It was announced this week that Cannibal Corpse had reached 2 million in album sales, making them the unquestioned best-selling death metal band to date. The band’s consistency is virtually unrivaled, especially when considering the uneven careers of some of their contemporaries, i.e. Deicide, Morbid Angel, and Obituary, who even though have remained on the straight-and-narrow, don’t quite have the pizazz. But, it’s a tremendous accomplishment for Cannibal Corpse, a feat unlikely to be replicated in this era of dwindling sales. Hats off to them, and here’s to hitting the 3-million mark. – David E. Gehlke

General housekeeping
Don’t forget about our giveaway for the wacky 6:33, a Faith No More/Devin Townsend cross. Enter here to win!

Features
Necroholocaust may leave on the CAPS button when responding to interviews, but they sure are entertaining, and good.

With a new singer and a new lease on life, The Agonist have some bright days ahead, as we found out in this interview.

Reviews
Finnish folk metal masters Ensiferum continue to be one of the style’s most dependable bands, as found on One Man Army.

Former Isis mainman Aaron Turner returns in Sumac, who keep it heavy on The Deal.

The reissue of Chastain’s The 7th of Never proves to be a vital one.

British wackos A Forest of Our Stars reach new (weird) heights on Beware a Sword You Cannot See.

The news in ten
1. Cradle of Filth is still causing a stink with their infamous t-shirt.
2. Nightwish premiers the long-awaited video for “Elan.”
3. Dragonforce to release their first live DVD.
4. Skiing with Metallica, anyone?
5. Cannibal Corpse hits 2 million in sales.
6. Voivod and Amebix members hook up in Tau Cross.
7. Faith No More to release their comeback album, Sol Invictus in May.
8. Unleashed to release Dawn of the Nine in April.
9. Korpiklaani reveals new album artwork.
10. Nightwish’s Tuomas Holopainen laments the early leak of the band’s “Elan” single. 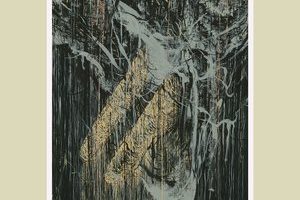 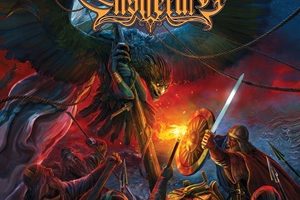