The last few months of 2016–like every other year–will bring forth a wealth of releases in which to tackle. This bottleneck is near-impossible to navigate, but we’ll give it our best shot, including the September 2016 edition of Rapid Fires featuring Ancillotti, Cryfemal, Deadspace, Guitar Force, Khepra, Lord Almighty, Minenwerfer / 1914, Narnia, Nonexist, Octopurath, PG. Lost (pictured), Ruptured Birth, Thundershield, and Xaon. 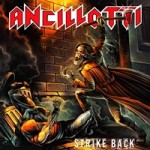 Ancillotti – Strike Back (Pure Steel Records)
When three-fourths of your line-up is family, that makes chemistry a given. Italian band Ancillotti has brothers Daniele on vocals and Bid (Sandro) on bass, with Daniele’s son Brian on drums plus ‘blood’ brother Ciano (Luciano) on guitar (in quotes for figurative license). Strike Back as a second album positions itself in a traditional heavy metal template – giving a mixture of accelerator numbers (“To Hell with You”, “The Hunter”) and mid-tempo stompers (“Immortal Idol”, “Life Is for Livin’”) that seem like a tamer Priest/Accept combination. Daniele’s delivery is part Mat Sinner, part ex-Candlemass’ Messiah Marcolin – a difference maker that could please some while make others run to the hills. An 80’s sound that has a modern punch, Ancillotti may be more cult than hip, but they stick to their guns and that’s admirable. – Matt Coe (Ancillotti official website) 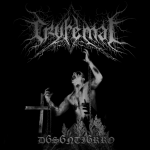 Cryfemal – D6s6nti6rro (Osmose)
Relegated to primarily the nether regions of the Spanish underground scene, Cryfemal have been hanging around since 1996, only to break up in 2011, then reform in 2015. Led by the one-man show that is Ebola (he of promotional shots with a gun in his mouth), Cryfemal plays a venomous style of blackened death metal on D6s6nti6rro, somewhat emblematic of many of the bands on Osmose. There’s some noticeable songs of distress and (dis)harmony, the most obvious being “Bajo Astral,” which makes hay with a rather excellent buzzing main riff. Sure to get some quick looks because of Ebola’s extreme imagery, Osmose continues to add to their impressive cabal of extreme metal acts with Cryfemal. – David E. Gehlke (Cryfemal Facebook) 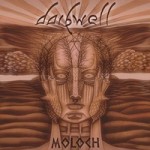 Darkwell – Moloch (Massacre Records)
Born in 1999, Austrian gothic metal band Darkwell return for a second go-around after personal reasons suspended activities for almost a decade. Moloch is the quintet’s third full-length, an 11 song effort into gloomy, doom-laden waters where Type O Negative meets Left Hand Solution – as Alexandra Pittracher glides in a semi-operatic, soothing fashion with her vocals. Ramping up the riff energy in spots for “Yoshiwara”, it’s the swinging mid-tempo churn of “Golem” with funeral keyboards supplementation or spacious “Bow Down” that should win most over. Saving the longest song for last (the guitar-trilling 7:01 “Awakening”), Darkwell revert to a lot of the early genre hallmarks that could make Moloch a surprise hit in the gothic metal community. – Matt Coe (Darkwell on Facebook) 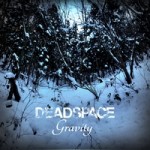 Deadspace – Gravity (Self-Released)
Deadspace were already on a roll with their 2015 album The Promise of Oblivion, and Gravity represents their latest effort. Four songs clocking in at over 30-minutes, Gravity stays around just long enough. The atmosphere both depresses and lifts at the same time, the contrast of melodic and post-influenced material and more caustic black metal influenced filth also works like a charm. Lengthy tracks aren’t hampered by their length, rather using the time to their advantage and fleshing out all of the necessary moments to make each song work. “Life” even brushes with some near melodeath riffing to add to the mix. All in all, Deadspace has become even stronger with this release and post-black fans should be checking in for a stay here. – Kyle McGinn (Deadspace on Facebook) 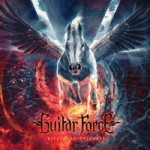 Guitar Force – Different Universe (Inverse Records)
Guitar Force is a Polish heavy metal band that throw a veritable potpourri at us on the vocal and musical front for Different Universe. A six-piece outfit with three vocalists, three guitarists, and violin play makes for interesting harmony and rhythm hook underpinnings – imagine Iron Maiden going in a Skyclad/folk-ish direction and you’ll see why “To the End of the World with Ronin” and “Without Names” conjure up sweet traditional memories, while the vocals have an 80’s melancholic meets symphonic siren charm. Don’t expect fast and furious tempos or off to the races riffing – it’s more classically-oriented and NWOBHM based, making this 40-minute record easy to ingest and dig due to the immediacy of the melodies. – Matt Coe (Guitar Force on Facebook) 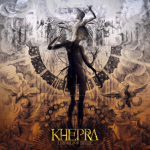 Khepra – Cosmology Divine (Rain Without End)
Somewhat of a reach for the normally Goth/atmospheric-heavy Rain Without End Records, Khepra are a Turkish symphonic/folk death metal band with just over a year of work to their credit. (Note: They were previously known as Gürz since 2009.) However, their Cosmology Divine debut has several modes of versatility in their chosen sphere. Think a heftier Thyrfing combined with the sharp angles of Suidakra, just without the melodic action. Voluminous, big numbers such as “We Are Descending” and “Evil Incarnate” are the ones to watch for. – David E. Gehlke (Khepra Facebook) 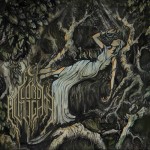 Lord Almighty – Paths (Self-Released)
Originally released at the tail-end of 2015 but still receiving a promotional push, Lord Almighty’s Paths finds itself in the crosswinds between, thrash, black, and punk metal. Now, Skeletonwitch would generally be the first band to come to mind with such a pairing, yet Lord Almighty have a bit more grime to them, as found on “O Wanderer” and “Rebuilder,” a mid-tempo grinder that opens the album up. Spaced throughout are brief instrumentals, giving Paths the look and feel of a full-bodied offering that is easy to lap up. – David E. Gehlke (Lord Almighty Bandcamp) 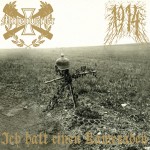 Minenwerfer / 1914 – Ich hatt einen Kameraden (Archaic Sound)
Militant, if not off-the-rails black metal versus blackened doom/death is how the split between Minewerfer and 1914 is billed. Conceptually, the split details the battles fought on Eastern front during 1914-1915, during the Carpathian and Masurian campaigns, but it’s the brazen BM offerings of Minenwerfer (their one-guitar attack is rather abrasive), and the subtle melodic leanings of 1914 that give this split some legs. A cool concept (Hail of Bullets would be proud), and two bands with a bright future ahead. – David E. Gehlke (Minenwerfer Facebook/1914 Facebook) 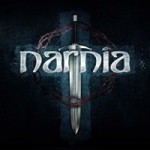 Narnia – Narnia (Self-Released)
Reforming after an original 15 year run that includes six-full length studio albums and stints on Nuclear Blast and Massacre Records, this self-titled album revisits their neo-classical oriented, positive/Christian leaning lyrical style with a bit more bite and punch in the production department. The dramatic yet leather-lung pipes of Christian Liljegren plus the steady axe skills from CJ Grimmark put songs like “I Still Believe” and “Moving On” into a more palatable Malmsteen meets Iron Mask platform, although the band can get more commercial/modern groove leaning to varying degrees of success on the mid-tempo “Messengers”. Solid old school neo-classical power metal with lots of arpeggio runs on guitars/keyboards that doesn’t rock the boat here. – Matt Coe (Narnia on Facebook) 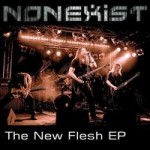 Nonexist – The New Flesh EP (Self-Released)
Long-standing and underrated Swedish melodic death metal act return after last year’s From My Cold Dead Hands, The New Flesh is a short EP that sees the band doing more of the same (which isn’t a bad thing). Notably, Johan Liiva is absent from the microphone, with mainman Johan Reinholdz taking over. Barring that difference, Nonexist continues to trend the waters that they’ve excelled in previously. Catchy melodic death metal that doesn’t soften the blow with too many melodies. Fantastic melodies and soloing are centerstage, with blaster “Dark and Twisted Universe” being the cut of choice for it’s relentless pace and attention to subtle melody. The band is already hard at work with another EP, and who can blame them, with the strength of this one. – Kyle McGinn (Nonexist on Facebook) 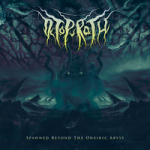 Octopurath – Spawned Beyond the Oneiric Abyss (Rising Nemesis Records)
Brutal death metal is at hand with Octopurath’s debut EP Spawned Beyond the Oneiric Abyss. Full-force brutality as far as riffs go, with some leaning into slam territory at times and some Broken Hope influences as well. A short EP length works well here, with enough density to the riffs to warrant repeated listens as the band pulls forward with all of the brutal fixings. It’s nothing outside of the norm, but the riffs do stand the test of time (something many peers’ riffs do not), which gives them an edge as they continue to move forward, hopefully into full-length territory. – Kyle McGinn (Octopurath on Facebook) 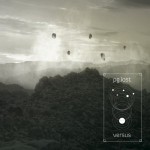 PG. LOST – Versus (Pelagic Records)
Possibly what Cult of Luna would sound like if they totally abandoned vocals (not a terrible idea, mind you) Sweden’s PG. Lost are a highly explorative, if not delicate instrumental post-rock band. And yeah, there’s that “post-“ thing coming at us again. As another point of comparison, the Swedes could cross paths with Pelican when they were at their best (in 2005), able to conjoin soft, spinning melodies, and the occasional brush with heavy riffing. Versus ease comfortably into all above categories, earning the band some nice touring opportunities with Alcest and Mono to boot. – David E. Gehlke (PG. Lost Facebook) 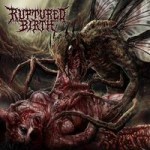 Ruptured Birth – Transmutant (CDN Records)
Doesn’t take a rocket scientist to figure out the sound of Ruptured Birth upon viewing the artwork. Slamming death metal at high octane speeds (and of course, some slam slowdowns). Ruptured Birth do know they aren’t exactly the first to offer up this style, and the sci-fi elements and vibe helps the band from seeming like they are simply more of the same. Some moments of great melodies within the brutal framework don’t hurt either (see “Strogg”), and help to keep the band feeling fresh from start to finish. Slam fans will dig the brutality, but it’s good to see the band more capable than simply leaving it at that. – Kyle McGinn (Ruptured Birth on Facebook) 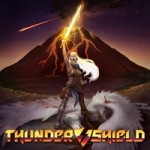 ThunderShield – ThunderShield (Self-Released)
You gotta love a quintet like Georgia’s ThunderShield that admits through info on their Facebook page they are ‘the most ridiculous traditional power metal band from their state’. Nothing like poking fun at yourselves, right? This self-titled album sure has plenty dungeons and dragons talk, as well as catchy guitar hooks and soaring vocals that European-oriented aficionados treasure (think Grave Digger, Rage, and a little Iron Maiden), but with a bit more of a heavier, old Destiny’s End bite at times. The opening “Specter of Light” clocks in a robust 8:55, but there’s plenty of 4-5 minute tracks that get the job done as well – “Draconia” and “The Doctor Is In” two highlights. Robust guitar harmonies, double bass throwdowns, soaring melodies – brandish the sword and aim to sky, ThunderShield lives for all the clichés. – Matt Coe (ThunderShield on Facebook) 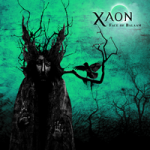 Xaon – Face of Balaam (Self-Released)
Always nice to find another modern melodic death metal act to check out. Swiss act Xaon fits the bill, giving a melodic death/thrash backbone with upbeat tempos and some synths to help add to the overall feeling. “Discrowned” features none other than Bjorn Strid (Soilwork) lending a helping hand on vocals, seemingly adding the final piece to the puzzle (doesn’t every melodeath act have Bjorn sing on a track at one point?). It’s all well-rounded stuff, with cleans and acoustics on “When the Everlasting Gardens Die Away” being a nice touch to open the song, and “The Soulcleaner” having a good combination of venom and melody. It does feel somewhat generic at points, but Xaon display the songwriting tact needed to expand with future outings. – Kyle McGinn (Xaon on Facebook)