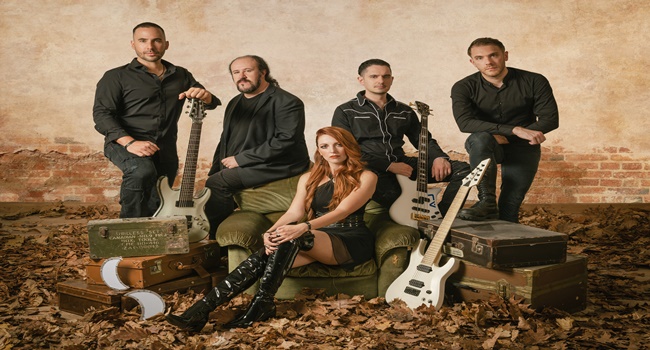 It’s another round of our Rapid Fire column, this time looking at a few releases from the month of March. Here are our quick hitting takes on a few releases from the diverse international metal scene, including the work of Allison, Bastard, Bomber, Deathbell, Ghost Toast, Illumination, Moonlight Haze (pictured), New Horizon, and Palantir. 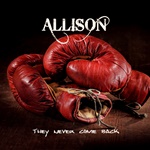 Allison – They Never Come Back (Massacre Records)
After releasing two albums in the 1990’s, Allison from Switzerland went on a long two decades-plus hiatus.They Never Come Back is the quintet’s return, new lineup and recharge in hand to do what they want to do this time around. Expect straightforward bluesy hard rock with occasional heavier inflections, the soulful voice of Janet La Rose captivating as the swampy elements to “Edge of Golden Days” becomes an easy earworm, while the organ strains against diverse clean to driving chord sequences make “Beautiful World” a Deep Purple-esque charmer.The talk box accents during “Merry-Go-Round” are a nice dynamic touch, while “Can You Hear Me” is a back half energetic outing with solid main musical hooks and even slide guitar during the lead tradeoffs. Sure to appease the old school brigade. – Matt Coe Allison on Facebook 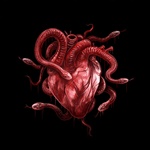 Bastard – Rotten Blood (Distortion Music Group)
Midwest quartet Bastard unfurl their second album for Rotten Blood – a ten-track excursion into blackened thrash metal spit from the cloth of early Venom, Motörhead, and primal European offshoots. Expect crazy lead breaks, acidic roller coaster vocals, energetic compositions, plus frantic fills as “Leather Bound Book of Lies” and “Spellbound” spin around your headspace like bees swarming to inject stingers into their next victim. It’s great to hear the bass gaining equal footing as the churning guitars, the gang-like shouts an added bonus throughout. With a steady lineup now in place, may the third record come quicker down the line. Highlights vary – the traditional, melodic runs during “Crescent Horn” a personal headbanging fave for this scribe. – Matt Coe Bastard on Facebook 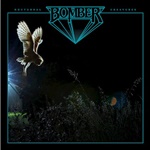 Bomber – Nocturnal Creatures (Napalm Records)
Another Swedish group living for that denim and leather, primitive hard rock/metal style as Bomber issue their debut album for Nocturnal Creatures. The four-piece crank the guitars up to ten, delighting with catchy hooks, multi-part vocal support for key verse/chorus components, letting loose in a mixture of 70’s/80’s influences from an early NWOBHM meets AC/DC prism. Feel the smoke rise and amps burn to “Fever Eyes”, the slower dual guitar harmonies giving a tip of the cap to Thin Lizzy, while “Black Pants Magic” has that solid metal anthem template, the clean transitions and vocal melodies ideal for those into all things Striker. Proper gallops, dynamic songwriting, passion, and care for the cause – Bomber check off all those requisite boxes for an entertaining record. – Matt Coe Bomber on Facebook 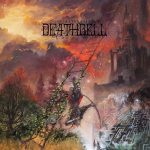 Deathbell – A Nocturnal Crossing (Svart)
Fuzz-laden doom is a mixed bag. Since, of course, there’s little wiggle room outside of fuzzed-out guitars and slow-mo beats that are heavy on the china cymbal, bands like Finland’s Deathbell need to think of alternatives. In this case, it’s vocalist Lauren Gaynor, whose haunting drawl colors the songs appropriately, especially album opener “The Stronghold and the Archer.” It’s easily the best cut here, bringing home rousing melodies and an up-tempo spark. From there, though, Deathbell gets slowed down by the usual fuzz-doom tropes like obvious riffing and lack of dynamics. Gaynor is clearly the best thing the band has going for itself, so it’s fair to ponder whether Deathbell would be more inclined to write songs more aligned with her strengths. For now, it feels like the opposite. (Deathbell on Bandcamp) – David E. Gehlke 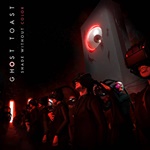 Ghost Toast – Shade Without Color (Inverse Records)
Intended as a double album, Shade Without Color is the follow-up to 2020’s Shape Without Form record from the Hungarian act Ghost Toast. Taking T.S. Eliot’s The Hollow Men poem as the subject matter for exploring the process of ideas leading up to emptiness – be it personal fate, weakness, impersonal technology, or feelings of being threatened. We have nine tracks of instrumental, experimental progressive rock/metal at hand – intriguing musicianship, wide mood shifts, narrative sequences, embellishing the instrumentation with cello, acoustic guitars, keyboards, and normal conventional tools of the trade. Surprisingly smooth in texture given the flow of ideas put forth – songs like “Leaders” and “Deliberate Disguises” intriguing for heavier/quieter contrasts, bringing to mind Porcupine Tree, Rush, and Gojira. At sixty-seven minutes, Ghost Toast serve up dynamic material that will take a while to process – but well-worth it for progressive-minded people. – Matt Coe Ghost Toast on Facebook 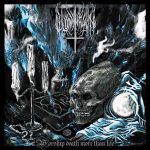 Illumination – Worship Death More Than Life (Personal Records)
Properly stationed under the depressive black metal banner, Brazil’s Illumination dish out an ample, if not highly rewarding display of sorrow and extremity on Worship Death More Than Life. The production propels these songs, heaving forth those beloved, raw sounds from the 1990s, warts and all. And that’s where the atmosphere starts. Without the aid of keyboards or orchestration, Illumination instead intertwine heaps of melodic guitar lines with some clever riffing that if not paying proper attention, could be slotted into death metal. Either way, this is churning, morose stuff, with a degree of sophistication that lurks well within the abyss, challenging those who seek to go deeper down. (Illumination on Facebook) – David E. Gehlke 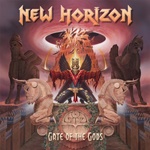 New Horizon – Gate of the Gods (Frontiers Music)
Containing two members with ties to Swedish melodic rock/AOR superstars H.E.A.T., New Horizon encompasses a love of classic European-oriented power metal for this debut album Gate of the Gods. Between Erik Grönwall’s stellar vocal range and Jona Tee’s solid knowledge and strength at multi-instrumentation and songwriting, most will scream, shout, and raise fists to the Lost Horizon/ Edguy charge of “We Unite”, the anthemic march for “Call of the Underground”, plus the mystical charm and Manowar/Dio-esque nature of the closing, 7:29 title track. Add in guest support from members of Dragonforce, Dynazty, Mustasch, and Temple Balls among others, and this should meet high five approval for the power throngs everywhere. Revel in double kick-supported speedy riffs, catchy keyboard passages, and tremendous melodies ready for alcohol-fueled audience support. -Matt Coe New Horizon on Facebook 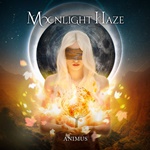 Moonlight Haze – Animus (Scarlet Records)
Vibrant days for Italian symphonic/power metal quintet Moonlight Haze – as Animus is the third album in four years for the group. Hammering home a mix of potent commercial-leaning tracks like “It’s Insane” and “Tonight” with energetic flourishes such as “We’ll Be Free” and the bombastic “A Ritual of Fire”, it’s easy to see how vocalist Chiara Tricarico and her fellow musicians balance out a love of Nightwish/Delain-like symphonic measures with Labyrinth/Edguy-oriented glory. The back-and-forth vocals for closer “Horror & Thunder” are a nice dynamic touch, while the layers of keyboards throughout never overshadow the driving guitar work to keep things in the classification of metal. Combining supreme knowledge of their craft and musical abilities in a thoroughly engaging package, the following should continually increase as this is another winner. – Matt Coe Moonlight Haze on Facebook 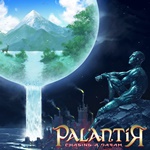 Palantir – Chasing a Dream (Stormspell Records)
Stepping up to the plate as a sextet now, Palantir displays their neo-classical power/symphonic metal prowess for this second album Chasing a Dream. Plenty of stellar lead parts, crunchy, sophisticated rhythms, adventurous rhythm section work, plus soaring/captivating vocals for those who love classic Stratovarius, Nocturnal Rites, Firewind, and Lost Horizon. Songs like “Queen of the Moon” and “The Beast Within” take you to another dimension of space and time, while closer “Read the Signs” should lift spirits through its majestic emotional melodies and solid transitions chock full of keyboard/guitar classical meets cultural harmony runs. Let’s hope the third album hits the streets quicker than five years, as this is ironclad and glorious. – Matt Coe Palantir on Facebook