The thick of the summer (and its never-ending heat) has brought another round of Rapid Fires, our short review column. There’s plenty to chew on this month, including: Blitzkrieg, Chaos Magic, Ironhawk, Rancor, Rezet, Sideburn, Tungsten, Venus Principle and White Ward (pictured). Have at it! 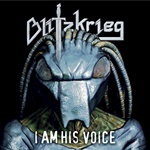 Blitzkrieg – I Am His Voice (Mighty Music)
Previewing the upcoming album, Blitzkrieg return with their latest single “I Am His Voice.” The impeccable presence of Brian Ross rises to the occasion, while the riffs possess a darkened, modern and melodic edge against the mid-tempo shuffle. The cultural guitar harmonies heighten the background vocal passages to a fitting end. As a bonus, we get a live version of the band’s 1985 song “Pull the Trigger,” another straightforward staple of what long-timers have come to know and love about this NWOBHM act. Thankfully this style never fades into oblivion – and should set up the forthcoming full-length in ideal fashion. -Matt Coe Blitzkrieg on Facebook 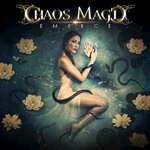 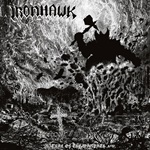 Ironhawk – Ritual of the Warpath (Dying Victims Productions)
Living for a primal blend of punk, speed and heavy metal, Austrian trio Ironhawk deliver a pissed-off mix of all those genres on this debut album Ritual of the Warpath. Beyond the bullet laden band logo and stage names that all contain umlauts (Ängie Climax on bass, Vyvyan Bästerd on drums, Simön Slaughter on guitars/vocals), these ten cuts slice and dice in a way that Venom, Motörhead, Exciter, and Midnight live for. Blazing solos, speedy/crusty tempos, deep visceral screams, and distant production values allow “Sanctimony” and the tribal-ish tempo aspects of “Gates of Beyond” to summon demons from below, while the closing title track adds interesting cultural licks and traditional lead bends/runs to the upbeat bass/double kick proceedings. Another underground outing for the old school crowd to salute and worship. -Matt Coe Ironhawk on Facebook 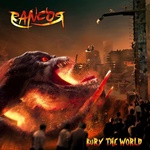 Rancor – Bury the World (Xtreem Music)
Bringing a mix of American speed metal, thrash, and power from the 80’s to the table, Spain’s Rancor drill listeners with another intense set of material for their fourth album Bury the World. The sturdy rhythms, secondary harmony guitar touches, gang-like chorus/background vocal support, plus general knowledge, execution, and confidence allow songs such as “Digital Criminal”, “Evil Subjugation”, and “Crushing Your Bones” to succeed much like classic Overkill, Megadeth, and Heathen. Vocalist Dani has a raspy militant delivery that crosses mid-range Russ Anderson with Sean Killian, while the energetic nature overall to these ten tracks should appease even the most critical of thrash mavens. Another record well-deserving of praise and hopefully raising the profile of Rancor worldwide. – Matt Coe Rancor on Facebook 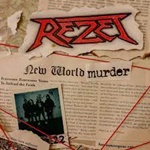 Rezet – New World Murder (Self-Released)
Pivoting when the proverbial chips may be down, Rezet returns with this DIY New World Murder EP. Vocalist/guitarist Ricky Wagner and drummer Bastian Santen recruit a new bassist and guitarist in Lorenz Kandolf plus Jan-Erik Fischer to put forth three new songs plus a 70’s classic from Deep Purple into a hard-hitting thrash outing that gets in and out through 13 minutes and change. “The Devil’s Bride” intertwines early Metallica/Motörhead vibes, while “Alien Noises” features the fierce guest vocal support of Schmier from Destruction against a crunchy riff march. “Fireball” ends the proceedings, the energetic drumming and stellar lead work proving these musicians have supreme knowledge and ability at their instruments. Sticking to their strengths puts this EP on a better course than last year’s Truth in Between full-length. – Matt Coe Rezet on Facebook 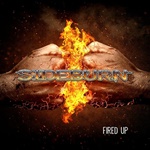 Sideburn – Fired Up (Massacre Records)
Sideburn is another veteran Swiss band that crank up their blues-based, three chord driven hard rock to maximum excitement levels for their latest album Fired Up. Active on the recording front since the late 90’s, elements of classic AC/DC and Motörhead come front and center when taking in the fun tales of rebellion, partying, and sexy rock n’ roll action from “Sweet Obsession (Ride On)” to “Heading Down the Road 69” and stomper “Paid My Dues”. Add in the whiskey-high screech of singer Roland Pierrehumbert (equal parts Niklas S. of Wolf and Stephen Pearcy), occasional harmonica spots, and wah-wah induced solos, and it’s a perfect, blow off steam outing getting the job done with a dozen cuts at forty minutes. . – Matt Coe Sideburn on Facebook 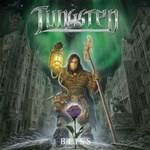 Tungsten – Bliss (Arising Empire)
Featuring ex-Hammerfall drummer Anders Johansson and his two sons Nick (guitars) and Karl (bass/screams) plus vocalist Mike Andersson (Cloudscape), Tungsten produces a modern form of industrial-laced melodic power metal for their third platter Bliss. Folk-aspects come in spots of keyboard hooks for “Dreamers” and the mid-tempo “On the Sea”, while driving riffs penetrate “Wonderland” and the crunchier opener “In the Center”. Animated in atmosphere, the right mix of power, groove, and catchy hooks/melodies will entertain multiple facets of the folk, power, and modern metal communities. While radio-friendly the majority of the time, the “Northern Lights” finale at almost seven-minutes unleashes those supplemental wind chimes, vocal effects, mead-hall choirs, and cultural accents to carry this epic over the mountain and through the woods. Delightful fare indeed. -Matt Coe Tungsten on Facebook 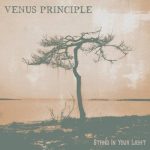 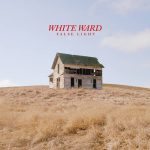 White Ward – False Light (Debemur Morti)
Ukrainian avant-garde black metallers White Ward obviously have more pressing concerns than music at the moment. False Light was tracked before the Russian invasion and it’s tone, tenor and feel reflect a band more in tune with their melodic side than ever. Previous outings Futility Report (2017) and Love Exchange Failure (2019) combined odd, outward black metal with saxophone action; False Light takes an even deeper dive, complete with additional clean vocals and mellow sections. The black metal bashers lurk about and they’re the main draw here, but it’s easy to get the idea White Ward are gradually headed down Ulver-like paths. Whether they do or not, False Light is a triumph of the spirit. – David E. Gehlke White Ward on Facebook