The July 2022 edition of Rapid Fires, our short review column, contains a wide array of bands, from blazing Australian death/thrash, symphonic power metal, progressive metal and everything in between. It’s what makes things so exciting. Up for debate this month is: Denouncement Pyre, Dreamtide, Fellowship, Gallower, Gathering of Kings, Lost Nebula, Reternity, The World Without Us, Trial and Volcandra (pictured). 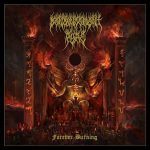 Denouncement Pyre – Forever Burning (Agonia)
Destroyer 666 is often the first name uttered for Australian blackened thrash, but don’t sleep on their countrymen Denouncement Pyre. The band has been plying its vitriolic trade since 2003, with its most recent foray being 2016’s Black Sun Unbound. On Forever Burning, the Aussies meld rampant blasts with brisk, Slayer-winding tremolo picking, engaging in that sort of raucous, headbang-while-drunk-and-wearing-spikes feel that few bands can pull off properly. And there’s plenty of rampaging going on, whether it be “The Liberating Fires of Moloch” and its near-rocked-out portions or “Darkness in the Eyes of Apophis,” which chips in with nearly the same riff idea. It doesn’t matter. Denouncement Pyre, across eight cuts and over 41 minutes show Australian extreme metal stands on its own two feet. – David E. Gehlke (Denouncement Pyre Facebook) 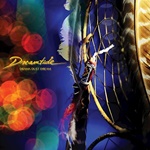 Dreamtide – Drama Dust Dream (Pride & Joy Music)
A German act with members who have had ties to Fair Warning and Running Wild in the past, Dreamtide is a quintet pushing out a guitar-oriented, melodic hard rock/metal outing for Drama Dust Dream. This fourth studio platter contains twelve catchy, diverse tracks – crunchy, straightforward riffs and proper vocal positioning along with smooth rhythm section backbone at the heart of these solid European-oriented bangers. Between the high-pitched AOR to metal delivery of singer Olaf Senkbeil and the bluesy, guitar-hero thoughtful riffs/lead breaks, there’s plenty to savor from energetic numbers like “Spin” plus Europe-esque “Leisure Saints” (think Wings of Tomorrow period) as well as more commercially driven power ballads like “Around” or “For the Fairies”. Brandish lighters while bringing your voices to the front, as Dreamtide provide that late 70’s to 80’s style and template to enjoy. -Matt Coe Dreamtide on Facebook 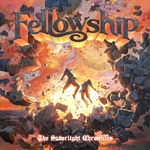 Fellowship – The Saberlight Chronicles (Scarlet Records)
Rejoice in symphonic power metal act Fellowship – quickly gaining acclaim in three short years to develop this debut full-length The Saberlight Chronicles. Imagine uplifting Disney-oriented orchestration and happier melodies around twin guitar power riffs, harmony runs, and soaring vocals with choirs ever flowing and that gives you insight into this twelve-track, 64-minute escapade. Helloween meets Dragonforce musical escapades for “Until the Fires Die”, while “Silhouette” showcases the restrained, sensitive ballad side of things. Energy floods this aural landscape, it’s an adventurous affair sure to go down like gangbusters to the sword and sorcery/fantasy crowd, especially if names like Twilight Force, Gloryhammer, and others check off your excitement boxes. This dares you not to smile throughout its proceedings. – Matt Coe Fellowship on Facebook 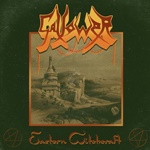 Gallower – Eastern Witchcraft (Dying Victims Productions)
Polish trio Gallower follow-up their 2020 Behold the Realm of Darkness full-length independent release with a quick hitting five track EP Eastern Witchcraft moving up to Dying Victims Productions. Vicious, chaotic, conjuring up the likes of Bathory, Hellhammer, Venom, and early Sodom – songs like “Claws and Fangs” and “Enchanted Woods” contain that unhinged 80’s spirit through evil vocals, haunting riffs with wild lead breaks, plus that distant production that were all the rage back in those times. Blackened thrash that aims straight to the underground maniacs – people unafraid of fitting in and march to the beat of their own hearts. May your ears bleed as Eastern Witchcraft slices through the aural landscape. – Matt Coe Gallower on Facebook 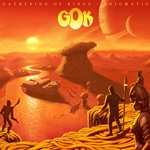 Gathering of Kings – Enigmatic (RN Records)
Bringing together the best Swedish musicians in the current hard rock/metal scene, Gathering of Kings as an outfit gains decent appeal for their craft – Enigmatic being the third album for the project. Guitarist Victor Olsson handles the songwriting, while vocalists like Jonny Lindkvist (Nocturnal Rites), Rick Altzi (Masterplan), Apollo Papathanasio (ex-Firewind) and a cast of guitarists, bassists, drummers and keyboards perform on these thirteen tracks of engaging melodic hard rock with AOR/metal inflections. Between the uplifting “Here Be Dragons”, Europe-esque “Firefly”, and 80’s movie soundtrack worthy “Clone Trooper” it’s clear that these musicians possess passion, character, and drive for this style – and deliver in spades. Imagine Avantasia for the older generation and you’ll get Gathering of Kings. -Matt Coe Gathering of Kings on Facebook 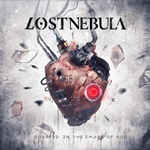 Lost Nebula – Created in the Image of God (Self-Released)
Combining an alternative mix of progressive metal that contains hardcore, pop, and breakdown elements, Lost Nebula from Mexico certainly embrace a kitchen sink musical approach for their latest EP Created in the Image of God. Between the slinky melodic to modern rapid-fire vocal delivery from Quetzalin Dominguez and intricate shifts from aggressive parts to serene tranquility, there’s a great amount of information to process, although circular hooks remain constant. Certain songs possess more of a progressive interplay aspect (“Technophobia” injecting a mix of Dream Theater-esque intricacy against Leprous/Tool-ish twists) while closer “The Post Human” settles into a subdued, hypnotic groove template featuring passionate vocal melodies and a driving instrumental sequence. Hopefully their next product is a full-length – as twenty minutes tantalizes and leaves listeners craving more. -Matt Coe Lost Nebula on Facebook 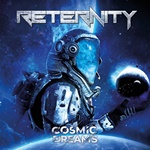 Reternity – Cosmic Dreams (MDD Records)
Delivering a third studio album in five years, it’s evident German melodic metal act Reternity push quality material out in quick fashion. Cosmic Dreams contains eleven tracks of heaviness, featuring electro/cyber and groove pulsations, never forsaking catchy guitar hooks and vocal melodies of the classic traditional mold. Sometimes hitting nu/groove metal marks for “Untamed Hearts”, or crunchy, semi-power nuances for “Only Scars Remain”, you get a veritable kitchen sink approach for the songs on display – making it difficult to pinpoint one specific influence that stands out from others. A new rhythm section brings new blood into the mix – Reternity probably best sits in that one to watch category, especially for the new generation that needs groove, gallop and aggression next to those melodic hooks. – Matt Coe Reternity on Facebook 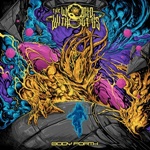 The World Without Us – Body Forth (Self-Released)
Forming in 2018, West Chester, Pennsylvania is the home base for progressive death metal quintet The World Without Us. Body Forth as the second EP shows a remarkable gargantuan attack with the marriage of modern, groove-laden progressive metal as well as intuitive, alternative clean melodies against the abrasive extreme screams/growls. Imagine a mixture of Protest the Hero, Periphery, and the Contortionist as far as the juggling of riffs, transitions, hooks, mesmerizing vocals, and stellar musicianship – taking “Eden” and the aural roller coaster “Peril” to the bring of insanity, then reeling you back in for another hypnotic trip. Another in the new breed that should gain favor as their multi-pronged attack leaves listeners desiring more, the explorative nature exciting to watch. – Matt Coe The World Without Us on Facebook 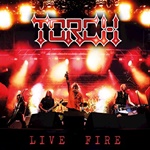 Torch – Live Fire (Metalville Records)
Four years removed from a Sweden Rock appearance in 2018, Swedish metal legends Torch put this show on the backburner while working on their next studio album. The time now is right to release Live Fire – a nine-song document of the firepower still present as four-fifths of that 80’s lineup cranks out mostly classics from the self-titled and Electrikiss records. Very much NWOBHM-inspired (think Tokyo Blade meets Accept), tracks like “Battle Axe”, “Thunderstruck”, and “Mercenary” should get those hands clapping, toes tapping, and leave fans wanting more to relive those nostalgic days. Another old school, heads down thriller that never fails to get people energized. – Matt Coe Torch on Facebook 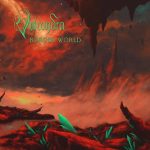 Volcandra – Border World (Prosthetic)
Bands should do more EPs during these attention-starved times. Think about it: How often do listeners make it through an entire LP anyway? Likely not many. At any rate, here’s Louisville, Kentucky’s Volcandra trotting out the four-song Border World EP. They’re listed as a black metal band in their accompanying bio, but Volcandra has too many (good) things going on to be limited to one style. Their amalgamation does include a fair share of melodic action, rumbling like The Black Dahlia Murder crossing paths with a less diabolical Watain, if that makes any sense. The best cut here is “Resonance Cascade,” which dips into the aforementioned melodic pool and also fetches some sideways, brazen thrash. So, again, it’s probably not wise to put these fine gents into just the black metal category. Lots of promise here. Looking forward to the full-length. – David E. Gehlke (Volcandra Facebook)