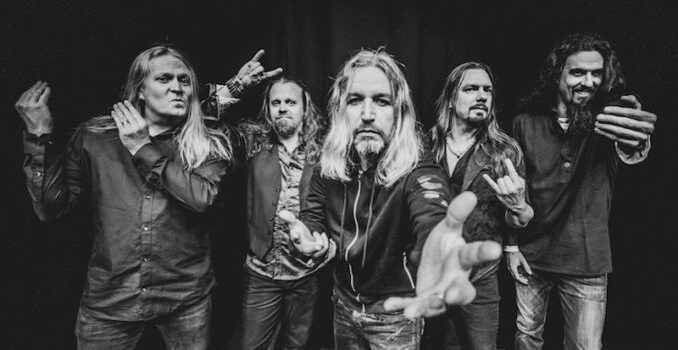 The September 2022 edition of Rapid Fires, our short review column, boasts the usual array of the underground’s finest. Up for review this month is Dark Forest, Evermore, Hartmann, Infidel Rising, Power from HellRage, Skelator, Sonata Arctica (pictured) and Unchained Horizon. 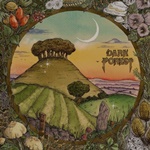 Dark Forest – Ridge & Forrow (Cruz del Sur Music)
Celebrating their 20th anniversary as a band, UK traditional metal outfit Dark Forest release this new EP Ridge & Forrow. Content to create new material during this extended downtime, we receive four original tracks plus a re-recording of “Under the Greenwood Tree” originally released on 2011’s Dawn of Infinity album. The injection of twin guitar harmonies plus cultural/epic melodies provides that continuity one hopes for in this group – aspects of Iron Maiden, Twisted Tower Dire, and others in that epic/power mold come to the forefront through the gallop-fueled “Skylark” and the super catchy folk-ish, electric title track. The bard-like midrange from singer Josh Winnard provides that wizard on mountaintop atmosphere, allowing you to set sail to another realm. Another bright outing to treasure. -Matt Coe Dark Forest on Facebook 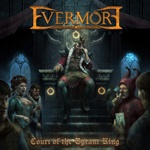 Evermore – Court of the Tyrant King (Scarlet Records)
Self-released in 2021, Scarlet Records signed Swedish power metal act Evermore and have re-released this debut album Court of the Tyrant King for wider distribution. Those who love uplifting melodies, power tempos, and solid twin guitar rhythms with stirring lead break action like classic Helloween, Edguy, and Nocturnal Rites will savor “Call of the Wild”, the majestic anthem-oriented “Northern Cross”, plus 7:30 adventurous “See No Evil”. Although relatively short by this genre’s standards, eight tracks at 41 minutes proves less is indeed more, the keyboard/orchestration aspects appropriate but not overshadowing the electric instrumentation as well as soaring falsettos. Raise those swords (and fists) to the sky, Evermore should garner plenty of kudos for their classic power stance never falters. – Matt Coe Evermore on Facebook 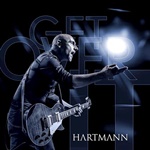 Hartmann – Get Over It (Sonic 11/ Pride & Joy Music)
Singer Oliver Hartmann has a rich history in melodic hard rock/metal – best known for his work within Avantasia and At Vance. Hartmann now releases their tenth album Get Over It, an eleven-track effort chock full of radio-friendly melodic rock with elements of AOR, gospel, and classic hard rock at heart. Ina Morgan’s choir vocal embellishment keeps opener “Remedy” top of mind, while the guitar/drum groove for “What You Give Is What You Get” blends together aspects of early Whitesnake, Gary Moore, and 80’s Bryan Adams to a tee. Ballads, mid-tempo rockers, swingers, it’s all there and more, the silky smooth, bluesy register of Oliver pristine and potent as ever. Another standout to the good, especially for those who appreciate solid songwriting with emphasis on stellar vocal/musical hooks in a movement that still has vitality for those in the know. -Matt Coe Hartmann on Facebook 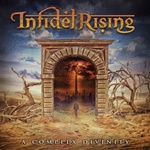 Infidel Rising – A Complex Divinity (Pure Steel Records)
With a pedigree across the power/progressive metal scene due to work in acts like Power of Omens, Fiarro, and Millennial Reign, Texas quintet Infidel Rising release their second album A Complex Divinity. Evolving in the seven years between records through a newer lineup, listeners can expect an hour-long journey into a bevy of US progressive plus cross-continental power maneuvers – virtuoso musical interplay, majestic vocal melodies, powerhouse drumming collectively engage those historic 80’s/90’s sensibilities. Highlights include the playful, neoclassical time signature monster “Ov Wormwood” all the way to the gracefully quiet to immaculate power ballad “Follow Your Light”. Sprinkle in guest cello spots and an extreme vocal passage and you have a solid outing for those bands tailor made for the Powermad Festival days. – Matt Coe Infidel Rising on Facebook 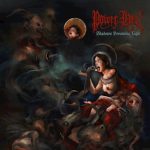 Power from Hell – Shadows Devouring Light (Debemur Morti Productions)
The cover of Power from Hell’s Shadows Devouring Light is ripe for a double-take. Its colors make it appear like it’s from a Disney film. Of course, it’s not, but such things are of little concern when running with Power from Hell’s dastardly brand of blackened thrash. There is little new to mine from Shadows Devouring Light (the band’s seventh full-length), but the Brazilians demonstrate the appropriate fire and fury on “Silence” and the abyss-dwelling “The Serpent’s Earthly Throne.” Some clean, atmospheric jaunts entry the fray on the title track, providing a much-needed respite and also demonstrating there’s more to these guys than extremity, positioning them, in a way, as the Brazilian Dissection. It makes sense since a respectable label like Debemur Morti has a knack for releasing such rewarding music. – David E. Gehlke (Power from Hell on Facebook) 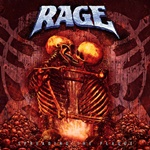 Rage – Spreading the Plague (Steamhammer/SPV)
When you have quality excess material during album recording sessions, if you are an experienced band such as Rage, you utilize the fruits of that labor for a future release. Hence the latest six-song EP Spreading the Plague. Half newer songs, half older songs in live, stripped down, or 2.0 contexts – the power/melodic veterans stride confidently along with their Teutonic brand of catchy heaviness. Be it modern in groove against shredding / harmony-oriented lead breaks for “To Live and To Die” or double kick propelled ferocity during “The King Has Lost His Crown”, these gentlemen offer energetic originals that whip listeners into a frenzy. The acoustic version of “A New Land” showcases the tender side of the group, while “Straight to Hell” displays a sinister, chugging groove side where Peavey’s vicious vocals mirror the musical proceedings. Why Rage isn’t bigger in North America is a mystery to this scribe. – Matt Coe Rage on Facebook 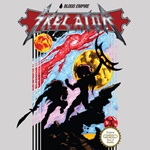 Skelator – Blood Empire (Gates of Hell Records)
A stop-gap release to satiate fans before the next album, Skelator issues Blood Empire – a four-song EP recorded in the fall of 2021 in the band’s rehearsal studio beyond their respective home workstations. Marrying the epic side of the quintet’s sound for “Good Day to Die” (love the “Powerslave”-like riffing in spots) against straight forward thrash cuts like “Bloodwine” or the opening “Deeds of Honor” – most will wield fists high as they anchor ears to the shrieking, Helstar-esque melodies of Jason Conde-Houston. The twin rhythm duties / harmony work from the Rob Steinway/ Robbie Houston axe team fills the room with smoldering embers of classic Iron Maiden, Jag Panzer, or Liege Lord spirits, subtle ambient keyboard/cultural tricks heightening the normal metallic proceedings. Add in science-fiction lyrical content pulled from Star Trek Klingon lore and you have the makings of a time traveling, speedy / epic journey that pulls at the unifying nature of this genre. -Matt Coe Skelator on Facebook 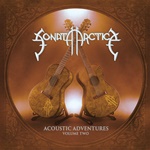 Sonata Arctica – Acoustic Adventures (Volume 2) (Atomic Fire Records)
Parallel to a planned Finnish/European tour, veteran act Sonata Arctica release the second volume of Acoustic Adventures, a trip down a reimagined memory lane of the band’s vast catalog in stripped down form. Twelve tracks that showcase the quintet’s talent even in subdued textures, including early favorites like “Fullmoon”, “Black Sheep”, and “Victoria’s Secret” – as well as recent staples such as “I Have a Right” or “Half a Marathon Man”. Great songs can be rearranged in multiple facets, as the use of organs, acoustic guitars, and softer drums accentuate the fine Kakko-led voice plus enhanced vocal harmony extensions. Often revisiting the catalog fuels the next proper studio record into passionate horizons – let’s see what’s next in store for this long-running outfit. -Matt Coe Sonata Arctica on Facebook 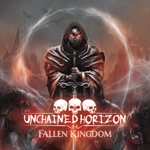 Unchained Horizon – Fallen Kingdom (Pure Steel Records)
Straddling the lines of classic heavy metal with some modern influences and tones, German quintet Unchained Horizon present a kinetic sound on this second album Fallen Kingdom. Stirring, culturally driven guitar lines from André Hanzen and Christian Kriesch as well as straightforward rhythm section support push “Stranger” and “The Marksman” into the hearts of classic Iron Maiden mavens, while the dramatic, theatrical nature to the vocals of Sascha Heese possesses a bit of Blind Guardian, Queen meets Metallica flavor for the circular, hypnotic title track. Dynamic, effective, and anthem-oriented including the right wind, nature, and acoustic accented ambiance, this record bleeds for the cause in a tight, under forty-minute window. Even the tribute to “Hallowed Be Thy Name” with the soaring Dickinson-esque screams for the conclusion of “Bridge to Nowhere” will send goosebumps everywhere. One to watch in the hidden gem arena for this style. – Matt Coe Unchained Horizon on Facebook