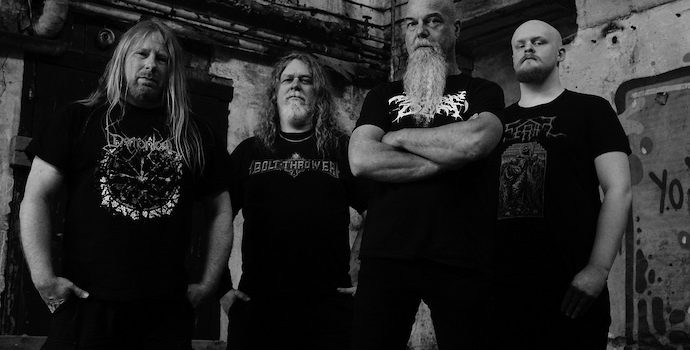 The May 2022 edition of Rapid Fires, our short review column, features the usual array of up-and-comers and scene veterans from all walks of metal life. If anything, the column shows the unabated versatility that grows by the day, or, year. Nevertheless, up for debate this month is: Black Eye, Centinex (pictured), Darkher, Ice War, Nitrogods, Outshine and Zero Hour. 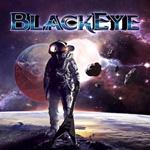 Black Eye – Black Eye (Frontiers Music)
Another vehicle to position premiere players in a comfortable niche, Black Eye is a project for vocalist David Readman (Pink Cream 69) joining forces with guitarist Aldo Lonobile and other Italian musicians for a ripping set of power metal material. Between David’s natural powerhouse voice with proper bluesy inflections and the supporting energy plus drive of the music, there are ideal highlights of European melodic power mastery from opener “The Hurricane” to arena rock leaning “No Turning Back” or crunchy, harmony-infused “Don’t Trust Anyone”. Expect melodic solos with shredding tendencies, plus engaging rhythm section parts that throw down exciting transitions while getting the groove front and center song to song. People into Masterplan or most of David’s power metal leanings will dig this. -Matt Coe Black Eye on Facebook 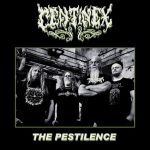 Centinex – The Pestilence (Agonia)
Sweden’s Centinex have nothing else to prove and have gracefully ascended into respected, veteran band status. While that does not preclude them from releasing albums of worth, it means they’re going to stay the course until they call it a day. The five-song The Pestilence EP afforded the Swedes an opportunity to harken back to their very early German thrash influences and record in a quick, in-and-out manner. It helped carry these tunes across the finish line with ease, namely the pummeling, Sodom-like “Armageddon,” which would make Mr. Angelripper smile, or “Evil is Evil,” which criss-crosses with American and German thrash. The Pestilence could be a harbinger of what’s to come for Centinex. With their Demonical offshoot still going strong and occupying their melodic ideas, Centinex may go full Teutonic. Good for them. – David E. Gehlke (Centinex on Facebook) 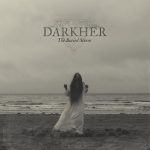 Darkher – The Buried Storm (Prophecy)
Jayn Maiven, otherwise known as Darkher, got off to an impressive start in 2016 with Realms, a Portishead-like go at dark metal. On her second album, The Buried Storm, Maiven follows a similar path, awash in the ethereal and cinematic, with space being used as a primary method of execution. Her wispy, willowy voice remains the enigmatic charmer here, especially during the build-ups on “Lowly Weep” and the plodding “The Seas.” The Buried Storm, though, doesn’t get to the point as quickly as Realms, and the down-tuned, semi-groggy guitars tend to put the songs in slow-mo when they should be building the atmosphere. Minor issues. Either way, Maiven has rightfully established herself as one of the U.K.’s most alluring new figures. Expect that to continue with The Buried Storm. – David E. Gehlke (Darkher on Facebook) 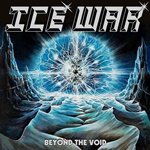 Ice War – Beyond the Void (Fighter Records)
Six albums in six years – a rarity in the modern age of metal, but Ice War is at that juncture career-wise through Beyond the Void. Jo ‘Steel’ Capitalicide helms the one-man outfit, and you’ll get another ten-track salvo in the heavy/speed metal domain. Rebounding into his heads down comfort zone with songs like “Hungry and Cold” and “No Future” where Iron Maiden, Omen, and the like reign supreme, you’ll also get some Manowar-vibes during “Unmarked Grave” plus occasional nods to synthwave/80’s soundtracks for “One Chance” and closer “Farewell”. Jo’s over-exuberance in specific upper ranges that are beyond his convincing capabilities notwithstanding, you have to admire the passion and consistency for churning out a record a year – Beyond the Void sure to appease most old school followers. -Matt Coe Ice War on Facebook 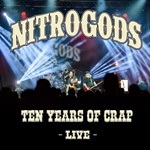 Nitrogods – Ten Years of Crap (Massacre Records)
The German power trio featuring ex-Primal Fear/Sinner guitarist Henny Wolter, Nitrogods celebrate a decade together with this double live outing Ten Years of Crap. Pumping out an 18 song setlist spanning their four studio albums plus injecting a quick hitting 86-second Klaus Sperling drum solo in the mix, expect bluesy driven hard rock and heavy metal with loads of 70s/80s spirit. Visions of Motörhead, ZZ Top, Rose Tattoo and Nazareth roar into your ears when hearing “Rifle Down,” “Gasoline” and “Rats & Rumors” among others. Closing with the rousing double kick singalong “We’ll Bring the House Down”, it’s three-chord driven, beer swilling, aggressive music for bikers and blue-collar workers to party along and get some pent-up frustration out in a healthy manner. -Matt Coe Nitrogods on Facebook 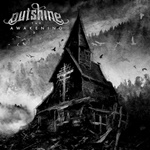 Outshine – The Awakening (Rockshots Records)
Combining a love of 80s horror movie soundscapes with gothic metal/rock, Swedish act Outshine, for their fifth album The Awakening, penetrates in that gloomy, dark abyss dripping in influences from Type O Negative and HIM to Paradise Lost. Guitarist/vocalist Jimmy Boman has a clear mid-range and lower register that takes sadness and melancholy to new levels, while the keyboards, guitars, bass and drums drive home simpler hooks through slight contrasts or open spaces. Quieter sequences for “Darkness Within” allow the electric elements much more brooding depth, while the seven-minute-plus “It’s All Lies” showcases proper restraint in the lengthier instrumental sequences, plus a super catchy chorus that should work miracles live. A style that won over millions in the 90s/ early 2000s, still relevant today as Outshine arrange the parts in the right places for maximum effectiveness. – Matt Coe Outshine on Facebook 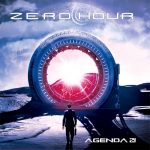 Zero Hour – Agenda 21 (Frontiers)
Long overdue, if not much awaited, American progressive metallers Zero Hour return with their first foray in 14 years, Agenda 21. Some old faces abound (see: returning vocalist Erik Rosvold), but co-founding member/bassist Troy Tipton is on the sidelines indefinitely due to an arm injury. Agenda 21 charts a familiar course for Zero Hour, melding tricky, time-signature bending riffs with complex rhythms within the framework of melodic, if not occasionally melancholic songs. The six cuts here all impress; “Stigmata” perhaps the most for its excellent middle break that runs up hyper-melodies to a crescendo. Rosvold, of course, sounds great, hopefully in it for the long haul, too, which could also be applied to Zero Hour. A welcome return from one of America’s most stately and unheralded progressive acts. – David E. Gehlke (Zero Hour on Facebook)