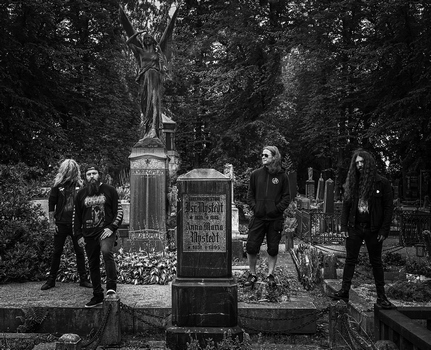 By the next time we have to write one of these Rapid Fire columns, we will have wrapped up all of the best albums of the year for 2021.  Crazy to think how incredibly fast this year has gone in hindsight, and the shifts that have occurred along the way.  With things finally opening back up completely, hopefully things continue along as we inch closer to 2022.  This month we look into Abscession, Darkheart, Earth Crisis/Snapcase/Strife, Fortress, Gourmand, Hyperdontia (pictured above), Killrazor, Lock Up, Morgul Blade, Sandstone, Show-Ya. 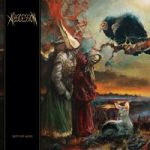 Abscession – Rot of Ages (Transcending Obscurity)
Nothing but fun old school Swedish death metal to be found here, and it’s of the highest quality.  Vicious, buzzsawing guitars, snarling vocals, and incredibly addictive melodies layered within all find their place in the band’s sound.  Incredibly aggressive, but it’s hard to shake the melodic moments that hit in each track (just listen to “Dead Man’s Hate” and say otherwise).  While the HM-2 worship is nothing new, it’s rare for a band to have such commanding knowledge of it and utilize all of its best qualities (without sounding like a copycat) to deliver a release that has to be one of the strongest in recent memory. – Katarina McGinn (Abscession on Facebook) 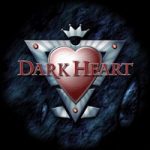 Dark Heart – Dark Heart (Sleaszy Rider Records)
Another NWOBHM act that released their debut album Shadows of the Night in 1984 for Roadrunner Records before disbanding in 1987, Dark Heart returns in 2021 for a self-titled second record. Featuring vocalist Alan Clark and a newer lineup, these ten songs still possess that fire and brimstone classic spirit – potent riffs, solid mechanics all around, with Alan’s soaring, melodic range still intact. The slower, keyboard-infused “Cast to Stone” possesses a bit of that early Whitesnake/Gary Moore-esque charm, while “Degrees of Separation” and “Break the Chains” sit in that harder Diamond Head, Saxon, or Judas Priest vein due to heavier, driving riffs and fierce vocal presentation. Pete Newdeck adds his years of experience on drums and production to give the record more of a modern punch without sacrificing the melodies, hooks, harmonies, and expert songwriting skills on display. Well worth your time if AOR-like NWOBHM is in your wheelhouse. – Matt Coe (Dark Heart on Facebook) 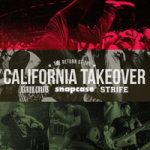 Earth Crisis/Snapcase/Strife – The Return of the California Takeover (War Records)
A live album to encapsulate the three band’s shows in 2020 to celebrate the 1996 hardcore classic live album The California Takeover…Live, it’s hard to find much to fault here.  Earth Crisis, Snapcase, and Strife were some of the biggest hardcore acts of the scene, and this takes some of each band’s classics and shows that all three acts can still fire on all cylinders here in the 2020s.  Not only is it a worthy addition for veterans, but it gives today’s youth some insight into the world of hardcore when things were arguably at their peak. – Katarina McGinn (War Records on Facebook) 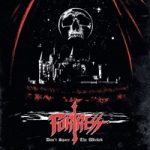 Fortress – Don’t Spare the Wicked (High Roller Records)
Developing a mix of traditional metal with speed/hard rock nuances, Fortress arrives from Whittier, California five years into their career with this first full-length Don’t Spare the Wicked. The eight songs whirl by in a tight, economical fashion (overall playtime just under 29 minutes) – wasting no energy or focus to unfurl catchy riffs, rock solid tempos, and soaring vocals from Chris Scott Nunez. Opener “Lost Forever” has that early Dio meets Yngwie Malmsteen-like texture to the guitar playing, keyboards, and neoclassical lead break, while “Red Light Runner” executes from an older Riot-like charge. Placing the right emphasis on those mystical passages with haunting atmosphere against the riffs and tempos that appease the metal faithful, Fortress fits the mold if you enjoy early 80’s metal done with US finesse and charm. -Matt Coe (Fortress on Facebook) 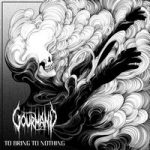 Gourmand – To Bring to Nothing (Self-Released)
A new 3-song EP from Gourmand (which features members from Marasmus and Unmerciful) is a welcome return.  The band’s progressive death metal seems to hit a bit more consistently in this short offering.  Offering up melodies and blastbeats with joy, there’s also some solid grooves to soak up (see “Viral Poverty”).  With the timeframe, the band makes all of the songs stand out in some regard, from the aforementioned groove, to the enticing melodies in “The Myth of Purpose” to some slithering yet visceral energy in the title track.  Worth a shot for death metal fans. – Katarina McGinn (Gourmand on Facebook) 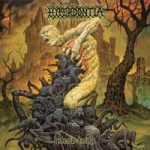 Hyperdontia – Hideous Entity (Dark Descent/Me Saco Un Ojo/Dessicated Productions)
Death metal at its most filthy and oppressive.  Hyperdontia offers no compromise on their second full-length Hideous Entity.  If you checked out theri last one, you are bound to be attracted to this second helping, as it continues the same old school mentality, with primal energy coursing through it’s veins. But it’s also all about the riffs, not just creating absolute carnage and that’s its strong suit.  Despite the drum barrages, you will undoubtedly pick up a riff or two from each track that will stick with you.  That’s not something easily replicated by the legions of old school acts. – Katarina McGinn (Hyperdontia on Bandcamp) 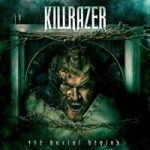 Killrazer – The Burial Begins (Battlegod Productions)
Another potent thrash/death act from Australia, Killrazer have garnered a decent buzz opening for acts like Sodom, Dismember, Destruction, and Children of Bodom among others – plus performing with Paul Di’Anno and Tim ‘Ripper’ Owens as the touring band when they hit stages domestically. The Burial Begins features nine originals plus a Judas Priest cover “Burn in Hell” (with ‘Ripper’ as guest vocalist) with vicious riffing, sadistic screams, versatile tempos that push to Slayer/Destruction intensity then shift into a Sepultura mid-tempo groove in a nanosecond and this overwhelming circular aural swirl that penetrates the brain. The dual cascading riff/harmony spots for “The Legions” or heads down barrage within “Unleash Hell” gain immediate approval, while “Sunken” at almost eight-minutes showcases a bit more of their epic musicianship and progressive diversity in the clean to heavier transitions. Equal footing in both camps makes Killrazer an ideal crossover favorite for thrash and death maniacs. – Matt Coe (Killrazer on Facebook) 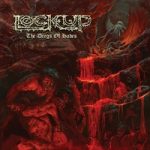 Lock Up – The Dregs of Hades (Listenable Records)
Lock Up has been grinding away for some time.  You know the drill if you know this band – blistering assaults of death grind in short but not too short formatting with almost no relent button.  But fans will be likely overjoyed to know of this album’s existence, as well as the fact that on the vocal front is not only Tomas Lindberg (At the Gates) but also Kevin Sharp (Brutal Truth).  Talk about a one-two combination for utter brutality and chaos.  The Dregs of Hades holds up to the band’s legacy, and should likely be a fall album for grindheads to cherish. – Katarina McGinn (Lock Up on Facebook) 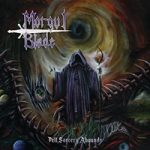 Morgul Blade – Fell Sorcery Abounds (No Remorse Records)
Combining traditional heavy metal with elements of the second wave of black metal, Philadelphia, Pennsylvania’s Morgul Blade present a dark, haunting combination for their debut full-length Fell Sorcery Abounds. Taking on tales of J.R.R. Tolkien’s Middle Earth, history and folklore, the sinister elements come from blackened-style vocals that sit in opposition to the gallops, hooks, and melodies contained within much of the guitar playing and synth support. Manowar meets Iron Maiden for the mid-tempo musical force that is “A Last Waltz of Gevaudan”, while forces gear up for battle with lower-register clean/blackened vocal tradeoffs in the power meets doom offering “The Five Will Ride at Dawn”. The drum programming also lends more of a darker presence – it’s as if the band expresses equal affinity for Bathory and Darkthrone as Eternal Champion, Iron Maiden, and Manowar. An intriguing blend of genres that holds promise. -Matt Coe (Morgul Blade on Facebook) 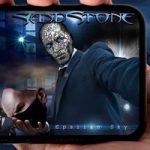 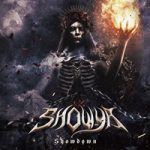 Show-Ya – Showdown (Metalville)
Active since 1981, Japanese quintet Show-Ya are one of the most popular all-female heavy acts from this country – and responsible for the present-day boom in the Japanese ladies metal movement. Showdown is their first studio album in four years, another strong representation of solid metal mechanics, chock full of catchy riffs, proper rhythm support, and powerful vocals. Doro Pesch lends her veteran pipes for “Heavy Metal Feminity”, while songs such as “Eye to Eye” and “Hold Me” possess those heart pumping passages to elevate audiences in a old school melodic metal/AOR-manner that filled arenas coast to coast. The keyboards through “Tokyo, I Scream” along with the infectious drumming showcase a bit more of their J-pop/electro-dance enhancement against the metal proceedings. Being a part of the Metalville roster could expand their popularity from the Far East into Western markets. – Matt Coe (Show-Ya on Facebook)