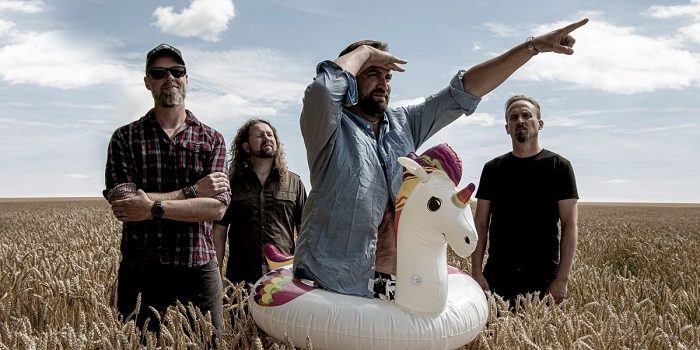 We return with another round of our short reviews column, otherwise known as Rapid Fires. Per the usual, lots to wade through, including some older, somewhat familiar faces and a slew of new, not-as-familiar bands. It all adds up to another easily digestible column of metal. Up for debate this month is Dead Tree Seeds, The Defaced (pictured), Eucharist, Felskinn, Greyhawk, Guild of Others and Nervochaos. Read on! 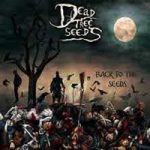 Dead Tree Seeds – Back to the Seeds (Music-Records)
Revisiting three early songs from their 2013 debut album Seeds of Thrash with one new song, Back to the Seeds is a four song EP with their current lineup pushing forth more Bay Area-inspired thrash. Considering only drummer Alex Prudent played on the original record, it’s fresh perspective and probably better production/tones on hand for the tight rhythms and unison picking/tempo action that makes for serious headbanging throughout “Set the Fire” and the Testament/Exodus-like “Torture and Rage”. Chunky guitars and proper supportive bass/drums carry the load – although the gravelly, hoarse main vocals from Frank Vortex could be a dealbreaker of pure enjoyment for some. The Slayer-esque ride/snare accents and stop/start riffs for the newest song “1796” should get the thrash mavens circle pitting in approval. – Matt Coe(Dead Tree Seeds on Facebook) 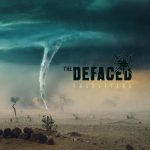 The Defaced – Charlatans (ViciSolum Productions)
The Defaced’s 2003 Karma in Black opus has earned a spot as one of the decades most underrated – and overlooked albums. While released on Nuclear Blast and featuring current and former members of Darkane and Soilwork, Karma in Black failed to make a move at a time when pure melodic death metal was happening. The Defaced, however, played an off-brand of groove metal with thrash and melodic death elements. Not exactly an easy combination to sell to fans. The group popped out Anomaly in 2008, then retreated from view. This year brings out Charlatans, a worthy romp through the paces of modern metal with the aforementioned shards of thrash and melody. Vocalist Jens Broman (ex-Darkane) knows how to push out a killer chorus (see: “Bleeding Ore,” “Celestial Display” and “Fangs”), immediately retaining the value The Defaced had all along. It’s always been hard for Swedish bands who sound American. The Defaced deserve more than the benefit of a doubt on Charlatans. – David E. Gehlke (The Defaced on Facebook) 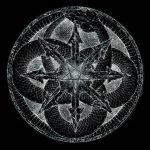 Eucharist – I Am the Void (Regain)
One of the true unsung gems of the 1990s Gothenburg melodic death metal scene, Eucharist called it a day in 1998 after the release of Mirrorworlds, the very album that should have shuttled them up to the next level. While that didn’t happen for a variety of reasons (the songs on Mirrorworlds are certainly more than worthy), Eucharist gradually faded into view and drummer Daniel Erlandsson went onto some pretty big things as a member of Arch Enemy. Main dude Markus Johnsson resurrected Eucharist a few years ago and has come around to releasing I Am the Void, a near-180 from its predecessor. Johnsson has gone full-on Swedish melodic black metal, veering closer to Dissection, then, say, In Flames. The result is a a blazing, rapturous affair that clocks in over an hour (and change). It’s a daunting listen, but Johnsson keeps the riffs scathing and the melodies frequent, giving Eucharist second life. – David E. Gehlke (Eucharist on Facebook) 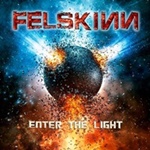 Felskinn – Enter the Light (Rock of Angels Records)
Must be something in the water when it comes to melodic heavy metal/ hard rock out of Switzerland – as Felskinn delivers a tightly wound set of songs for this fourth album Enter the Light. Fiery axe action, catchy as all get up main hooks, radio ready melodies and soaring highs when called for – plus punchy tempos make “Darkness In Your Eyes”, jumpy “Driven”, and foot stomping anthem “SixFiveFour” hellraising numbers, while “World Will End” and “Lonely Heart” showcase more of their commercial leanings. Think of classic heavy metal with some modern touches, big vocal choruses with multi-part harmonies propped up in the best way possible – ideal for those into Pretty Maids, Brainstorm, with some Alter Bridge and even Avantasia-like moments. -Matt Coe Felskinn on Facebook 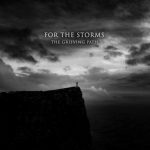 For the Storms – The Grieving Path (Time to Kill Records)
A piece of the ‘ol melodic death/doom chopping block in the vein of (classic) October Tide and (classic) Shape of Despair, Italy’s For the Storms have mashed together a grueling, down-the-hatch-to-sorrow offering by way of The Grieving Path, their first release. The songs, naturally, are long and laborious, gripped (and ripped) with forlorn dual harmonies and the deep growls of Nicola Belotti. The five cuts here are all akin to journey; peaks and valleys abound with mood-stricken sections and the occasional spoken word bit, which may not really work all that well in For the Storms’ favor. But, there’s a lot to get excited about here. The Italians have captured the venerable spirit of distraught doom and sent it straight to the abyss…which is where it belongs anyway. – David E. Gehlke (For the Storms on Facebook) 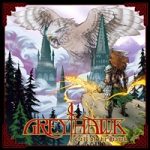 Greyhawk – Call of the Hawk (Fighter Records)
Blending a mix of traditional, power, and shred metal together, Washington act Greyhawk quickly returns from 2020’s Keepers of the Flame album for this five-song EP Call of the Hawk. Weaving in stirring axe chords and dynamic mid-range melodies with Visigoth-like charm, tracks like “Shattered Heart” and the title track wield marching templates of thunder and fury in the vein of old Iron Maiden, Judas Priest, Dio, Yngwie Malmsteen for the new brigade to enjoy. This quintet takes you through a bygone era – fueled by magic, mystery, and fantasy – conjuring up the best visions of the 80’s for a current generation to galvanize strength and champion. The operatic shrieks and charging transition during “Take the Throne” makes for an ideal closer beyond its Dio-esque epic qualities. One to continue keeping your eyes on. – Matt Coe (Greyhawk on Facebook) 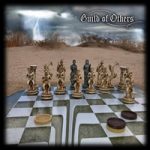 Guild of Others – Guild of Others (Louder than Loud Records)
A collection of musicians well-known for their progressive flair, Guild of Others self-titled debut contains eight songs of smooth, hook-oriented progressive metal. Guitarist Steve Potts and drummer Tom Wallace started the group – seeking out an array of fine players to interpret their songwriting with flair, intricacy, and finesse. Aspects of Rush, Styx, Saga, and Toto come to mind the most when hearing songs like “Balance”, “New World Disorder”, and adventurous stadium-like ambiance closer “Spirit Host”. Derek Sherinian (Dream Theater) lends his keyboard prowess, Tony Franklin (Blue Murder) throws down his treasured bass abilities, and three vocalists handle the singing – Mark Hammond on six tracks, with Michael Sadler (Saga) and Henrik Bath (Darkwater) taking the remaining two. Rare is the day you can say accessible and sophistication in the same sentence for a progressive act – but Guild of Others blend both aspects seamlessly for superior results. – Matt Coe (Guild of Others on Facebook) 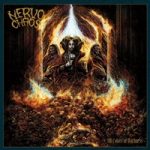 Nervochaos – All Colors of Darkness (Emanzipation Productions)
Together since 1996, Brazilian quintet Nervochaos show no signs of losing any blitzkrieg assault tendencies for their tenth album All Colors of Darkness. Stacked brutality of the blackened/death variety, the manic speed and growl/scream insanity allow “Golden Goblet of Fornication” to obliterate even with its semi-calming transitions, while the doomy bass and divebomb start to “Suffer in Seclusion” provides a brief reprieve before more walls of crunchy rhythms and persistent double kick/snare measures level the playing field. Beyond the nine originals you get two closing covers for The Misfits “Demonomania” and Hank 3’s “Three Shades of Black” (giving this old country effort a raw metal overhaul, the harmonica and acoustic measures glorious). People into Vader and Krisiun will devour these tracks. – Matt Coe(Nervochaos on Facebook)