Back to school is here once more. The start of another fresh year, but as far as the metal calendar goes, it’s a different story. Fall is always the heart of the release schedule and 2015 has been a doozy thus far (with no signs of slowing down before October). With that in mind, we offer up the following short but sweet reviews to keep you ahead of the game in the midst of all these releases. Check out our thoughts on Dark Hound, Dogbane, Egonaut, Hammerhead, Risen Prophecy, Shadow Killer, Solstice Coil, To the Pain, and Yellowtooth (pictured above). 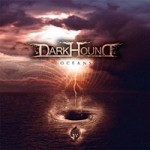 Dark Hound – Oceans (Rampant Struggle Records)
Forming in 2009 and residing in the country music capital of Nashville, Dark Hound have released a self-titled full-length a year prior to this latest 5 song EP Oceans. An ethereal blend of modern metal with progressive nuances, bassist ET Brown’s vocals possess a sadistic spoken snarl aspect while musically there is a Megadeth meets Iron Maiden charge if Pantera and Arch Enemy entered the cage proceedings. No denying the solid, bluesy lead skills on “Rearview Mirror”, but after the 24 minutes end you get the feeling that this band is stuck in limbo land – commercially viable, yet not heavy enough to gain an underground swell of lifetime support. – Matt Coe (Dark Hound on Facebook) 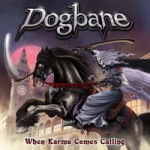 Dogbane – When Karma Comes Callling (Heaven and Hell Records)
Combining the classic elements with NWOBHM and traditional doom, Dogbane has produced an album that feels authentic to the heydays of the genre. Able to cite influences such as Trouble, Pentagram, Iron Maiden, or Motorhead, When Karma Comes Calling easily brings the listener back to the ‘good ole days.’ The production doesn’t sound dated, but keeps it from sounding too modern at the same time. From the groovy licks of “Calm Before the Storm” to the leadwork of the title track, those looking for a killer retro romp shouldn’t pass this one up. – Kyle McGinn (Dogbane on Facebook) 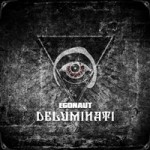 Egonaut – Deluminati (Mighty Music)
Not merely an American phenomenon, the stoner/doom metal movement is equally potent overseas. Swedish quartet Egonaut have been slugging out their brand of heaviness since 2005 – as Deluminati represents their third full-length around the mulberry bush. Twin guitar harmonies and evil organ passages aid “From the Coals” and the follow up “Pariah” away from typical stoner licks and tricks. In fact, many would slot Egonaut into that occult rock meets NWOBHM veneer, as the band certainly writes in a catchy, hypnotic fashion throughout. Worthy of investigation because of their multi-faceted, engaging approach to an overcrowded field in their chosen style. – Matt Coe (Egonaut on Facebook) 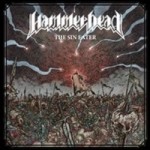 Hammerhead – The Sin Eater (High Roller Records)
Popular enough to necessitate high billing and Keep It True/Brofest festival access overseas still in 2015, the NWOBHM movement regenerates and rejuvenates. Hammerhead are another quintet from the late 70’s still producing new material, as this full-length The Sin Eater brings back an epic style that will make you think Dio-era Black Sabbath, Wishbone Ash, and the heaviness of Budgie. 7 long songs that average out at 8 minutes and change, the bluesy “Faithless” and slide-guitar additions for the boogie-oriented “Closer to the Grave” should induce loads of cheering from the old school faithful. Stripped down to the basics, there’s something admirable about veteran acts still cranking out retro-metal. – Matt Coe (Hammerhead on Facebook) 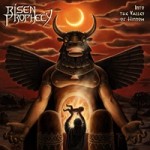 Risen Prophecy – Into the Valley of Hinnom (Metal on Metal Records)
Power/thrash that emphasizes longer song structures, galloping rhythms, and epic, theatrical vocals puts Risen Prophecy in rarified air on their second album Into the Valley of Hinnom. Vocalist Dan Tyrens has one of those multi-octave power voices, ascending to mountain peaks for “Brood of Vipers” while being charismatic and brooding on the more thrash oriented “To the Wolves”. Ross Oliver layers his riffs and lead breaks in a way that makes you think of everyone from Iced Earth and Artillery to Forbidden and Judas Priest depending on the arrangement- and the 11 minute title cut offers up all facets of their attack and brilliant musicianship. The United Kingdom soars again. – Matt Coe (Risen Prophecy on Facebook) 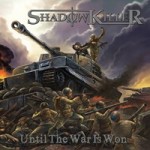 Shadowkiller – Until the War Is Won (Pure Steel Records)
Driving progressive/power metal from a classic, melodic stance is a rare breed stateside – especially when done so well from California’s Shadowkiller on their second full-length Until the War Is Won. Guitarists Marc Petak and Joe Liszt thrust and volley in Maiden-esque glory for “Generation Strong”, while “Survival” has a tip of the Priest/Accept cap in its street level riff swing. Joe’s epic vocals fit in line with the stellar musicianship on display, occasionally reaching Redemption lines for winners like “The Blood of Many” and opener “Flames of War”. Gather the troops, as these 9 songs should easily convince the old school 80’s power hungry hordes. – Matt Coe (Shadowkiller on Facebook) 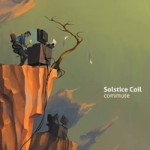 Solstice Coil – Commute (Taklit Music)
Parody can be viewed as the sincerest form of flattery. Israel’s Solstice Coil got on the radar of Dream Theater through a video montage mirroring their drummer auditions of a few years back – sharing it on their Facebook page and also screening it before their recent live appearance in Tele Aviv. Forming in 2001, Commute is the quintet’s third studio album, a 10 track odyssey into the alternative, progressive metal field. Think Pain of Salvation plus Porcupine Tree, with quirky, mysterious vocals, left field 70’s keyboards, and a snare snap that is open. The psychedelic and circular 8:48 “The Bargain” plus intergalactic “Forget You Ever Saw Us” put Solstice Coil on the upswing. For the open-minded segment of the left-field progressive rock/metal audience. – Matt Coe (Solstice Coil on Facebook) 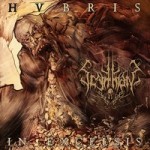 Scythian – Hubris in Excelsis (Hell’s Headbangers)
Compared with the majority of the Hell’s Headbangers roster, Scythian has a few tricks up its sleeve. Sure, there is a raw and older death metal approach that lumps it in quite well with a number of peers, but the melodic riffs, acoustic moments, and otherwise blackened and thrashy tone give it some room to be viewed on its own merits. “Three Stigmata” and “Apocalyptic Visions” carry some of the most melodic feelings (along with some older thrashy tones) but most songs utilize this element. About the only track that misses the mark is the spoken word of “War Graves.” Those looking for some suitably raw death/thrash with a nose for melody should check out Hubris in Excelsis. – Kyle McGinn (Scythian on Facebook) 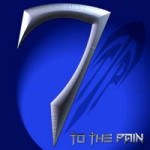 To the Pain – 7 (Self-Released)
Long Island’s To the Pain brings their second album of old school metal goodness in the form of 7. A bit of thrash, a bit of traditional metal, and even a bit of groove awaits those who venture towards this one. The sound never feels too pristine, with an emphasis on some heavy old school thrash riff that benefits from the slightly gritty approach. The vocals fit the mold, sticking mostly to the cleaner (and classic) variety, with some more gruffness added when necessary. Some highlights include the grooves of “KillZone” and the catchy riffs of “Cry Out for Justice.” Fans of Iron Maiden, Testament, and even Pantera should get some thrills from 7. – Kyle McGinn (To the Pain on Facebook) 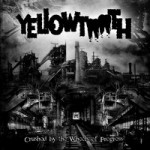 Yellowtooth – Crushed by the Wheels of Progress (Orchestrated Misery Recordings)
Sometimes an album just has to crush. This is the case of Yellowtooth’s Crushed by the Wheels of Progress. There’s no attempt at being the most technical or brutal, it’s just damn heavy. Sludgy, stoner undertones combine with barked vocals that have an almost hardcore or death metal vibe to create something far heavier than you might expect. It’s full of groove, packing plenty of fuzzed out melodies, and it’s quite easy to find yourself returning to the album for some repeat sessions. It may not be anything out of the extraordinary, but Yellowtooth’s songwriting abilities put them as a band to keep an eye on in the future. – Kyle McGinn (Yellowtooth on Facebook)