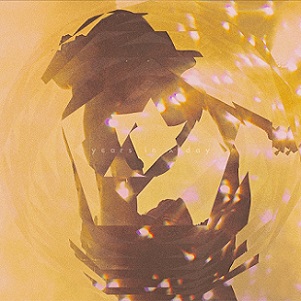 Realizing that a ceaseless touring schedule would lead to burnout, Swedish post-metal demigods Cult of Luna decided to scale down their live workload. Touring may be one of the few legitimate ways a band can pull money, but it also comes with a steep price. The fact Cult of Luna were unwilling to jeopardize their career shows they are in it for the long run. It also prompted the creation of the 3-disc Years in a Day DVD, which captures the Swedes in front of an audience in Paris as well as two separate sets at the famed Roadburn festival.

The Swedes present a coordinated front in the live setting. The band, lights and music are regularly in synch, giving those rather brutish and brash chords a real seismic jolt. The first disc (Paris) finds the band culling from their recent outings, like 2013’s Vertikal and its subsequent Vertikal II spin-off EP. While these cuts are angular and propulsive, it’s the full airing of the band’s 2006 Somewhere Along the Highway masterpiece that makes Years in a Day must-see viewing. As the band’s undisputed highwater mark, Highway remains a post-metal touchstone, with the swaying melodies of “Finland,” “Back to Chapel Town” and the brilliant “Dim” serving up proper climaxes and sonic booms.

Fronted by the always-in-motion Johannes Persson, Cult of Luna are devoid of outstanding personalities or imagery, for that matter. Rather, it’s the undeniable power and persuasion of their songs that translate beautifully in the live setting. Years in a Day is a thorough, all-encompassing visual touchstone of a post-metal institution. May other bands take note.