What a year, what a hell of a year. Within my personal life as well as within metal as a whole, it’s been a year of great change and growth. Finishing college, having my ass beaten through joining the Navy afterward (and hence my disappearance over the summer), and finally winding up in beautiful Monterey, California for more schooling. Likewise this metal year (and otherwise) has seen an enormous wealth of material to match every one of those seasons and special occasions, from enormous growth from beloveds like Ghost (…B.C.) and Deafheaven to fantastic follow-ups/comebacks from the likes of Cult of Luna and old school purveyors Carcass.

Some major players managed to miss delivering this year (I’m looking at you Behemoth and Mastodon), but in the case of the former it’s looking like early 2014 is going to see a dominating return by the band after a couple years of medically-induced stasis and the latter has hooked up with the producer of two of my favorite releases over the past two years (Deftones and Ghost), so the path forward is incredibly bright. As usual there have been more than a handful of disappointments, surprises, and utter moments of baffling ‘What? How did they think that was a good idea?’ spread across the year, like any other, but on a whole 2013 has been a fantastic year.

1. Chelsea Wolfe – Pain Is Beauty (Sargent House)
Another year, another non-metal album at the top of my list, but what can I say? I was introduced to this phenomenal lady thanks to her guest spot on the new Russian Circles album Memorial and I was sold from there. It didn’t take long for Pain Is Beauty to sink its claws into me and as time wore on, it became an integral pillar of the year, something I found myself returning to over and over again. Haunting, dark, experimental at turns and familiar at others, it’s an experience unlike any other this year and I suggest everyone at least try to experience it, even if it doesn’t have the same effect on you.

2. Gorguts – Colored Sands (Season of Mist)
Oh man, what a loving welcome this album was after emerging from RTC at the end of the summer. Sprawling, concentrated, composed to the nines with the utmost in esoteric indulgences and abrasiveness, Colored Sands was exactly what I (and my brain) needed to decompress after a two month grind of the senses over the summer. The emergence of the band from nothingness with a veritable dream team in had some worried that the band would wind up sounding like those other groups. The truth couldn’t be further from that reality as while the marks of the individuals are all there, this is to the core a Luc Lemay experience, Gorguts at its absolute and unrelenting best.

3. Ghost – Infestissumam (Loma Vista)
It’s rare that when there’s a lot of hype leading up to an album that a band delivers the goods. It’s even rarer that a band goes a step beyond the hype and delivers an experience that no one could’ve expected.  Though scaling back somewhat on the ‘proto-metal’ aspects of the debut and focusing more on a varied rock approach, Infestissumam nevertheless is an addictive indulgence that even now, eight some odd months from its release, still sees repeat plays from me on a weekly basis. Featuring a much fuller sound, more astute song-writing, and an overall hyper-boost to presence and swagger, Infestissumam is the sound of a band racing toward a peak high and being unashamed of its own decadence.

4. Deafheaven – Sunbather (Deathwhish Inc.)
Much like Infestissumam, Sunbather awaited release in the early summer with a great deal of anticipation.  A release, lovingly, that saw expectations being met, surpassed, and utterly crushed and the band blitzed off into a glazed over blacked-shoegaze-heaven. Dreamy, ferocious, seething with the fire of a sun burning itself out, Sunbather is a beautiful indulgence gleaming with the essence of the human experience (hyperbole to the max, I know, but it’s true) spread across its seven tracks, each poignant and memorable for their own reasons. Months on and countless listens later this one is still finding itself in regular rotation, a beautiful testament to what can happen when genres are merged in all the right ways beneath a singular artistic vision.

5. Queens of the Stone Age – …Like Clockwork (Matador)
Josh Homme’s glorious return after six long years brought with him the usual QotSA swagger, though focused in a very different way. Tempered with an ongoing and pervasive sense of melancholy and reflectiveness each of the songs carry a hefty weight that likely wouldn’t have been assigned to earlier entries in the QotSA repertoire. An Engaging listen throughout, it’s been a constant facet on my rotations since its emergence in the early summer, though it certainly wasn’t a feel-good ride.

6. Cult of Luna – Vertikal (Density)
The reemergence of the Swedish seven (down from eight) saw both refinement in some aspects and some dramatic explorations in others. Lumbering paces and blackhole-level heaviness continues to the primary virtues of the band but these are accompanied by, beautifully at times, intensely unnerving electronic passages. Highlighted by early album standout “Vicarious Redemption” (and its monstrous 19 and a half minute runtime) this album has proved to be a glorious throwdown for the band, further solidifying their place on their own merits and outside the legacy of Neurosis.

7. Altar of Plagues – Teethed Glory and Injury (Profound Lore)
Swansongs are always bittersweet, especially when you aren’t initially aware that it’s going to be a band’s final bit of output. In the case of Altar of Plagues and their extremely left-field Teethed Injury and Glory it all started with album highlight “GOD ALONE” and its peculiar accompanying video of dancers and the extremes to which their bodies are pushed. Likewise this is an album of extremes, though not in the sense of pulverizing yet senseless brutality. No, this album is about pushing the fringes of possibility and the often esoteric and terrifying places you wind up when you go further out than anyone ever has. For these pioneers, it just also happened to be the end of their journey into the abyss – one of the biggest shames of 2013.

8. Tesseract – Altered States (Century Media)
Oh man, what love this album is. After experiencing a torrential onslaught of terrors throughout 2012 and the departure of two vocalists, things looked dire for the British purveyors of techy-prog (sorry, they never really fit within the djent manifold). Across the whole of Altered States saw the abandonment of harsh vocals altogether (something I suspected given last year’s EP) and the music benefitted enormously from it. Gone was the need of heavy posturing and adherence to genre standards. Instead the band could focus on exploring its craft and the explosion of melodies across the board. This spectacular release resulted.

9. Ulver – Messe I.X- VI.X (KScope)
Norway’s ever-evolving sons return with a studio recreation of a one-off live performance, a neo-classical work featuring only a painfully small smattering of vocals and a lot of haunting atmosphere. There aren’t a lot of words to apply to this release because in typical Ulver fashion, it’s something to be experienced in the dark, removed from outside pollution. No doubt not a sign of things to come, it is nevertheless another spectacular entry in the band’s ongoing legacy of challenging itself and everyone who has ever saw fit to latch onto a particular era of the band.

10. So Hideous – Last Poem/First Light (Play the Assassin)
Though a late entry in the year, this release had me from the word go. Its mix of postrock and black metal flirted with similar spheres to that of Deafheaven, but focused in a very different way, with its infusion of classical influences and much darker tone. Though painfully short at 32 minutes, Last Poem/First Light is a release that screams to be listened to again and again as you try to pick apart its many (many) peaks and valleys. This release was an enormous growth from the band’s debut and is the beginning of a legacy that is almost terrifying to think about. 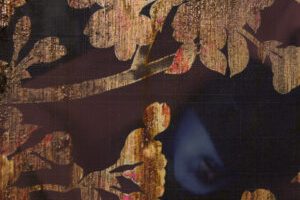