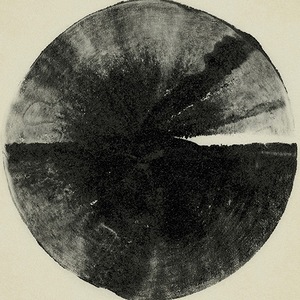 Behold the vastness and sorrow, the Wolves In The Throne Room song offers us. With A Dawn To Fear certainly brings the vastness (their longest album yet) and occasionally the sorrow (among several other emotional experiences). Very much the work of a band twenty years in (staggering!) and comfortable with the boundaries it must push, A Dawn To Fear is a fantastic entry in the Cult of Luna oeuvre.

What you can expect is exactly what you’d expect if you’re familiar with the band – large, lumbering, building-to-explosive-reliefs works that go on often very long journeys. The thick multi-guitar sound remains in full force and the best elements of post-metal remain vested in the band’s songwriting choices. Album centerpiece and longest track “Lights On The HIll” is a masterclass in how to utilize classic post-metal tropes without sounding aimless, with a set of spiralling constellations drawn in the night sky by waves upon waves of overlapping guitar. Waves that build and build until finally, it breaks into silence.

At 79 minutes and change, it’s the band’s longest release to date and almost a half hour beyond the fantastic collaborative release Mariner. The Julie Christmas cleans are gone and the (admittedly one dimensional) classic bark, in general, is the foremost tool of vocal expression. It hardly works against the band, however, as the album is unsurprisingly largely instrumental though something resembling whispered cleans do appear within the quieter “Inland Rain”. A measured, almost relaxed pace remains the focus. A Dawn To Fear goes many places and gets to none of them quickly.

A Dawn To Fear is growth and refinement. Growth because it is literally a fuller, more confident expression of the band’s sound. A sound that is very much an exercise in refinement here, this is the same language Cult Of Luna has been developing since the transition out of Salvation into Somewhere Along The Highway. The band is a known quantity and that is likely going to play into some of your mileage with the album. If you aren’t a fan of the band (or post-metal historically) there is approximately nothing here that will change your mind.

On the other hand if you can look past the wastelands of the original death by excess the genre experienced around 2008, there is a lot to love and a lot to get lost in here.