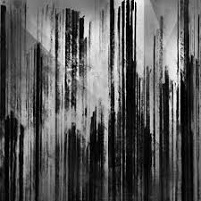 It’s been almost five years since Cult of Luna graced us with the workable but uneven Eternal Kingdom, a record that, for one reason or another, failed to resonate with me at the time in the same way previous releases by the band had. Five years later and minus one member (original vocalist Klas Rydberg, who really you can’t particularly tell is gone), these seven Swedes have emerged from the abyss to release their best work to date.

Built upon a structural theme of linearity and ‘vertical’ lines, built in part upon the fantastic visuals of the 1927 silent film Metropolis (an amazing work in its own right), the heart of the game here is flow. Metallic and electronic pieces interplay throughout but are often emphasized differently from one track to the next, “I: The Weapon” (and the album’s initial ‘single’) representing this to a tee. “Mute Departure” and “In Awe Of” showcase  similar vibes, dark and pulsing textures erupting out, less in build-build-crescendo fashion of past releases and more in line with point A -> point V, quite and loud being apt to fall on either point.

“Vicarious Redemption,” the 19-minute behemoth that serves as the album’s highlight and (almost) centerpiece, defies the above and reverts to the band’s ‘post-metal’ roots in engaging a lengthy and slow-burning build up to a death-by-nuclear-fire styled release. Throughout all of its facets and nuances, the band could’ve released this track alone as an EP and still emerged with one of the best releases of the year, as it is easily the band’s best single work to date. It’s been too long in coming but it’s good to see Cult of Luna back in the fray and showcasing why of the genre Neurosis birthed, they stand as foremost representation of excellence.  This is one for the ages.