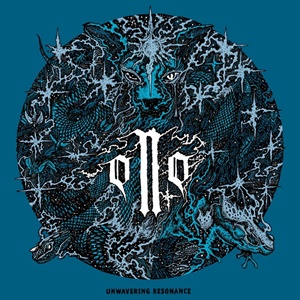 It’s refreshing to come across something that’s fresh. Being a huge fan of industrial music and doom metal, I’ve heard some of 0N0’s stuff here and there, but never dove in for unknown reasons. It’s been long overdue to correct that error, and here we are with Unwavering Resonance. This is the Slovakians’ third full-length release to date, and it’s a shining example of crushing experimentation.

This writer is one who enjoys music from all over the spectrum. Metal (obviously) and electronic/industrial music have always been at the top of what piques the interest. When a band is gutsy enough to do something different and make what they want, throwing out any preconceived genre notions, it makes this blackened soul smile. Think of the industrial heaviness of Godflesh, but with massive and lengthy compositions, the mysterious and unapologetic aura of Portal, with a sprinkle of Ataraxie-like death/doom. This is 0N0.

“Clay Weight” is first, and this track has a little bit of everything. It smashes everything in its path with uncompromising industrial heaviness, enhanced by massive vocal bellows. An intricate tapestry is woven with poignant electronic tinges and Ahab-like riffs that leave their mark. There’s so much to unpack that words don’t give it justice (but we’ll try), and that’s true for the entire album. “Shattering” is more direct but takes more turns than the listener can be expected to count. Title track “Unwavering Resonance” begins with a slowly creeping ambiance and clean vocal passages, with the song progressing to something more heavy, unrelenting and chaotic, finally ending like it began with a lessened pace and haunting aesthetic. Finishing the album off is “Wander the Vacant Twilight”, which can be described as lush and ambient, with well-timed doses of heavy passages sprinkled in that don’t take away from the aura but enhance it.

Every element sounds as it should – impactful, focused, and powerful. An album that’s so experimental can suffer if the production is inconsistent, but that’s not the case with Unwavering Resonance. The sound is cohesive and fits the punishingly varied nature. The album is 4 songs and just over 36 minutes in length, and it definitely leaves the listener wanting more. Yet, adding any more would do a disservice to the wonderfully packaged piece of music we have before us.

Those who enjoy something different and out there need not take a pass on 0N0. Come in with an open mind and lose yourself in the colossal aura that is Unwavering Resonance. Glory befits the brave, and 0N0 compromise nothing in achieving said glory. Much respect, and we will be following this band with great interest going forward. 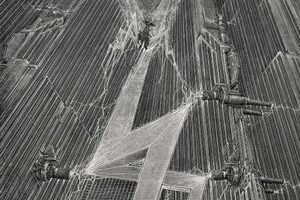