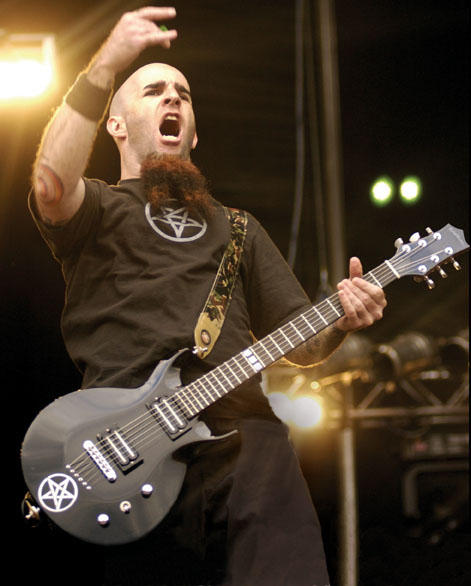 As reported by Blabbermouth.net, ANTHRAX guitarist Scott Ian was forced to miss last night’s show in Orlando, FL due to a bout of food poisoning. Lead guitarist Jonathan Donais (SHADOWS FALL) manned all guitar duties. Video footage of the show is available below.

The band is currently on the “Metal Alliance” tour, with EXODUS, MUNICIPAL WASTE, and HOLY GRAIL in support. ANTHRAX recently released Anthems, a six-song collection of cover songs from the likes of AC/DC, THIN LIZZY, and RUSH.