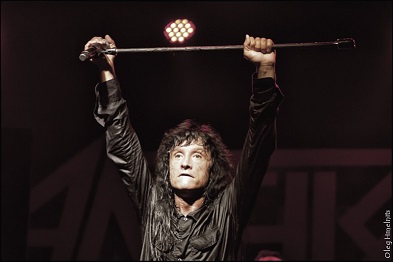 New York thrash legends ANTHRAX have posted a new video snippet documenting the recording of their as-yet-unnamed new studio album which is due at some point in 2015.

The band’s previous album, Worship Music, was released in 2011.