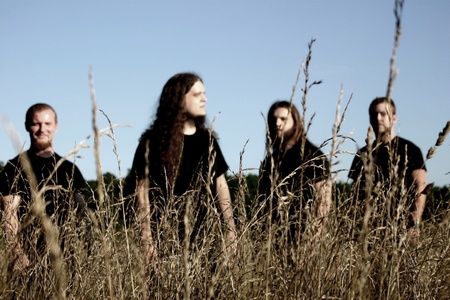 Woccon is the name of a small Native American tribe from North Carolina. Being appropriate from a geographical point of view, mainman Tim Rowland says the band chose the name “because of its history and connection to our region. When we had a shift in sound and direction towards the melodic doomy stuff [from their previous death metal roots], we were gonna name the band The Wither Fields, but decided to keep Woccon because the name just looked better as a logo.” Along with the logo, when viewing Solace in Decay, you’ll notice that the band’s name is also accompanied by an owl symbol, whose image does have a meaning behind it. “The circle brush stroke is a symbol of both emptiness and infinity, the owl represents knowledge and acceptance and the triangle has nothing to do with the illuminati [laughs].”

Interesting name and logo in tow, the band recently released their first official full-length album, Solace in Decay. Rowland’s description of Woccon’s sound is as follows, “I usually ask first if they’ve heard of Daylight Dies and if they haven’t I just say melodic, sometimes pretty metal with brutal vocals or ‘like sad melodic shit.’ It’s hard to explain sometimes. Most of the time I just make absurd comparisons to bands that we sound nothing like.” The band’s clear influences like the afore-mentioned Daylight Dies and Katatonia shine through, but “more of the influence comes from experience itself and how I see fit expressing it. It just so happens that that expression has been lumped in the melodic doom genre. We listen to a lot of different genres and bands that have all been an influence on some level, but I’ll just speak for myself here. I listen to everything from Opeth to David Bowie to Prince. I also listen to a lot of music that I’m afraid to admit I like,” says Rowland.

One of the highlights of Solace in Decay is that of it’s great, melancholic leads and riffs that are full of emotion. “Emotion absolutely plays into every second of the album on some level, whether it be to express despair, anger or liberation. We’d like to think that with every melancholic part, we inject a sense of hope with it. We’re not always doom and gloom. Contrast is the best way to make the dark sound even darker.” Rowland cites the album intro as a highlight of the disc, as he worked with Barre Gambling of Daylight Dies, but also “Wandering.” “That is first song I wrote for the album before we released The Wither Fields and the lyrics really reflect the journey my life took from then to now and the process of writing. The massive outro to the song was later added early this year because I felt it didn’t close the album well enough as it once stood. So it was both the first song written and the last song finished.”

There was a bit of a lull between the release of The Wither Fields and the recent release of Solace in Decay. Rowland explains the gap, “Well, we didn’t purposely take our time. We wanted the album out before summer but experienced a massive computer crash, in which we thought we lost everything. We ended up recovering the files, but it took a lot of time and patience to piece it all back together. It was horrible. I don’t know how much everyone knows about the time frame in which these two releases were written but The Wither Fields was entirely written and ready to go about a year before Deathbound released it and I began writing Solace In Decay before The Wither Fields even released, though a lot of those songs never actually made it through. Most of the album was finished at the end of 2013, aside from a couple tracks. But the length of time absolutely affected the sound. I think that’s what gave the album its variety. I went through many life changes, influences and band mates coming and going. It felt as though it took longer than it should, but it’s all a learning experience.”

Heavy metal haven isn’t exactly the term that comes to mind when one thinks of Athens, Georgia. Turns out there’s a reason for that. “There really isn’t a large scene for metal here. The closest thing to doom here is the stoner/sludge side that I’m really not into. But there are a couple bands that are extending beyond the local scene that I dig but we don’t really have anything in common with them. On the other hand, Atlanta is a lot more diverse with metal and they have a underground scene that’s running strong.” The band hasn’t been able to get much touring in, but Rowland is optimistic that things are going to be turning around. “We’ve cycled through many members and every time we were getting a show/tour ready, someone would flake out and I would just go back to writing and recording. Finding a full band of the right members to rely on has been my greatest challenge yet. I have all the intentions in the world to play live until people get sick of hearing about us, but that just hasn’t happened yet. It absolutely will in the future and people will quickly forget that it took us forever to get that side of things started. We’ve had to turn down a few tour offers.”

So what’s next for the band? Rowland concludes, “I don’t know where to begin really. We’re already well over halfway into the next album and there are gonna be major changes that I know people aren’t expecting. We’ve been really private about the future as to not overshadow the release of Solace In Decay. I’ve never been more excited for revealing what the hell we are up to than now. It’s not just gonna be a new chapter, but almost a new book entirely. We’re coming into our own true sound with a new addition to the band that adds a new level of depth. Touring and all that business is on the plate as well.” 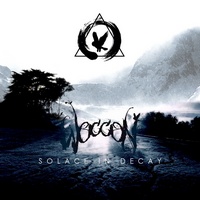 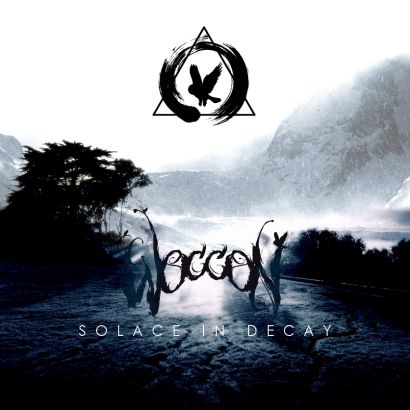