As a writer, the sheer volume of music that appears on my desktop can be daunting at times. However, that feeling is completely overshadowed by your first trip through the overwhelming amount of material available at Bandcamp. So much music available at your fingertips, with many offering full free streams and “Name Your Price” downloads, it’s easy to get lost along the way. Often looking for one specific album (or viewing one great album cover) can lead to 10 quick new discoveries. Luckily, we at DR feel your pain and would like to help.

Over the past few months, it’s become a bit of a ritual to start the weekend mornings off by taking a trip through Bandcamp to see what new music could be found for about an hour or so. With a growing collection of standout material as well as a wish list that becomes more bloated by the day, it seemed time to begin a column of all of the buried treasure to be found within the sea of Bandcamp material.

Some of the albums here are certainly not “new,” with some even being a few years old at this point. The goal here is truly to highlight some of the best releases that you can find, so for our inaugural edition of Sifting Through Bandcamp, we’ve chosen eight of the finest releases including Adora Vivos, Atma Weapon, Entropia, Grorr, I Legion, Warpstone, Wilderun (pictured above), and Woccon.


It’s safe to say that if you like Amiensus, you’ll enjoy Adora Vivos. Featuring two members of said band (James Benson, Joe Walker), it has that same woodsy vibe but directs it in doomier and less black direction. There’s not a weak track amongst the five available but the completely clean vocal track “And So Begins the Fall” stands just a wee bit taller with its addictive chorus and sorrow-drenched melodies. The opening drive of “Acceptance and Negation” is another highlight with a rocking riff that carries into some solid growls and a bit of Novembers Doom feel to it. If you haven’t heard Amiensus’ Restoration or Adora Vivos, they come with an extremely high recommendation as some of the best metal the USA has to offer currently.


Weighing in at the border of hard rock and progressive metal sits Atma Weapon. Occasionally feeling like a nice blend of the three bands referenced above, Dark Tower works best due to its equal treatment of guitars and vocals. Never emphasizing one more than the other, for every killer vocal melody (see “Dark Tower II”), there is an equally engaging guitar melody to match. This also keeps things from getting too “proggy” and pretentious, keeping focus to making sure that songs sound like “songs”. Mick Armstrong’s vocals are frequently stunning, elevating even the more straightforward tracks like “Dark Dreamer” into rich, high-caliber material.


With a number of “post” black metal bands coming out of the woodwork, it can be a challenge to find some that try to break out of the usual mold. Entropia manage to carve their own sound by embracing the post-rock as well as their primal black metal roots. For every second of melancholic yet warming material on “Vesper,” they counteract it with visceral black metal a la “Tesla”. The sludge/doom elements (see “Dante”) occasionally provide some added crunch to the guitars to keep the whole thing from feeling too dreamy, planting things firmly back in the metal realms, no matter how emotive the last few minutes of “Pascal” may seem.


A concept album about an anthill going from spring to winter (Introduction/Civilisation/Expansion/Revolution) and uses a number of world instruments not limited to the hurdy-gurdy, Japanese flute, and sitar. Bring in change-ups from quieter progressive rhythms to explosive, Gojira-esque soundscapes with just a touch of djent and sludge and you can begin to hear the unique sound that is Grorr. With the multitude of instruments and influences, it is truly an album that keeps on surprising you throughout. Ever-captivating, “Once Upon Again” ends Anthill on its highest note with some absolutely devastating riffs until it fades away to the beginning noises of crickets chirping, allowing for an almost obligatory replay as the cycle renews itself for the coming spring.


The mastermind of Frederic Riverin, he recruited Chris Clancy (Mutiny Within), Bjorn Strid (Soilwork), and Jon Howard (Threat Signal) as well as Angel Vivaldi and Peter Wichers to aid in his vision of melodic death greatness. That alone should sell this album to most genre fans. But that would be an undersell, as Beyond Darkness is more than the superstar sum of it’s parts and is one of the most consistently entertaining and well-executed melodic death metal albums in recent memory. From the anthemic “Night Calls” to the grooves of “Despite Your Grace” to the more visceral “Escape As Deliverance”, the whole album oozes first-class melodies and supremely catchy choruses. New album (hopefully) soon!


Warpstone balance the adventurous nature of Enslaved with the death metal sensibilities of bands like Atheist, Cynic, and Death. Daemonic Warpfire is far catchier than it has any right to be, and this is due to the frequent uses of clean vocals (don’t worry there are plenty of deathly roars), standout solos, and a never-ending onslaught of riffs that completely blur the lines between progressive, death, and black metal with an occult vibe. With a sound that’s truly their own, Warpstone should be finding no trouble moving their way up the metal ranks (new album Into the Phantasmancer Celestial Castle will be released soon too and can also be fully streamed from their Bandcamp page).


A band frequently cited by yours truly as one of the best in the folk metal genre, Wilderun avoid the pitfalls by focusing on American folklore and naval tales as well as a decent helping of progressive and symphonic elements. Frequent sing-a-long moments (“Storm Along”, “The Coasts of High Barbaree”) along with riffs that never fail to drum up a hook (“Vaunting Veins”, “Suncatcher”), the symphonic elements and traditional instruments only add to the flavor that keeps even 13 minute songs thoroughly engaging and the mind wanting more. Olden Tales & Deathly Trails has been on frequent rotation for almost a year at this point with no signs of slowdown. These guys are bound to catch fire with their next release.


With riffs that feel like blend of older Katatonia and more modern death/doom bands, The Wither Fields is smart enough to play off of the familiar but evoke enough of their own sound to not be simply cast aside as copycats. The melodies of “Shattered Mirrors” are some of the finest on the album, capturing just the right amount of sorrow to blend with the undeniable catchiness. The vocals are dominated by emotive growls, with the exception of a few female ones on “A Falling Devotion”. With a new album due for this year, there’s no better time to get acquainted with Woccon. 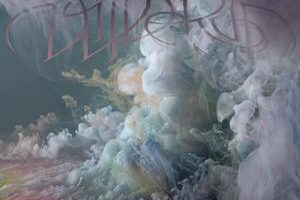