This year has been absolutely absurd from start to finish, from early standouts (Avichi, Behemoth, Cynic) to the throws of summer (The Great Old Ones, Agalloch, Triptykon), to the usual post-summer festival season blowout (Pallbearer, Opeth, countless others in September), and finishing absurdly strong in the oft-barren final quarter (Bloodbath, At The Gates, Nero Di Marte!). That numerous albums I’ve given high marks/praise throughout the year didn’t make this list isn’t a disservice to any of them but rather a blatant testament to how stacked this year has been from the word go. Behemoth seemed poised to dominate my year when “Blow Your Trumpets Gabriel” emerged this time last year and upon my first completion of The Satanist I knew it was the album to beat. Despite the valiant efforts of both The Great Old Ones and Opeth, it endured and held on to it throughout, for The Satanist a manifesto, an intricately crafted piece of art showcasing the vibrancy of life fighting endlessly against the inexorable void of death. 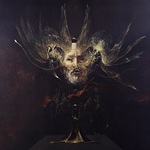 1. Behemoth – The Satanist (Metal Blade) This release, perhaps moreso than any other this year, is the exquisite result of context and history. All of the artistic-leanings of Nergal and the band that had been espoused on previous releases came full bore here with the weight of a life experience few come away from. The mixture of old black metal stylings with the band’s particular approach to death metal found capped off with melodicism on a level they’ve never attempted before. There was never a chance of looking back. 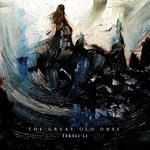 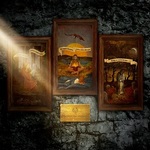 2. The Great Old Ones – Tekeli-li (LADLO Productions)/Opeth – Pale Communion (Roadrunner) (tie) Released on the opposing sides of summer and each blissful in their own way, in other years each of these would have been my best of. The Great Old Ones returned with one of the best sophomore releases a listener could ask for, dripping with tension, atmosphere, and at times, abject terror. The evolution of Opeth into old-prog monstrosity continued and delivered, twenty plus years in and beholden to the kind of work other bands can only dream about. 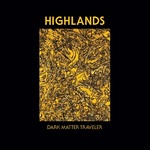 3. Highlands – Dark Matter Traveler (Say Again Records) This has been a particularly vibrant year with shoegaze and I have a number of releases that, in different years, would’ve snuck into my top ten (and would occupy my top 15 or 20). As summer gave way to fall, however, this beauty set in and would not let go of all of my senses, autumn days awash in dying sun and dreams of the winter to come. 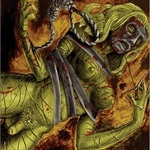 4. Lord Mantis – Death Mask (Profound Lore) Lord Mantis is where hope goes to joy and where hope never was. On par with The Satanist for the sincerity of its emotional weight, though focused toward the heart of a black hole. It’s not possible to come away from this album and not feel something and that something tends to be worse than whatever you felt before. It’s amazing. 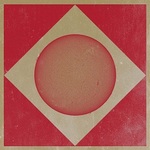 5. Ulver/SUNN O))) – Terrestrials (Southern Lord) A dream collaboration if there ever was for me, this failed only in that it was a mere three tracks and around 40 minutes. Part of the joy I suppose, however, comes from the explicit brevity, nothing good can stay for long. 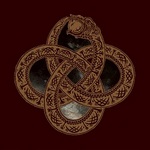 6. Agalloch – The Serpent & The Sphere (Profound Lore) Celestial concepts weigh heavy on this monster and while only time will bear out how I feel about it within consideration of the band’s canon, it doesn’t detract from how stellar this release remains in my week-to-week listening. A funeral march that gives way to the cleanest sound the band has ever had, very little has given me more joy throughout the year than this album (and the vinyl is goddamned beautiful!). 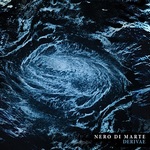 7. Nero Di Marte – Derivae (Prosthetic) A late-in-the-year powerhouse of a release. Falling somewhere between the esoterica of their French cousins Gojira and grandfathers of all things oblique Neurosis, this album hit me from the word go and still hasn’t let go. 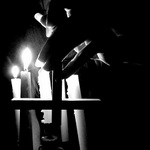 8. Monarch! – Sabbracadaver (Profound Lore) In a year rich with drone releases of outstanding quality, this release was legitimately alarming in how much of a weight it brought and continues to bring. At times suffocating in a manner that cannot be expressed through words, this French group embodies the sort of malaise that most should dream they never encounter. 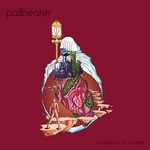 9. Pallbearer – Foundations of Burden (Profound Lore) Being a late-comer but enormous lover of Pallbearer’s debut, my expectations for this album almost eclipsed any other release this year. They did not fail to deliver. Holy shit did they deliver. 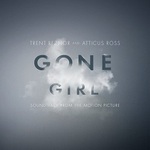 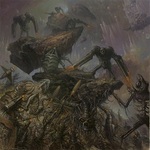 10. Trent Reznor/Atticus Ross – Gone Girl Score (Columbia)/Artificial Brain – Labyrinth Constellation (Profound Lore) (tie) Another tie for a very different reason. Blasphemy for some and nonsense for others, this score may be Reznor’s best work. It is, at least, arguably my personal favorite outside of The Fragile and certainly my favorite of his scores (even though I hold love for all of them). Artificial Brain, on the other hand, delivered a peculiar and dissonance-heavy sci-fi-or-die death metal release that wormed its way in to my usually black metal forever heart and refused to leave. 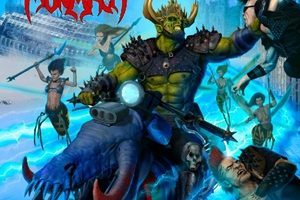