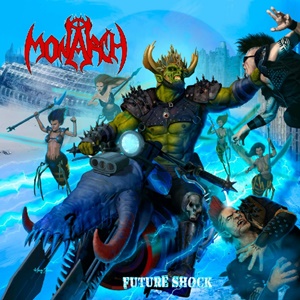 In the four years between albums, Monarch and its members have not been resting on their accomplishments. Winning Wacken Metal Battle USA in 2019, they got to play Wacken Open Air that summer in Germany – and have been sharing the stage with Death Angel, Nervosa, and Powerglove in their local California area. Choosing to level up with better studio and production qualities, it’s also apparent with Future Shock that this quartet intends on expanding all facets of the frantic thrash/death influences present previously, injecting energy and dynamics at every turn throughout these ten tracks.

Wasting no time getting down to neck breaking ferocity on the opener “Blast the Seed” – you can expect twin rhythms that pummel the aural landscape, vocals that rip and tear with screams from the depths of hell, and a rhythm section flexible to keep the BPM’s at an equal adrenaline-fueled pace but maintaining proper metal power tempo transitions. The subsequent songs run the gamut from more traditional-oriented affairs with melodic tinges that delve into Judas Priest/Iron Maiden aspects (“Khaos Warrior” an under three-minute guitar hero-ish affair) or longer efforts where you hear the musicians expand into darker or more expansive terrain a la Slayer, Death, or even Pantera for “Fatal Vector” where the cymbal/double kick work and extended guitar runs, bells and whistles heighten anticipation for the crunchy main hooks and rhythmic verse accents emanating from guitarist Matt Smith vocally. Varying the attack between faster thrash numbers and more mid-tempo classic metal/groove-oriented efforts ensures that the listeners will not succumb to the same riffs or textures track after track – a key element for successive playbacks to showcase the maturity and progression the band is making as they gain more confidence and chemistry. Tremolo-picking and haunting background vocals make second half track “Swarm of the Whorenet” a personal favorite – plenty of axe action and tempo changes making this exciting for those who love Kreator, 90’s-era Sepultura, and a bit of the intensity that the recent current Warbringer albums bring to the table.

Possibly more guitar-centric than their last album, Future Shock has that racing intensity and metal to the bone determination to win over even the most skeptical people in the underground. March up to the table and give Monarch your full support – as this is high quality thrash with diversity, musicianship, and killer songwriting at the forefront. 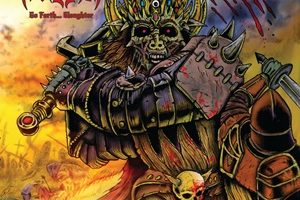 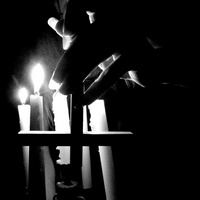