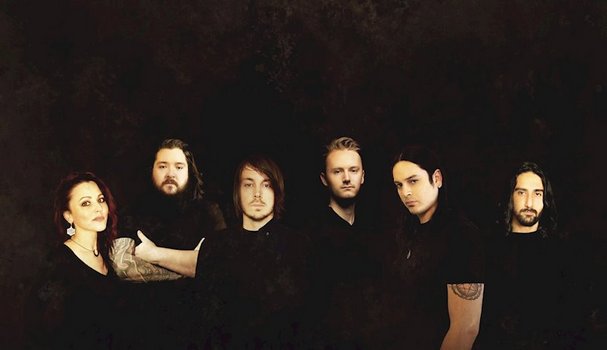 Summer is so close it can be tasted, and the promise of leaving the house this year is much higher. So be it metal or no, it’ll be nice to get into the sun and get plenty of fresh air – be it some live music or whatever venue suits you best. This month we take a look at releases from Bloodbeat, Constancia, Decapitated, Demon Incarnate, Distant, Drift into Black, Hannes Grossmann, King Company, Kingfisher Sky, Rawtism, Sojourner (pictured above). 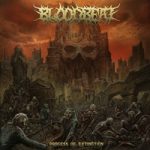 Bloodbeat – Process of Extinction (Inverse Records)
Swirling in that death/thrash stew is German unit Bloodbeat – founded in 2014 and up to the task of delivering addictive 90’s-oriented influences to a tee for this second album Process of Extinction. Sophisticated lead breaks and gruff Barney Greenway-esque vocals stand out against the hefty riffing and solid speedy to mid-tempo song templates – Slayer, Napalm Death, and mid-period Death would be proud of material like “Beyond the Skeletons” and “Rigor Mortis”. Plenty of head crushing passages to digest while the transitions cause brain splitting mania – and the cover art accurately displays what you would expect pressing play. Rage on. – Matt Coe (Bloodbeat official website) 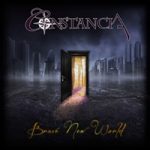 Constancia – Brave New World (Pride & Joy Music)
Featuring members across Swedish acts like Overdrive, Andromeda, Heartwind, and Blood Red Saints, Constancia as a quintet work in the melodic hard rock realm for their third album Brave New World. Focusing on simpler musical hooks, ideally phrased guitar breaks, and sterling vocal harmonies, most people will find a lot of 70’s/80’s AOR-like charm in material like “Forget Me Not” or the Styx-like keyboard bombast that transforms into arena rock bliss for “Stand Your Ground”. The silky sweet choruses reside in Def Leppard/Little River Band territory, while “We Are Unbreakable” reminds listeners that Constancia can explore some more progressive/Queensrÿche-ish guitars into a melodic hard rock context when they want to for dynamic contrast. Fans of Eclipse, Grand Design, and the aforementioned influences would be wise to seek this out. – Matt Coe (Constancia on Facebook) 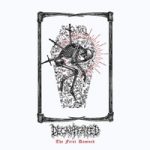 Decapitated – The First Damned (Nuclear Blast)
Peering back into the demo archives, Polish act Decapitated release a compilation The First Damned comprising their first demos Cemeteral Gardens (1997) and The Eye of Horus (1998). Purveyors of vicious technical death with aspects of groove metal present, songs like “Blessed”, “Destiny” and “Ereshkigal” possess breakneck riffs, pummeling tempos, and tenacity that would continue forward as a signed entity. Hard to believe this is the work of teenagers, but the abilities and talent were present out of the gate. The Slayer cover for “Mandatory Suicide” also is given that primal twist – the stacked riffs, deeper growls, and heavy-handed snare hits creating that evil swirl. Collectors missing out on the early material will delight in this outing. – Matt Coe (Decapitated official website) 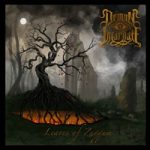 Demon Incarnate – Leaves of Zaqqum (Metalville)
Although the name may conjure an extreme metal vibe, German act Demon Incarnate sit in that stoner/doom/heavy metal veneer for this third album Leaves of Zaqqum. Featuring the sultry, bluesy melodies of Lisa Healy plus low-tuned, driving riffs and solid in the pocket drum work – aspects from Candlemass and Black Sabbath to 70’s hard rock (Uriah Heep, Budgie) come up when taking in the hefty, monumental chords of “To Resist”, while ivory / keyboard strains add that alluring, slow building dynamic to make “Lunar Mystic” a mid-album standout. Exotic/psychedelic guitar lines filter in as well – otherwise expect doom heavy rock with the right metal splashes, focused on immediacy in terms of melodies and musical hooks. Down to earth, hypnotic tracks that entertain and drain you of your daily toil. – Matt Coe (Demon Incarnate on Facebook) 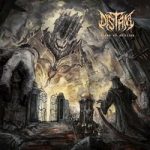 Distant – Aeons of Oblivion (Unique Leader)
Wrapping up the band’s EP-driven post-Tyrannotophia material and turning it into a full-length with some new material too, one shouldn’t expect big changes from this downtuned, chuggy death metal act. The usual deathcore grumblings apply, with monotonous riffing taking up the bulk of the landscape, along with some occasional speed ups and atmosphere. But with the churning rumbles at the forefront, it’s still hard to give this act a recommendation unless you happen to be a fan of that particular breed of death metal. – Kyle McGinn (Distant on Facebook) 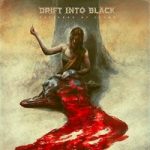 Drift into Black – Patterns of Light (Self-Released)
Listening to Patterns of Light on a dreary, rainy spring day seems to perfectly reflect the moody of the gloomy Drift into Black. Clearly influenced by a number of European doom acts but not opting to flatout copy them, there’s a murky, sullen atmosphere that is enhanced by synths that swings it in a more unique direction. Carefully including melodeath and even light proggy elements too, each track brings the listener further along on the conceptually dark journey. Also, four albums in four years – rather impressive at this quality. – Kyle McGinn (Drift into Black on Facebook) 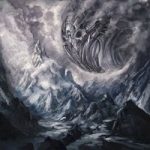 Hannes Grossmann – To Where the Light Retreats (Self-Released)
By now, with even the most casual interest in extreme metal, Hannes Grossmann should be a household name as one of the genre’s strongest drummers. Quite prolific with a number of acts, he has also been growing his own solo efforts too. This latest one continues to showcase that sweet blend of progressive and technical material he’s known for. Occasionally with some quite catchy melodies (see “The Sun Eaters”), it’s not hard to get caught up in the stunning progressive bits that he has been continuing to polish since the Obscura days. Technical, but all but guaranteed to be stuck in your head after one listen. – Kyle McGinn (Hannes Grossmann official website) 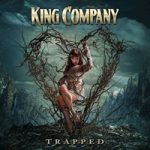 King Company – Trapped (AOR Heaven)
Containing musicians with links to Children of Bodom, Thunderstone, and Kiuas among others, King Company is a Finnish group set in a driving, bluesy melodic hard rock stance for this third album Trapped. Newest singer Ilkka Keskitalo has a rich mid-range and vibrant upper tone to his melodies (David Coverdale and Russell Allen would be proud), while the guitar and keyboard lead breaks possess that heroic arpeggio scale propensity we love in this style. “Stephanie” contains the piano and mid-tempo hooks plus supporting background vocals to be a movie soundtrack essential to any 80’s flick, while the seductive keyboards and jumpy guitars make “Nothing for Free” another back half favorite – especially for those who love classic Dokken or early Europe. Just the right amount of modern elements to keep this in a multi-generational appeal framework – catchy and comfortable. -Matt Coe (King Company official website) 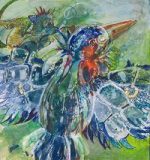 Kingfisher Sky – Rise (Self-Released)
Symphonic, progressive, and sometimes folky, Dutch band Kingfisher Sky has returned with four new songs with Rise. Sitting on the more graceful and melodic side of things, these tracks have a gentle and almost whimsical vibe to them as you listen. Yet a cinematic, soaring quality can exude from them at times too (as “Rise Up” provides). A nice, short release for when you want to listen to something a bit less abrasive and need that little dash of hope. – Kyle McGinn (Kingfisher Sky official website) 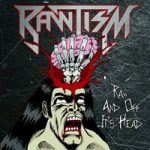 Rawtism – Raw and Off Its Head (Self-Released)
An Australian three-piece thrash act that has released three singles prior to this EP – Raw and Off Its Head delivers mid-tempo and slightly faster songs, five originals with plenty of gallops, pit-moving parts, and gang-oriented choruses that are similar to a Bay Area/semi-crossover connection. Think Metallica, Flotsam and Jetsam, and Nuclear Assault put through a bit of an Aussie blender, and that’s what you’ll get with tracks like “Go Rawtistic!” and “Stay Metal”. Most metalheads will appreciate the send up vocal nature and sophisticated guitar tricks added to the Rawtism interpretation of “Sultans of Swing”, originally done by Dire Straits. Decent entertainment value, and material that translates well at peak volumes from live pubs and stages far and wide. – Matt Coe (Rawtism on Facebook) 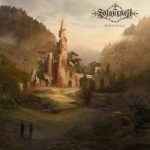 Sojourner – Perennial (Napalm)
Perennial is a two-song single put forth by blackened act Sojourner which offers a taste of new material with new female vocalist Lucia Amelia Emmanueli accompanying rasper Emilio Crespo. Everything the band has done in conjuring these sweeping, cinematic atmospheres is fantastically captured in the title track, showcasing some spinetingling moments between the two vocalists as well as some climatic musical buiildups. The other track, “Relics of the Natural Realm” (yes, a sequel to an earlier song) takes things in a more gentle, wilderness-driven direction but still provides a potent finale. A must for fans. – Kyle McGinn (Sojourner on Facebook)