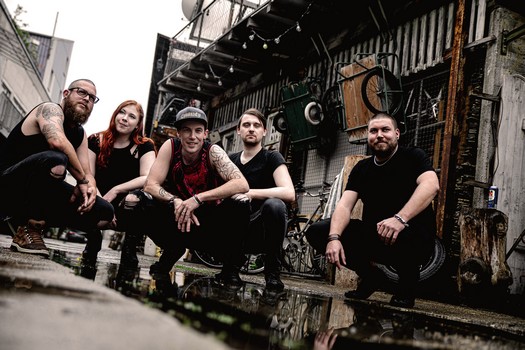 Each month continues to look more and more optimistic for the return of music, mostly as we have known it. More shows, and of course, plenty more releases to check out and absorb. This month we look at DemiAura, Dungeon Serpent, Epoch of Chirality, Fetid Zombie, Fimir, Lee Aaron, Lost in Grey, Nothing Sacred, Ophelia’s Eye (pictured above), Rampart, and Valyear. 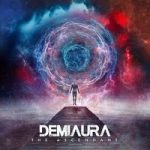 DemiAura – The Ascendant (Pavement Entertainment)
DemiAura starts us off this month with some cinematic progressive metal. The Ascendant is the band’s debut effort, but it comes from a long, storied past dating back to the ’90s. Such endeavors are noticeable in the band’s ability to nail the progressive elements with plenty of flash, but weave in other bits and pieces (not to mention Chelsea Wrathchild’s vocals) to keep it from being too indulgent. Lots of symphonic, soaring melodies to enjoy along with the intriguing riffs. – Kyle McGinn (DemiAura on Facebook) 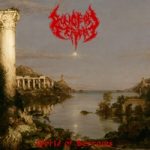 Dungeon Serpent – World of Sorrows (Nameless Grave Records)
Murky, jackhammering death metal but with an ear for melody. Dungeon Serpent avoid the pitfalls of playing a more barbaric sound but making sure that among the more aggressive and primal riffing that they can play with, there’s also some excellent melodies and solos to be had. So it can capture a more old school feel but also ensure that it doesn’t sound like the rest of the current pack. Truly something that could appeal to melodeath fans as well as the retro crowd. – Kyle McGinn (Dungeon Serpent on Bandcamp) 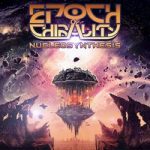 Epoch of Chirality – Nucleosynthesis (Self-Released)
Heavily synthesized ’80s synthwave/movie soundtrack sounds crossed with heavy metal sound like your thing? Epoch of Chirality has a nice swirl of the two pieces with Nucleosynthesis. An effective cinematic quality oversees the entire album, giving it a sci-fi vibe that goes well with the occasionally proggy but always dreamy feeling metallic riffs and hooks. Instrumental, and fully ready to suck you in for a real expansive and exploratory trip. – Kyle McGinn (Epoch of Chirality official website) 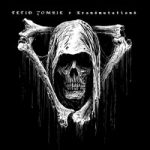 Fetid Zombie – Transmutations (Transcending Obscurity)
Acclaimed artist Mark Riddick is back at it again with Fetid Zombie, the atmospheric death metal act that refuses to play by the more traditional rulebook. It’s death metal to the bone, but melodies, atmosphere, doom, and more manage to squeeze their way into the songs and give them more variety to churn into a buzzing, deathly mix. As with the last release, there’s a veritable slew of top name performers within the genre lending a hand to Riddick. Worth a shot if you want some darker death metal that’s not afraid to stretch the wings a bit further. – Kyle McGinn (Fetid Zombie on Facebook) 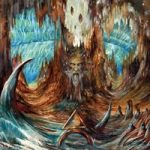 Fimir – Tomb of God (Argonauta Records)
Featuring four-fifths of former doom metal band Church of Void, Fimir is the newer vision for these musicians – releasing a demo and a couple of singles prior to this full-length Tomb of God. These six songs take on more of a cosmic/psychedelic sheen while still possessing mighty doom riffs and potent grooves. Between the melancholic delivery of Magus Corvus vocally and the measured, emotive interplay from guitarists A.D. and Georgios Funeral, most will be swept away by the jam-like sequences on “One Eyed Beast” and the haunting bass/drum syncopation permeating “Temple of Madness”. Injecting that European traditional angle allows Fimir to be melodic in sections, never forsaking the heaviness or despair. Another winner on a strong Argonauta roster. – Matt Coe (Fimir on Facebook) 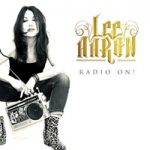 Lee Aaron – Radio On! (Metalville)
Canadian vocalist Lee Aaron gained acclaim in the early 1980’s for her melodic heavy metal/hard rock ways – albums like Metal Queen and Call of the Wild cult favorites worldwide. Returning with twelve brand-new songs for Radio On!, the silky smooth/bluesy-driven power of her voice shines over equally catchy melodic hard rock fare. Throwback in nature, you can hear aspects of The Scorpions, AC/DC, Thin Lizzy, and others in cuts like “Mama Don’t Remember” and “Soho Crawl” (the latter featuring church-like background vocals and pumping keyboards), while the six-minute plus “Devil’s Gold” as an introspective ballad elevates the lower, measured range to Lee’s versatility. Perfect for a palate cleanser when needing a slightly softer hard rock offering, or if you’ve always been a follower of her vast discography. – Matt Coe (Lee Aaron official website) 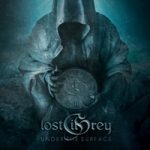 Lost In Grey – Under the Surface (Reaper Entertainment)
Evolving from a short-term project into full-fledged band, Lost in Grey are a Finnish symphonic metal act on the theatrical side in presentation and performance for their third album Under the Surface. Containing three singers, keyboards, violin play, guitars, bass and drums as a seven-piece, these musicians use all the tools of disposal to create an expansive, far-reaching sound without sacrificing contrast, catchiness, and dynamic atmosphere track to track. Keyboardist Harri Koskela as main composer has layers of orchestration beyond his main ivory duties, channeling Nightwish, Epica, and even Therion angles during cuts like “Shine” and “Disobedience” – while the three-part “Stardust” epic that concludes the record contains twenty-minutes of grandiose ideas, swirling from melodic death to serene gothic and natural power riffing beyond the expected symphonic voices and musical textures. Competent if not exactly predictable for the genre. – Matt Coe (Lost in Grey official website) 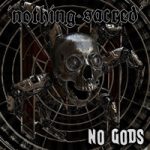 Nothing Sacred – No Gods (Rockshots Records)
Thirty-two years after their debut album, Australian melodic thrashers Nothing Sacred return with No Gods. Penning eight new songs plus resurrecting two tracks originally intended for the follow-up back in the day, these gentlemen possess a strong hook to groove ratio song to song, the vocal delivery more traditional/alternative sounding with proper chops and note sustainability, while the guitars rock and rhythm section support equally captivate. “First World Problems” sounds like something that could have come around in the early 90’s with a bit more of that punchy groove/soul accent, while “Oracle” reminds listeners of the pounding, jackhammer tempos and energetic riffs that put Death Angel and Exodus on the map. Inject a bit of that 80’s Priest/Maiden nostalgia into the mix and you have a record that presents the refined, polished side of melodic thrash. -Matt Coe (Nothing Sacred on Facebook) 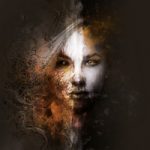 Ophelia’s Eye – Fight for Us (Self-Released)
An emerging Swiss metalcore/melodeath act, Ophelia’s Eye bring forth Fight for Us as a three song introduction. One can hear the influences of acts like Killswitch Engage and In Flames on the band, but there’s a more visceral melodeath angle in their aggression that gives them an edge. Groovy melodies, galloping riffs, and catchy harmonies give a touch more old school flavor without the band sounding dated and should work in their favor as word gets around. Worth a shot if you are seeking some melodeath that’s modern but still keeps it heavy. – Kyle McGinn (Ophelia’s Eye official website) 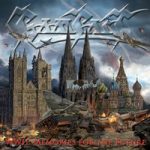 Rampart – WWII – Memories for the Future (Sleaszy Rider Records)
Hailing from Bulgaria, Rampart have been delivering their brand of heavy metal since 2006 – releasing four albums to date. WWII – Memories for the Future as the fifth full-length tackles a concept of lesser- known historical facts associated with World War II. Expect classic heavy metal with traditional and power influences – galloping bass, energetic drumming, catchy choruses, and plenty of stirring riffs and lead breaks on the guitar side of things. Aspects of Iron Maiden, Helloween and Doro spring up throughout “Napalm Stars”, the triumphant “Stormtalkers”, and twin harmony infectious closer “Now We Are One”. Some may struggle though with the dramatic, over-emphasized delivery Maria Diese occasionally employs – singing ability is there, just a tad pitchy in higher ranges. Ideal for those who love 80’s to early 90’s classic/power metal. – Matt Coe (Rampart on Facebook) 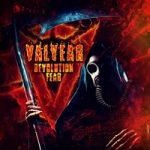 Valyear – Revolution Fear (Wormholedeath)
Toronto, Canada is a hotspot for all heavy music musicians – and home to Valyear. Alive since 2014, the four-piece pull from a variety of alternative, rock, and metal influences for the Revolution Fear album. Leaning into everything from Alice in Chains to Alter Bridge, even Hank Williams or a bit of Meshuggah, expect addictive musical hooks, a groove foundation with swagger, plus a vocal delivery that can go from alternative mid-range moaning to metallic screams in a heartbeat. Feel the pumping bass during “Like a Zombie”, or the punk/metal aesthetic throughout the rockin’ “I Hate Your Face” as two prime efforts that jump out of the speakers to shake bodies. Nothing groundbreaking, just raw and primal heavy music which should go down smooth in any listening device – or pub/club when Valyear come to a stage near you. – Matt Coe (Valyear on Facebook)