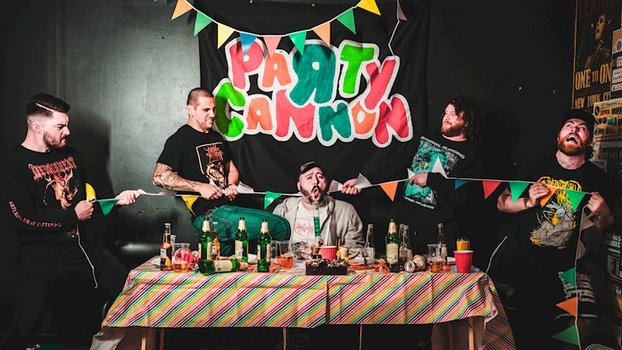 Officially into 2022, after yet another long year.  Shows are back, sort of at least, and music keeps churning out all over the place.  Eager to see if the quality matches the quantity, but as it usually is, it’s more a matter of just putting in a little legwork and finding the gems within the rough.  This column certainly helps there.  This month we cover Abyssus, At the Movies, Autumn’s Child, Descent, Eden Rayz, Great American Ghost, Nocturna, Party Cannon, The Quill, Redstacks, Space Parasites, Worm Shepherd. 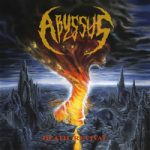 Abyssus – Death Revival (Transcending Obscurity)
No strangers to old school death metal, Abyssus return with their latest in Death Revival. As with previous releases, there’s an Obituary vibe to it but nothing that comes across as sounding too similar to said act.  It’s more an influence, and the band wears a number of them as they move through the tracks.  This is solid, well-built material – those who enjoy more classic sounding death metal will no doubt enjoy what Abyssus does.  No need to play 5,000 notes a song or do anything too crazy, just heavy grinding metal. – Katarina McGinn (Abyssus on Facebook) 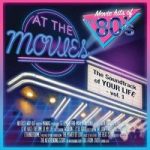 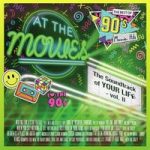 At the Movies – The Soundtrack of Your Life volume 1 & 2 (Atomic Fire Records)
Ever wonder what some classic movie soundtrack songs would sound like with Bjorn Strid behind the mic (along with members of Pretty Maids, Therion, Hammerfall, and others)?  If you hadn’t caught up with At the Movies over the quarantine period, and this piques your interest, all of their songs have been put into two easy to find collections with The Soundtrack of Your Life.  Volume 1 covers the ’80s and Volume 2 covers the ’90s. From a personal perspective, the ’80s collection edges out the ’90s, with “No Easy Way Out,” “The Power of Love,” and “The Heat is On” bringing up some serious nostalgia vibes.  But the ’90s does have a solid cover of “I Want it That Way” in addition to “Crush,” “(You Drive Me) Crazy,” and “I’ve Been Thinking About You” for some good pop turned rock fun.  Turn this one up, and let the nostalgia just wash over you with a big grin.  – Katarina McGinn (At the Movies official website) 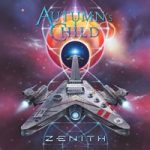 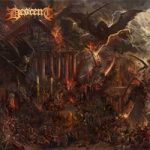 Descent – Order of Chaos (Brilliant Emperor Records)
If buzzsaw-driven madness is your thing, prepare yourself for Descent’s latest onslaught.  Merging that Swedish death metal spirit into something even more intense and sinister.  With some more immediate hardcore-inspired riffs and complete worship of brutality, it makes for a piledriving effort.  That said, like previous releases, it does hinder some of the memorability of the tracks.  But if you are in the mood for something entirely visceral and full of bludgeoning riffs, you can’t go wrong with this. – Katarina McGinn (Descent on Facebook)

Eden Rayz – “Saint Anthony’s Fire” (Self-Released)
Best known for her work fronting Angel Grinder and Scaphism, “Saint Anthony’s Fire” is the a solo track from an upcoming EP by Eden Rayz.  This one is for those who want something out of the box, as the focal point here is a cello, not an electric guitar.  Combined with the drumming, it makes for an almost otherworldy and tribal-esque feeling.  Adding Eden’s vocals into the mix augments that sensation further.  It creates an avant-garde and eerie swirling akin to some controlled chaos, with an excellent message backing it to boot. – Katarina McGinn (Eden Rayz on Facebook) 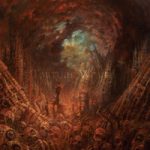 Great American Ghost – Torture World (MNRK Heavy)
Successfully merging dark hardcore with death metal, Great American Ghost returns with a follow-up EP to Power Through Terror.  Such a merger isn’t always an easy one, and inevitably some will cry foul at the use of things like clean vocals in the title track, but it feels like a solid component to a band that spends much of its time providing some stomping hardcore riffs and balancing it it out with some more death metal aggression and foreboding melodies. The formula may not knock anyone’s socks off at this point, but it has the tenacity and energy required, and it does so with a matter of flair and abrasion.  – Katarina McGinn (Great American Ghost on Facebook) 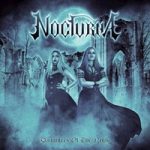 Nocturna – Daughters of the Night (Scarlet Records)
Combining aspects of Japanese Kabuki theater, gothic and symphonic power metal, Nocturna is a five-piece outfit from Italian act featuring guitarist / songwriter Federico Mondelli and dual female singers to develop a wide array of sonic possibilities. Running through ten tracks of faster/energetic power offerings and dramatic, tear-inducing ballads, songs like “New Evil”, “Blood of Heaven” and the progressive-oriented “In This Tragedy” fit well for those who love Nightwish, Within Temptation, or a bit of current Unleash the Archers when it comes to engaging riffing, stirring melodies, and tension-filled transitions to keep you on the edge of your seat. Grace Darkling and Rehn Stillnight glide effortlessly into gothic and operatic registers, sending chill bumps separately as well as when harmonizing together during the ballad “The Sorrow Path”. Compact at thirty-eight minutes, Daughters of the Night is a delightful debut. – Matt Coe (Nocturna on Facebook) 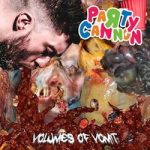 Party Cannon – Volumes of Vomit (Gore House Productions)
Party Cannon’s rather bright logo always had stood out, and Volumes of Vomit simply continues the band’s brutal slamming death metal efforts.  It’s entirely and wholly brutal in tone, full of some incredible slams, guttural burping, and blasting drums.  If you are familiar with the formula with bands like Disgorge of Devourment, you have a good idea of what you are getting into.  Party Cannon know how to perform it with some extra humor and finesse, and that along should make them worth checking out if you haven’t as of yet. – Katarina McGinn (Party Cannon on Facebook) 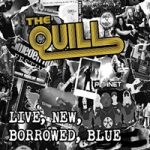 The Quill – Live, New, Borrowed, Blue (Metalville)
Much like a bride needing certain ‘traditions’ that adhere to conventional wedding etiquette, The Quill used this extra pandemic downtime to pour through their archives and come out with this grab bag of material for another release. Containing live tracks, extended versions of other songs, a couple of newer cuts not appearing on any record, plus special covers, you get a solid 47-minute outing of heavy/stoner metal as the Swedes have been doing it for decades. As newer songs “Children of the Tree” has that 90’s Corrosion of Conformity slinky vibe throughout it’s six-minute runtime, while “Burning Tree” draws inspiration from older blues, the distant vocals adding a haunting vibe. Love the “Where Eagles Dare” cover from Iron Maiden too, a stellar interpretation showcasing the proficiency of these iconic legends of metal taken in the band’s stoner context. Keep plowing forward in that smoky haze. – Matt Coe(The Quill on Facebook) 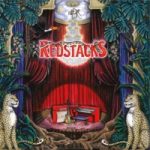 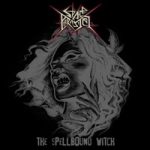 Space Parasites – The Spellbound Witch (Iron Shield Records)
The second album The Spellbound Witch from German act Space Parasites is a primal example of heads down thrash. Right down to the sadistic, ‘witch’-like voice of Nadine ‘Danger Diene’ Woelk (think Holy Moses meets Savage Master) and in your face riffs plus ferocious bass/drum support, heads will bang, and mouths will roar to cuts such as “Enter the Void”, “Rot in Hell”, and the surprisingly melodic/catchy “He-M-An” (aka ‘Heavy… Metal… Animals!’). Not exactly original in approach (the opening riff to “Crimson Eyes” from clean to heavy transition Annihilator fans will know immediately), the execution will get the underground abuzz and thrashing about, and that’s the main appeal Space Parasites aim to achieve.  – Matt Coe (Space Parasites official website) 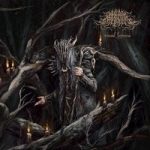 Worm Shepherd – Ritual Hymns (Unique Leader)
Talk about a quick turn around!  In the Wake of Sol just being released in the middle of 2021, Worm Shepherd are back with more music to start off 2022.  The mix of elements is largely the same, with everything from black metal to deathcore to slamming death metal all in the whirlwind of a mix.  It feels a bit more cohesive than that of its predecessor, showcasing that the band is well on their way to finding some very solid footing in such ambitious territory.  Those in need for something rather brutal but carrying an epic quality to it should find plenty to be of liking here.  – Katarina McGinn (Worm Shepherd on Facebook)