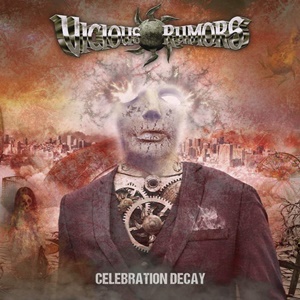 Pioneers of the US power metal movement, Vicious Rumors still have enough fire and passion in their collective bellies to release new music even in 2020. Fresh off a long hundred gigs plus touring expedition worldwide to push the 30th anniversary of their Digital Dictator release, it shouldn’t be surprising that Celebration Decay has the band in tip-top recording shape through these eleven tracks. Surrounding themselves with young talent and some veteran support, this record aims to prove that current Vicious Rumors can still deliver wicked riffs, solid hooks and melodies, and songs that rock.

Those who’ve come to know and love the history of VR are aware that the strong rhythm attack of guitarist Geoff Thorpe plus the energetic, fluid mechanics of drummer Larry Howe anchor the sound – along with soaring, multi-octave vocals as delivered by their latest singer Nick Courtney. The pacing of the record mixes up standard anthems and tracks that have a potent gallop – it’s evident that a lot of the 80’s/early 90’s back catalog is top of mind when listening to many of the main riffs, twin harmony accents, and choruses of “Arrival of Desolation” and “Long Way Home”. At the same time, Bay Area trademarks from the thrash scene come to the forefront, a la “In My Darkest Hour”-Megadeth for the opening sequence of “Asylum of Blood”, boosted by the prominent, thick bass tone of guest Greg Christian (ex-Testament). Recording with long-time producer Juan Urteaga ensures the band crunchy guitars and a solid power metal foundation, mixing in the occasional speedier or more atmospheric textures as necessary for dynamic diversity. Atmospheric acoustic strumming opens the darker, ballad-ish “Darkness Divine”, while “Collision Course Disaster” gets the double kick adrenaline pumping for a back half metal highlight – properly pushing into context that the band serves up a wide prism of material and ideas.

Will Vicious Rumors ever top the Carl Albert-led albums of the 80’s/90’s? Probably not – that was a moment in time where the band caught lightning in a bottle. But don’t discount their current records as they still maintain many of those hallmark traits that put Vicious Rumors at the top of the US power metal scene – and as such Celebration Decay deserves attention and full-on support from those in the traditional camps. 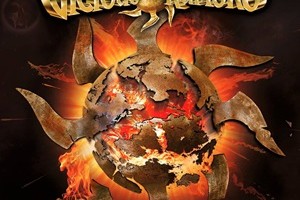 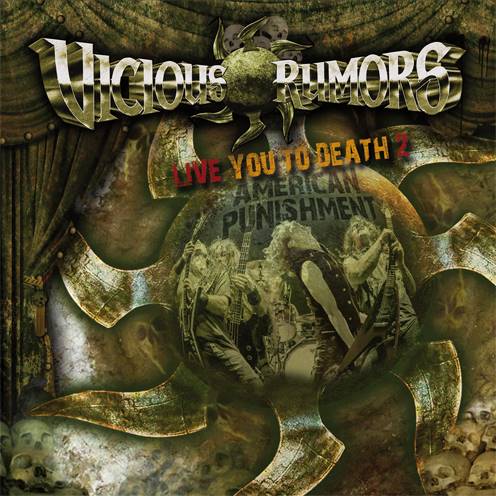