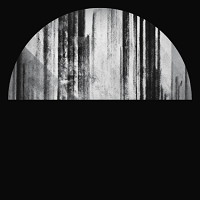 Cult of Luna live versus the band on record…not even comparable. Having just caught the Swedes in support of Katatonia, DR can attest to the sheer volume (we’re talking headache level) the band can produce with its three guitar, two percussionist attack. They’re so dialed-in, they don’t have to do much other than pluck the low E and reverberation delight happens. Yet that approach won’t fly on record, specifically the two-part Vertikal, which simply pads CoL’s experimental exploits and vision of urban decay.

The band’s post-metal sound has traversed their Isis-happy halcyon days for something more callous and cold sounding. Not factoring in the quasi-annoying bark of Johannes Persson (far and away the worst aspect of Cult of Luna), the electronic builds and focus on percussive elements gives a song like “Light Chaser” a brand new façade. It’s urgent and swirling, gradually building up to a crash of sounds and bigger barks from Persson. While the purely soundcape-directed “O R O” is an atmosphere setter, the Justin Broadrick remixed “Vicarious Redemption” points the needle in the right direction when it comes to hypnotic beats and lavish keyboards. And as it would happen, closer “Shun the Mask” is the closest thing to a traditional Cult of Luna number, with the Swedes doing their patented crescendo and melt at the song’s conclusion.

As intensive as both Vertikals are, Cult of Luna remains a very digestible entity. Their artistic exploits are taking them even further from their glory-bound days, yet that’s what progression is all about. Either you’re with Cult of Luna, or not. Probably should go along for the ride.