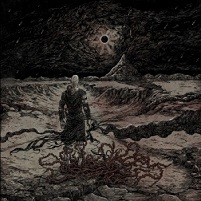 Iceland: a proud nation of stunningly beautiful, putrefied shark eating Vikings.   Volcanoes that belch poisonous clouds of hellish atmosphere into the jet stream, which wreak havoc on our sense of normalcy, exist in both literal and metaphorical forms – see 2010’s Eyjafjallajökull eruption and 2013’s release of In Terra Profugus by Carpe Noctem for proof of that.

Murky, swirling atmospheres of ominous black metal punctuated by crisp and focused delivery is what Carpe Noctem brings to the table.  Formed in Reykjavik in 2005, they have released a pair of demos and an EP, leading to their first full-length with In Terra Profugus.  And a hell of debut it is.  In the territory of the venerable Deathspell Omega, Carpe Noctem play an avant-garde style of black metal, rather far removed from the traditional icy rasps of the black metal purists, or the ever-expanding world of the Pagans.  While a little more grounded than an average Deathspell album, these five Icelanders produce some oppressively dark sentiment, thick with texture.  All five members make their presence felt, and the clarity of the album production serves them well.

Sounding both alien and apocalyptic, there is a real sense of dread conveyed by the effective use of space as well as chaos.  Dark, stark guitar melodies wreathe themselves around the frantic urgency of the drums, while vocalist Alexander oversees this sinister madness with powerful delivery.  Carpe Noctem mixes things up along the way with regards to pace, and the album settles into varied tempos.  Given the flow of things, this is one of those albums which is best experienced as a whole.   With tracks that bleed one into the next, there are no “radio edits” on In Terra Profugus. The songs are long and need time to breathe.  The album spans five tracks ranging from eight to fourteen minutes each, with a total run time of fifty-two minutes.  The cover art does a good job for setting the tone on this one.   If you’re now past hallucinogens (or if you’re not), throw this one in and let it take you on a heavy trip, man.