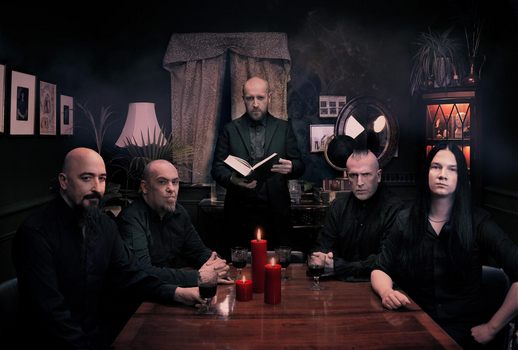 Hard to believe that we are already halfway through 2020! As always, we at DR have gathered our thoughts about the state of metal and mustered up a list of our very favorite releases for the year to date (admittedly, we’ve had some extra time for that due to quarantine conditions). Things are always subject to change and up for debate, so let’s see what has been striking our collective fancy while we try to make it through what has been a crazy year so far.

Kyle McGinn
Definitely not the year that many of us imagined at its onset, and things continue to get more strange by the day. At least we can revel in the fact that 2020 has come out with guns a-blazing in this first half of the year. Admittedly, the fall season seems a little slower than normal but it’s to be expected given the circumstances. As always, starting to cultivate a best-of list at the beginning of the year, there’s already quite a solid top 12 year-end list even if things aren’t quite up to the usual fall rush.

David E. Gehlke
Silver linings during this time are few. It has, however, afforded more time to listen to music, for, after all, there is never enough time to listen to metal. As Kyle so deftly noted, the year got off to a roaring start. The release schedule was packed, tours were lined up, festival season was primed and ready…and it all came to a halt. Fingers crossed things improve and some semblance of “normalcy” returns, although there’s a reason why the word is in quotation marks — it may be a long time before we get back to normal, if ever again. –

Matt Coe
For the first few months of the year, life appeared to be quite normal. By mid-March, COVID-19 as a virus changed the landscape on a global scale – including the United States where we were on shutdown mode. Fortunately for the staff at Dead Rhetoric, that has given us more time to listen to the latest releases, interview more artists, and attempt to provide the best coverage we can possible to entertain and inform you during these trying times. Here are my favorites so far for the first half of 2020 in heavy metal.

Matthew Bowling
The year no one expected but probably the year the world needed, 2020 has been as unkind to the metal realm as it has been to the rest of humanity. Not that there haven’t been a number of solid (even spectacular) albums released, but that sliver of twilight brightness has been largely obscured by the complete collapse of the touring ecosystem. We must seek that brightness where we can, however, no matter how dim it may appear. Several of these stellar releases embody that spirit.

JE Batin
2020. Infamous. Atramentous. And it’s only the first half of the year. It’s only fitting that Metal not only thrived, but the music from the dark recesses of humanity managed to come up with albums that also serve as soundtracks to what has been a very tumultuous year so far. Here are just 5 of them: