Take away a certain quarterback from a certain football team based in Northeast Ohio committing what some are calling “the worst pass ever,” and the week was without incident, especially in the world of metal. The fall release schedule is in full bloom, in addition to a packed touring schedule, so there’s plenty to go around. And with that, we’ll have plenty more to cover, in between bouts of shouting endless expletives at the television on Sundays… – David E. Gehlke

General housekeeping
We are hosting a giveaway for some of Cruz Del Sur Music’s latest releases. Check it out here.

We take a trip through time with Death Angel’s “Seemingly Endless Time” video.

Features
Matt Coe takes us back to ten years ago with his Land of the Lost: 2003 column. (High-five for the inclusion of Katatonia’s Viva Emptiness, of course.)

Sweden’s In Solitude are sure to make a significant dent with their third album, Sister. Here to tell us about it was singer Pelle Ahman.

Supergroup? What supergroup? So asks Twilight of the Gods frontman Alan Averill.

Reviews
Canadian death metal champs Kataklysm return with another ferocious, yet engaging platter in the form of Waiting for the End to Come.

All this talent and Oblivion disappoints on their Called to Rise debut.

Paradise Lost dig into the vaults for Tragic Illusions 25 (The Rarities).

Man Must Die’s Peace Was Never An Option is deemed as “colossal” by our own Matthew Bowling.

Here’s the oddball pick of the week (and year): LowCityRain’s irresistible self-titled debut, a total throwback to 80’s new wave. 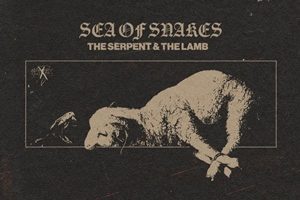