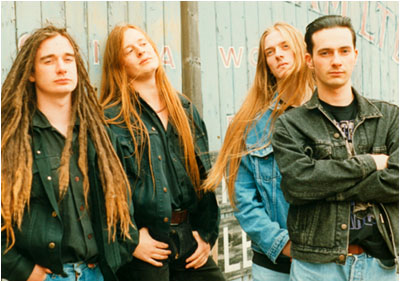 One of the standout numbers on 1991’s Necroticism: Descanting the Insalubrious, “Incarnated Solvent Abuse” was one of those transitory songs, the type they weren’t capable of doing on Symphonies of Sickness, but had matured enough to bust out at this point in time. The opening riff is instant; same for the riff that follows, battering-ram like in its intensity, but with just enough melody to be thrust over what was going on in Florida. Still a live staple to this day, “Incarnated Solvent Abuse” is as someone on YouTube stated, “Heavy enough to make me want to run over someone in my car.”