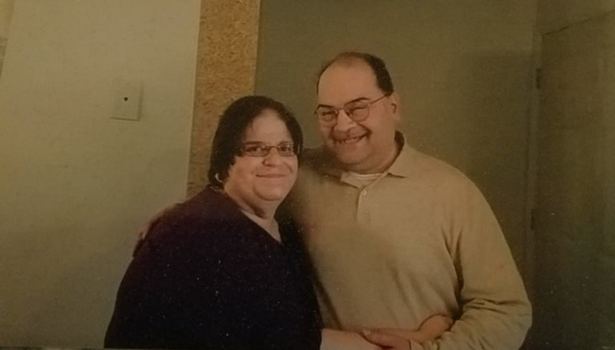 The emotional and personal climate of 2021 still hung low due to the swirling impact of COVID-19. Even with vaccines available, the ability for bands to play live was sparse at least in the first half of the year – finally opening horizons that came around by the summertime at least on a stateside basis. Which made it that much more imperative to digest, absorb, process, and reflect upon records more than ever. Musicians feel the need to create and express themselves in turbulent, uncertain times – and heavy metal as a genre continues to supply the masses with hope and energy as that fireball salvo to feel comfort and salvation.

Reflecting on the records of 2021 that gained most attention from me, it was a year that considering the world was still for the most part in isolation/lockdown mode gave plenty of time to take in this material and dig deeper to find what rises to the top. Veteran acts domestically and abroad made outstanding albums – including the reunion of sorts the likes we never thought we would see in our lifetime, intertwining the best of the current and old guard in the case of Helloween following a long reunion tour with a highly anticipated studio record. There are a couple of newer acts that made the list as well – proving that even as I am in my fifties doesn’t mean that I stick to the old ‘tried and true’ styles.

Here are some of the records that made this year much easier to handle. Once again, a mix of styles and acts young and old that keep this scribe smiling. Dig in, devour, and possibly discover a gem or two that may have not passed through those ears nearly enough.  Let’s run down the list from 12 to 1 of what are the best albums for 2021 – or what could be considered the most played efforts to others… 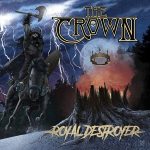 12. The Crown – Royal Destroyer (Metal Blade)
The Swedes continue to excel at taking thrash/death influences and putting in some punk, hardcore, and traditional elements to make it all their own. Eleven albums strong and still killing it. 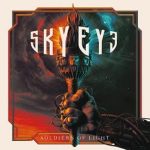 11. SkyEye – Soldiers of Light (Reaper Entertainment)
Metal from Slovenia with the professionalism and sound that resonates well for fans of Iron Maiden, Jag Panzer, and others in the power/progressive metal realm. Great production values, proper tones, stellar melodies and hooks – a band that will be making a strong impact. 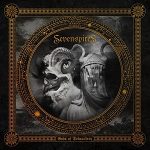 10. Seven Spires – Gods of Debauchery (Frontiers Music)
Fortunate to discover this band literally while Adrienne Cowan and Jack Kosto were early in their time at Berklee, the growth of this symphonic power metal band through their veritable wide array of influences (Disney soundtracks, classical composers, extreme metal) shines through on this third album. The end of a trilogy, but the start of world domination. 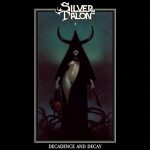 9. Silver Talon – Decadence and Decay (M-Theory Audio)
Developing a darker take on American power/progressive metal, Decadence and Decay takes reference to groups like Nevermore, Fates Warning, Queensrÿche and Destiny’s End among others in terms of riffing, solos, high octane vocals, and diverse songwriting. Plenty of killer musicianship to dive into and appreciate here. 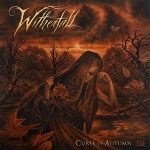 8. Witherfall – Curse of Autumn (Century Media)
Refusing to remain stagnant, Witherfall continues to excel at modern power/progressive metal with Curse of Autumn. Everything from Nevermore, Symphony X, and Yngwie to Opeth, Death, and Rush can appear song to song here – its cohesive and coherent in its own way. Proof that US metal still has viable life in current times. 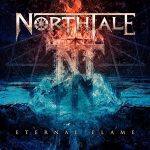 7. NorthTale – Eternal Flame (Nuclear Blast)
This international power metal band on their second album synthesizes the speed, the glory, and the happy times that this style can provide. Their new singer has a multi-octave prowess hitting in the lower range as easily as the eagle highs – plenty of shredding, twin harmonies, and 16th note double kick parts plus singalongs to scream from any party or rooftop. Old fans of Angra, Stratovarius, Gamma Ray, and the like – enjoy! 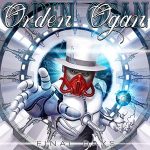 6. Orden Ogan – Final Days (AFM Records)
Masters of huge sounds as far as heavy guitars and larger than life choir parts, Orden Ogan launch into the sci-fi/cyber realm for Final Days. They still take what acts like Blind Guardian and Helloween started to another level – unafraid to be modern when called for while not sacrificing the distinctive song to song quality necessary for their audience to champion. 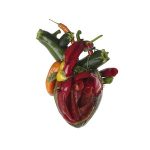 5. Carcass – Torn Arteries (Nuclear Blast)
We may not necessarily get new studio albums from these UK vets as often as we did in the 80’s and 90’s – but the quality can’t be denied here. Sturdy melodic death metal with the rock ‘n roll aspects to treasure. 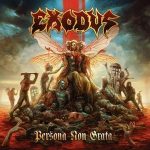 4. Exodus – Persona Non Grata (Nuclear Blast)
The best thrash release of the year. Probably one of the best thrash albums of this decade – and could be looked at as another benchmark for all musicians to study. Killer riffing, strong performances, Zetro’s voice firing on all cylinders. Feel the sweat, take the bumps, this one hurts in all the right places. 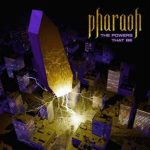 3. Pharaoh – The Powers That Be (Cruz Del Sur Music)
The most progressive release from this power metal act, Pharaoh continue to subscribe to their own accord through The Powers That Be. Featuring proficient musicianship and superior intuition as far as the songwriting and performances, the quartet take metal (and outside the box) influences to create an addictive, moving set of songs. 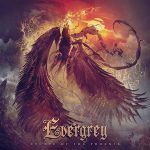 2. Evergrey – Escape of the Phoenix (AFM Records)
Probably my favorite band of the last twenty plus years, the consistency for dark, melodic power/progressive metal from these Swedes reigns once again here. Always striving to hit those emotional highs and lows on the musical, lyrical, and vocal fronts – Escape of the Phoenix captures the multi-faceted abilities to create, expand, and touch all the head and heartstrings their faithful followers treasure. 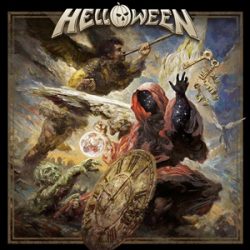 1. Helloween – Helloween (Nuclear Blast)
The current incarnation of Helloween along with guitarist/vocalist Kai Hansen and vocalist Michael Kiske successfully tour the globe together – and naturally follow things up with a self-titled studio record. They hit a home run with this material – featuring a mix of up-tempo rockers, mid-tempo anthems, and the epic “Skyfall” outing, these veterans continue to prove why they are on the mountaintop when it comes to power metal. 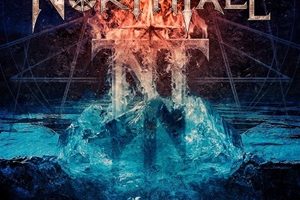