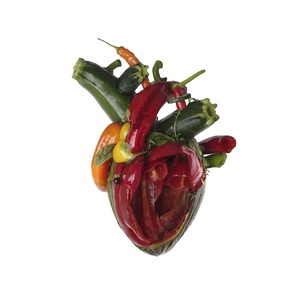 Rightfully, Carcass shook the metal world significantly with their last album, the return effort Surgical Steel.  Many have looked at it as a reunion album done right, and it’s hard not to agree.  Torn Arteries, as the long-awaited follow-up, comes now eight years after Steel (admittedly later than expected due to a COVID-related release delay) to answer the question of if lightning can strike twice for this veteran act.  The answer is a solid yes.

Torn Arteries works best because it plays itself as a greatly varied metal album that tips its hat to many of the iterations of Carcass throughout the years.  A greatest hits with all new tracks, so to speak.  You get some (slight) grindy nods in songs like “Kelly’s Meat Emporium” and the title track, though admittedly a bit more polished up instead of sounding like yesteryear.  They hit like a scalpel, methodically cutting in where you’d like, such as the noticeable Bill Steer-bolstered growls to accompany Jeff Walker’s rasps, and some blast-driven upticks in speed.  But even in said tracks, you’ll bear witness to some impressive solowork and intricate melodic guitarwork that the band really honed in on with later releases Heartwork and Swansong.  Hearing them with a fresh coat of paint like you do here does give it a distinct thrill.

But there’s more than just nostalgia to play off of, with other cuts like the groove-driven “Dance of Ixtab” bringing in more rock-ish flair and the almost 10-minute melodic and entirely memorable “Flesh Ripping Sonic Torment Limited” seeing the band really stretch their creativity.  Between the vicious riffs, undeniable grooves, sweeping melodies, and witty song titles and lyrics, there’s much to really dig into past the first few listens.  As the band weaves through influences from essentially Necrotism onwards, its intriguing to hear how they can piece together elements from their varied past and merge them into a cohesive whole – all the while capturing an air of freshness.  The one-two punch of “Eleanor Rigor Mortis” and previously released “Under the Scalpel Blade” offer a great window into which the album plays.

Even with grand expectations set before them, Carcass still puts on a spellbinding performance on Torn Arteries.  The sheer wealth of diversity and standout musicianship should be enough to seal the deal for many, and the duality of melody and aggression is bound to take most of the rest by storm (except maybe the die-hard fans of their first two efforts).  Torn Arteries was justly hyped up, and it lives up to lofty expectations with deranged glee.  All to be expected from the mighty Carcass.