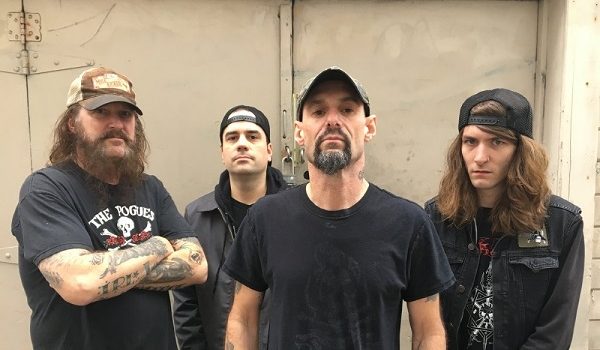 In this month’s Rapid Fires, our short review column that helps us keep up with the onslaught of underground releases, we have a Freedom Hawk, Troll, and Zeke, sort of the “What’s in a name” edition of this column. Such things, however, are not nearly as important as the music, which as always, comes to the fore when debating how wide a net metal casts. Up for debate this month is Crypitus, Cypecore, the aforementioned Freedom Hawk, Levania, Maze of Feelings, Meridian, Reject the Sickness, Screaming Beast, Spellwitch, St. Elmo’s Fire, Troll, The Ugly, Vargrav, Windhand/Satan’s Satyrs, and Zeke (pictured). 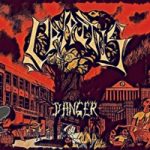 Crypitus – Danger single (Self-Released)
Returning to stake their eclectic heavy thrash meets death on a left-field progressive twist trip, Vermont’s Crypitus give us “Danger” – a nine-minute plus track that features dual low clean melodies and savage screams, while musically running over the same versatile map in its thrash/death/progressive crossover fusion. The solo has a floaty nuance as the flurry of notes come from a psychedelic/jazzy perspective – while once again, it’s difficult to pinpoint specific influences for the epic effort (Voivod, Black Sabbath, Type O Negative, and 80’s punk/hardcore within one song), making this a treat for eclectic tastes. – Matt Coe (Crypitus official website) 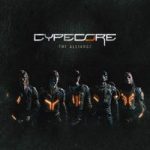 Cypecore – The Alliance (Cargo Records)
Modern groove and industrial metal collide with melodic death with Cypecore’s The Alliance. A sound that could easily nail it out of the park for this scribe, it ends up coming across more as simply competent than anything else. The riffs have a good weight to them, and the industrial elements work well, but the melodic death metal underpinnings just don’t have enough enthusiasm behind them to keep it memorable. While there’s no particular fault of the album, it just ends up feeling more generic than it should after a few listens, with machine gun riffing ruling the day but ultimately ending up rather repetitive. It’s passable, but there are stronger examples within the genre. – Kyle McGinn (Cypecore on Facebook) 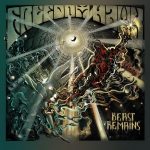 Freedom Hawk – Beast Remains (Ripple Music)
Pure rock — whatever it may be circa 2018 — is perhaps represented best by Freedom Hawk, who play a brand of easy-wheeling, good time-feeling hard rock. On their fifth full-length Beast Remains, the band (who hail from Virginia) haul out a hefty Sabbath-on-Clutch body of work, highlighted by would-be single “Solid Gold” and energic “Deep Inside,” which would have worked really well for Sabbath during their ’70s peaked. Point being, plop Freedom Hawk down anywhere and they’ll do what they do, which is rock. – David E. Gehlke (Freedom Hawk Facebook) 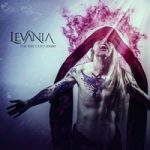 Levania – The Day I Left Apart (Sliptrick Records)
Promising a shift in their sound from previous material (though unknown to this scribe), Levania offer a very modern feel with their new EP. The Day I Left Apart has both gothic and metalcore leanings, with a very noticeable electronic/dance undercurrent (think Amaranthe). This will be the make or break for most people, but for those who want a little pep in their step, this is a strong 5-song outing. Heavier and gothic sections, complete with pounding synths, are often laced with growls and this is of course countered with more melodic and poppy clean female singing. But it’s quite catchy and gets the job done while still bringing enough heaviness to it. Levania could be some promising new players as we look to their future if you are into this sound. – Kyle McGinn (Levania on Facebook) 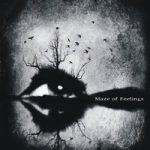 Maze of Feelings – Maze of Feelings (BadMoodMan Music)
A pleasant surprise listening to Maze of Feelings after checking out a press release and seeing the label they were on. The expectation of straight-forward doom/death was certainly there, with assumed quality (hence BadMoodMan/Solitude Productions), but Maze of Feelings have a more unique vibe. It’s doom/death for sure, but the injection of pure heavy metal and prog elements make it a more immediate, and less drawn-out affair. There’s the gloom you crave, but there’s also some hooks that you didn’t know you wanted. A fantastic combination that gets them out of the usual box, and hopefully some deserved attention. – Kyle McGinn (Maze of Feelings on Facebook) 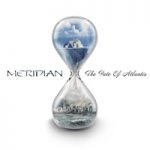 Meridian – The Fate of Atlantis (Mighty Music)
The latest EP from Danish act Meridian, The Fate of Atlantis contains five songs gravitating to more melodic heavy metal with classic principles sheen – infusing more of a bluesy, Rainbow-esque charm to their Maiden meets AOR/power influences. “Fragments of a Life” and the thoughtful, bright title track follow-up contain resplendent guitar hooks and upper register vocal comfort that keep festival legions bouncing/singing to the back. Between Lars Märker’s AOR-ish voice (think Sheriff) and the appropriate shredding / musical back up support (bassist Peter Bruun fortunately not relegated to just window decoration), this is a strong effort for those who want catchy heavy metal which isn’t too over the top. – Matt Coe (Meredian official website) 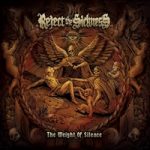 Reject the Sickness – The Weight of Silence (Mighty Music)
Shredding metal since 2010, Belgian unit Reject the Sickness sit in that groovy melodic death meets modern thrash/hardcore mold for their second record The Weight of Silence. Through these ten tracks you can expect energetic hooks, savage screams, and an abundance of guitar tricks and licks that provide aural catchiness and spasmodic body stimulation. At The Gates, Dark Tranquillity and Soilwork come up as reference points just as much as All Shall Parish and Caliban on stirring cuts like the tribal-infused “Face the Storm” and forceful mid-tempo stomper “True Nature”. Occasional use of abstract clean vocals and sound effects intensifies the next blistering speed barrage – as “Never Trust a Liar” illustrates. In the end, this record proves European death/thrash with modern leanings is in good hands because of groups like Reject the Sickness. – Matt Coe (Reject the Sickness official website) 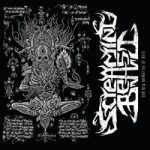 Screaming Beast – Our New Narrative of Hate (Self-Released)
Taking some full-on groove and running it into a thrashy and metalcore driven song structure, Screaming Beast know how to write a catchy track. At times, that early 2000s US metalcore vibe runs rampant (see “World With Fate”), but the grooves are so hooky that you aren’t going to be complaining. Each track has a moment that’s bound to get you moving due to the sheer energy of it. Vocally, there’s a good mixture of more shouted vocals and clean(ish) singing that doesn’t stick to the usual formula. Overall, an enjoyable first attempt even if they are catering to a style that many have simply looked past at this point. – Kyle McGinn (Screaming Beast on Facebook) 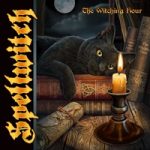 Spellwitch – The Witching Hour (Stormspell Records)
Finnish musician Kimmo Perämäki (involved in Celesty and Spiritus Mortis as a vocalist) started Spellwitch to execute his love for classic 80’s metal. The Witching Hour features eight songs plus an intro that embody that spirit – mid-paced riffing and a sense of dark power pervade much of “Trust in Fire” and “Legacy of Greed”, the way that early Savatage, King Diamond, or Stormwitch made an impact. Kimmo uses his forceful, soaring capabilities to elevate the melodies, ensuring plenty of headbanging moments. Nothing groundbreaking, just solid songwriting that brings back those early years of power metal. – Matt Coe (Spellwitch on Facebook) 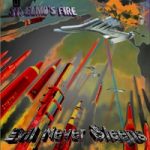 St. Elmo’s Fire – Evil Never Sleeps (Pure Steel Records)
Another 80’s US metal band returning for a second go around, St. Elmo’s Fire may be best known as a John Hughes film featuring the Brat Pack, but here we have a California metal band with a new studio album in Evil Never Sleeps. Drummer Kris Gustofson played in Trauma with Cliff Burton back in the day, while guitarist Jeff Jones has been a part of the group since their inception in 1980. Straddling the melodic hard rock/heavy metal platforms, you can expect catchy, down to earth songs filled with hook-laden riffs, solid rhythm section mechanics, and a gritty performance from latest vocalist Kevin Brady that resembles a smoother Jeff Keith (Tesla). Musically songs like “Betrayer” and “Soultaker” are cut from that Priest/Maiden cloth taken in that US Kiss/ Y&T veneer – bluesy but still heavy as hell. A little long-winded at 15 songs and 71 minutes, Evil Never Sleeps has its most promising appeal with 40-somethings who desire more of that 80’s headbanging glory. – Matt Coe (St. Elmo’s Fire on Facebook) 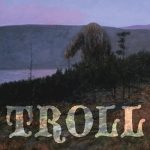 Troll (Portland) – Troll (Shadow Kingdom)
Portland’s Troll, not to be confused with the Australian or various Norwegian Trolls, have a got a nice, free-wheeling rock thing going, sort of soaked in vintage doom, but able to feel around for those classic metal grooves. On their self-titled effort (originally released in 2016, but getting the Shadow Kingdom treatment), the band, specifically, the guitar work of Lou VanLanning, combine stocked melodies with Sabbath angles, coming to full throttle on “Infinite Death,” which is probably where other Trolls take notice and head for the hills. – David E. Gehlke (Troll Facebook) 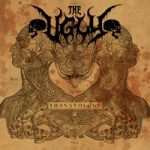 The Ugly – Thanatology (ViciSolum Productions)
A new act that harkens back to that ’90s black metal aesthetic, The Ugly aren’t shooting for a symphonic metal masterpiece. This is more raw and unrelenting black metal, with subtle melodies and tremolo-picked riffs that will catch your ear but they won’t take your eyes of the blazing speed and assaulting blastbeats. The cold and icy atmosphere is not meant to be an overly welcoming one, but the frantic pacing is bound to draw those looking for a more ‘true’ experience, for which it succeeds marvelously. Shame more bands don’t go for this type of visceral approach nowadays, as Thanatology is ripe with energy and passion. – Kyle McGinn (The Ugly on Facebook) 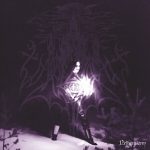 Vargrav – Netherstorm (Werewolf)
Horns up to Finland’s Vargrav for their willingness to pay homage to symphonic black metal’s underrated past. Of course, the style has often gotten a bad rap since it drifted into Goth territory, but its forefathers (Dimmu Borgir, Abigor, etc.) proved rather adept at combining grandiose arrangements within the context of black metal. The same applies here, with the band’s Netherstorm album whipping up the necessary maelstrom of tremolo-buzzing, harsh keys and blinding drumming…just like 1995 all over again. – David E. Gehlke (Vargrav Facebook)

Windhand/Satan’s Satyrs – Split (Relapse)
“Tune low, play slow,” something Crowbar has worked to brilliance and Windhand are still figuring out. On their split with fellow Virginians Satan’s Satyrs, Windhand funnel what is now a fairly typical template of fuzzed-out, stonewalled guitars amidst a backdrop of even slower tempos. And since their “Three Sisters” tune eats up nearly 14 minutes, it’s a welcoming sight/sound when Satan’s Satyrs push their attitude-laden thrash rock around, especially on “Ain’t That Lovin’ You Baby,” which drips with 70s rock sass. – David E. Gehlke (Windhand/Satan’s Satyr’s Facebook) 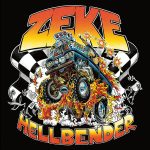 Zeke – Hellbender (Relapse)
For whatever reason, this scribe attaches Zeke to Napalm Death, for Barney Greenway wore the band’s shirt during the promotional run for The Code is Red way back in 2005. Since then, the Seattle punkers haven’t bothered to release a new full-length until now in the form of Hellbender. Age, obviously, has done little to temper the band’s rage and energy, for, these songs get moving pretty quickly, with the usual punk jabs and tempo shards flying all over the place. While Zeke hasn’t perfected punk, they can certainly rest comfortably knowing the metal scene enjoys the presence, especially Mr. Greenway. – David E. Gehlke (Zeke Facebook) 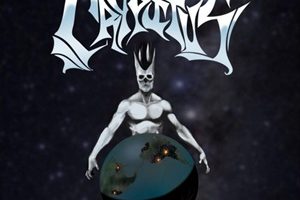