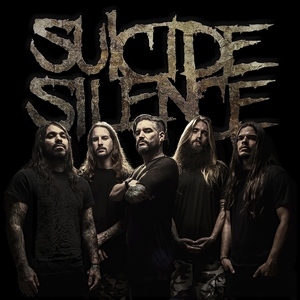 One would have to be living under a rock at the bottom of the ocean to not have heard the hubbub about Suicide Silence’s change in direction and the fan backlash for going against the grain and taking major changes with their sound. The final product is definitely not deathcore, but nor is it as simple to classify as nu-metal, something that seems to be being barked across the Internet.

Truth be told, it seems that Suicide Silence had some grand ambitions when they went into record this album. Dark, ‘90s nu metal inspirations take their place in the album’s palette, but come across more as an artsy and more atmospheric interpretation rather than a commercially-driven strain. But then there are moments that come across as more genuinely metallic in nature, such as the death metal-esque lurching that occurs in parts of “Hold Me Up Hold Me Down.” There’s a certain level of intentional raw grit and filth within the sound that does work within the frame of what the band was trying to accomplish as well, and grabbing Ross Robinson seems a good pick with this idea in mind.

However, the execution of such grand ambitions seems to have fallen short. It’s a tough album to absorb in one sitting. The songs lack a cohesive structure, and seem to bounce around at will – rendering many of them to be a blur of noise and downtuned riffs. While it’s not meant to be a repetitive verse-chorus-verse structure, there’s just not that many hooks, instrumentally or vocally, to sink into. Eddie Hermida’s vocals are as sporadic as the music, jumping between shouts and sung lines (there are some growls to be had as well). While it’s clear that there’s no studio magic behind the vocals, some of the sung lines feel awkward and clunky in execution (see “The Zero”).

While it’s admirable that Suicide Silence wanted to stay true to themselves instead of putting out another exercise in deathcore banality, Suicide Silence comes off somewhat disjointed and unhinged. There are some good ideas to be found, but cannot make up for the jarring nature of the majority of the album. One has to wonder if they will continue down this path for the next album, which could hold promise, or take the “return to form” route and end up forgetting this experiment existed.