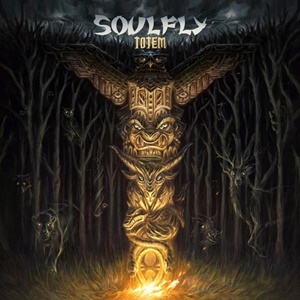 Evolution has been a constant in the world of Max Cavalera. A pure lover of all forms of heavy music (and beyond), listeners have come to expect progression record to record, no matter what outfit or configuration that develops. Once again reaching back into his savage thrash/death roots, Totem combines the well-established rhythmic stomp that Soulfly has established since the start as well as still remaining heavy, relevant, and passionate in pursuit of tribal-based metal that continues to possess global appeal.

Positioning the proper guest vocals in the right places as John Tardy of Obituary for “Summoning the Vile” – the dripping, caustic screams match the musical brutality, transporting us back to the early 90’s when the original death scene exploded. Meanwhile throughout the record, you have a bludgeoning wall of guitars mirroring the precision raspy force of Max’s main melodies – the lead breaks providing a volley of energetic dynamics to keep “Filth Upon Filth”, while the delayed voices and wah-wah infused guitar passages plus diverse speed/groove measures for the follow-up “Rot in Pain” evoke memories of Beneath the Remains. Eight of the tracks blitzkrieg the aural landscape, often in shorter three-minutes or less bursts – while the title track at 5:31 has that mid-tempo, lurching stomp that sends pit-craving hordes lunatic, and the epic “Spirit Animal” closer contains almost ten-minutes of expansive mind-oriented parts to treasure: nature sounds, industrial/power thoughts, blasting maneuvers, twisted and hypnotic transitions that fuse a host of Max’s past, present, and future influences. Usually older artists struggle to maintain integrity while keeping one ear to the ground for newer takes on well-established styles – Soulfly taps into both sides of the equation, thus consistently appeasing themselves as artists and the followers who cherish their craft.

Totem again proves Soulfly won’t be resting on their early discography appeal when hitting stages worldwide over the next few years – as this is heavy, aggressive, thoughtful material sure to elicit screams, roars, and chants of appeasement. 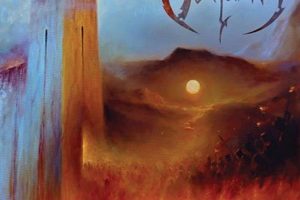