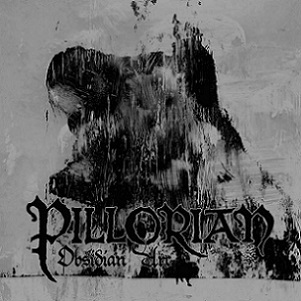 Yeah, of course, it’s a bummer Agalloch are no more. Anytime a beloved underground band bites the dust it’s a downer, but such is life. No point in dwelling on it. After a brief Internet back-and-forth over who was responsible for the band’s demise, main Agalloch dude John Haughm has subsequently resurfaced in Pillorian along with multi-instrumentalist Stephen Parker and drummer Trevor Mathews. The resultant Obsidian Arc debut has Haughm’s stamp all over it, which is as reassuring as a cool Pacific Northwest forest breeze.

Haughm has such an identifiable style that hallmarks from his previous band cannot be missed. His chord progressions and melodic choices here are given the perfunctory lift, and have more aggressive hues than idle-time wandering, if you will. So without the acoustic touches and prominent atmospheric backdrop comes songs with a more hardline direction, like on “Archaen Divinity,” which boasts a forceful opening riff only to plunge into a miasma of black metal blasts. While “Forged Iron Crucible” does indeed begin on a quiet note, its unrelenting speed-picking and Haughm’s spiteful caw make it undeniably harsh. Haughm and team save the best for last, though, with “Dark Is the River of Man” serving as the album’s most resonant number, stacked with caressing melodies, clean vocal hues and a total climax.

About as natural a hand-off from one band to the next as possible, Pillorian’s debut is vital and engaging. While it’s apparent there will always be ties to the past from Haughm, the common thread of songwriting acumen and isolated, individualistic spirit remains very much intact. Obsidian Arc is the first in what should be a long line of boundary-free metal from one of the scene’s true visionaries. 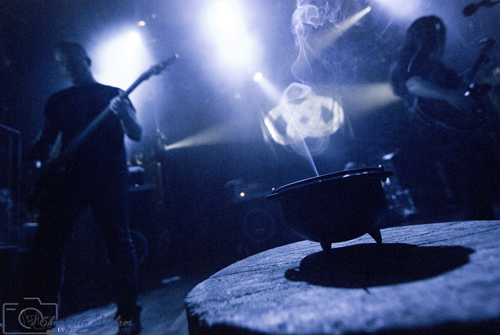