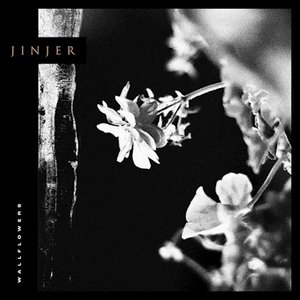 Not willing to risk lose their rising momentum while being at the mercy of the pandemic, Jinjer returns after their double-release year in 2019 (Macro and Micro) with their new full-length Wallflowers. Given the success and attention they were receiving, it would be all too easy for a buzzworthy act to simply follow the formula of what worked for them in the past. Jinjer continues to raise expectations by advancing their sound into new directions while embracing the core of their identity.

While there’s no escaping the groove-driven, heavy, and dynamic formula that the band has designed for themselves, it’s great to see that they are still willing to explore new territory. By this point in their career, they know what works for them and they can be playful while being respectful to what the fanbase expects from them. A nice case in point is already released single “Vortex,” where floating melodies cross paths with massive grooves and an even more impressive breakdown later in the track. Jinjer feels unabashed about their progress into even heavier territory than they have previously explored, and other cuts like the grinding “Colossus” and groovy yet triumphant “Dead Hands Feel No Pain.” Those coming into the band from some of their more melodic moments should also be pleased by the playful “Disclosure!” that explodes into galloping and progressive heaviness which frequently tickles the ear. “Wallflower” also utilizes a more gentle, almost jazz club vibe that slowly picks up more heaviness as it rumbles onwards to a dark and weighty conclusion. The band continues to impress with the more subtle aspects of their music as well, with the progressive touches being something that require a few listens to really absorb, lingering below the heavy/melodic interplay and groove. Take the bass work bubbling below “Copycat,” as well as the guitar melodies that weave their way into the blistering mid-tempo riffs. Its precisely this sort of thing that keeps the attention for fans, along with the snarling energy of course.

Jinjer rightfully continue their upward trajectory with Wallflowers. The reason for their breakthrough was providing a fresh and interesting sound within the metal community, and they continue to tweak, refine, and innovate themselves with each new release. Jinjer continues to operate at the top of their game.