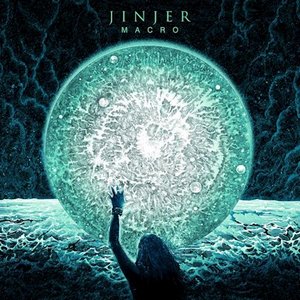 Among the up-and-comers in metal within the last few years, Jinjer has seemed poised to make the jump into the next level with their consistent increases in quality from Cloud Factory to King of Everything to their recent Micro EP. What’s most impressive, with this rise in fanbase (which has started to move even towards outside the metal realm), is that they have stuck to their guns and released what they have wanted to make each time. It would be all too easy to stick to the script, but Jinjer continue to defy expectation with Macro.

While one can argue that some of the band’s sound has been established at this point, they still manage to craft something that can often surprise – not sticking to the path of least resistance. Monsterous modern grooves, as well as Tatiana Shmaylyuk’s diverse vocal range, still defines the band. But for every track that is rooted in chunky rhythms and jackhammering heaviness and melodic dynamics (“Noah”), there are unexpected left turns. The first, and easily to identify is that of first single “Judgement (& Punishment),” with it’s reggae-inspired beats seamlessly woven into the band’s mix. It’s a fun track that hits hard while you can still keep a smile on your face. Then there’s “Home Back,” which is front-loaded with groove and heaviness, only to switch gears and integrate a more jazzy, coffeehouse-esque atmosphere at the middle of the track in a way that’s just as entrancing. Likewise, “The Prophecy” is throttling in its aggression, but ends on a more eerie and atmospheric note that feels surprisingly playful at the same time due to the audible bass work. The final track, “lainnereP” (yes, an excellent link back to “Perennial” on Micro) ends on a much more gentle yet dark note, with ambient soundscapes and electronics that seems like it shouldn’t work, but acts as an oddly inviting close to the album to reflect upon it.

If it seems as if most of the tracks have been mentioned specifically, there’s good reason to it. Jinjer’s greatest strength it seems, is to be able to craft songs with genuine personality. There’s something inviting about them, even when they come at the listener with full-force and aggression, and they manage to stick with you long after the album comes to a close. Macro captures Jinjer at their strongest and most creative point to date, giving them some additional ammo to back the claim of being one of metal’s most promising entities.