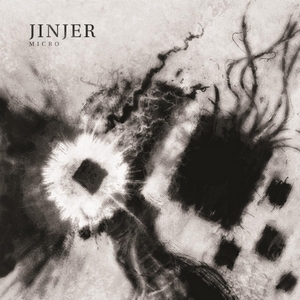 The ever-nagging question for a band that succeeds with the arduous task of finding a sound that is uniquely theirs is, “Where do we go from here?” In the case of Jinjer, the exposure they gained from 2016’s King of Everything all but made them explode and be a force to be reckoned with in the metal community (and even outside of it). As the first bit of new material following said album, Micro is not content to be merely ‘more of the same’ and sees Jinjer attempt to further push the boundaries in delightful and surprising ways.

There’s not a ton of material here (four songs and a short instrumental closer), but it more than hints at Jinjer’s ability to be confident in who they are as a band. Not content to be sitting still, each track on Micro represents something that feels different yet still comes together in a manner that is cohesive, and undeniably ‘Jinjer’ in sound. First single “Ape” is a fair enough jumping point for the band, embracing more intricate progressive songwriting structures that twist and turn while merging it with some absolutely massive and hook-ridden grooves (the stomping end of the song is nothing if not explosive). “Dreadful Moments” on the other hand, goes much darker and introspective than the band has attempted in the past. Tatiana Shmailyuk really takes centerstage here with some very emotionally resonate lines but still engulfing the listener with a powerful snarl, and notable bass rumblings add to the sense of sorrow. “Teacher, Teacher!” takes some risks structurally as Shmailyuk soulfully delivers some rapped lyrics in between more volatile rounds of heavier and complex riffing and tasteful drum beats in what is probably the EP’s most exploratory track as it swings between melodic atmosphere and dense guitarwork. “Perennial” then goes straight for the throat with some thrashy tempos only to lay down some thick grooves as well as some of the EP’s most epic clean vocals and dreamy vibes. This lends itself to the relaxing closing instrumental, with allows for a moment of reflection before the EP comes to an end.

Jinjer could have just as easily played it safe with some leftovers from King of Everything, but instead challenges the listener to move forward with Micro. Thoughtful lyrics, more challenging and varied songwriting, and all done with respect to what they have already accomplished. If this is any indication of the band’s intent as they continue to gain traction around the globe, they are truly positioning themselves as ready to step up to be one of metal’s future leaders.