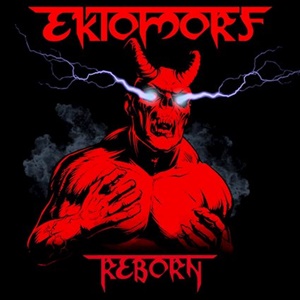 An apt title for a veteran band, Hungarian metal machine Ektomorf feel Reborn as they’ve signed to Napalm Records for a new deal. Existing for 26 years, they’ve often garnered comparisons to Soulfly, Sepultura, or anything Max Cavalera related – which makes sense when listening to their latest efforts from Aggressor and Retribution to Fury. Vocalist/guitarist Zoltan Farkas is the lone survivor from the 90’s era – assembling a potent quartet that have been with him since 2018. Which makes the eight songs for this effort very interesting as the four-piece manage to bridge some of their early thrash influences with their neo-hardcore/groove metal leanings of the present.

Choosing to acknowledge a love of the ‘Big Four’ of thrash, it’s not surprising that specific rhythms and tempos contain the spirit and memories of classic songs. One listen to the main mid-tempo guitar hook and wah-wah solo within “And the Dead Will Walk” brings many aspects of “The Thing That Should Not Be” from Metallica to mind – although Zoltan’s raspy bark puts a Max Cavalera charm to the proceedings. Or the opening drum/guitar salvo to “Ebullition” has a “Disposable Heroes” progressive propulsion, while the slower crunch of “Fear Me” makes you want to stomp and charge like Anthrax during their Among the Living days. All is not hero worship though – the band keeping a crunchy, fierce low charge to the process that can be groove-driven, occasionally adding in some classical acoustic guitar touches for “Where the Hate Conceives” that remind you Ektomorf can play in a sophisticated way at times beyond just pounding your ears into submission through electric power and aggressive energy. The seven-minute plus instrumental “Forsaken” contains interesting open snare/cymbal groove ambiance that relates back to the 70’s, a catchy bass backbone, and twin guitar synchronicity/harmonies that cause listeners to sway in a euphoric, outer universe manner.

Cruising down memory lane in 37 minutes and change, Reborn could make Ektomorf a bit more relevant to the old-timers, while possibly educating many of the new breed of followers to the ways of the 80’s. And while not exactly storming the gates of originality, it’s at least acknowledging the importance of Metallica, Megadeth, Slayer, and Anthrax on the worldwide scene.