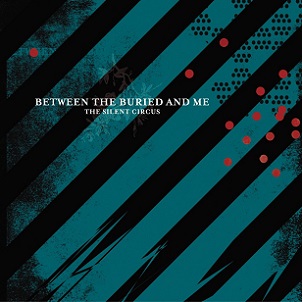 Between the Buried and Me continues to celebrate its twentieth anniversary as a band, and is now following up the stellar remix/remaster of its eponymous debut by giving the same treatment to their storied (if not as well-regarded) second album The Silent Circus. Originally released in October 2003 through Victory Records, like many in my age group, it was with this album I was introduced to the band. I didn’t quite appreciate it or the band initially – that would come with Alaska – but it was with that release in the bowels of my mid-sophomore year I began following the band in earnest.

The Silent Circus was not really an evolution for the band coming off the self-titled and was notable for being produced someone other than Jamie King (unfortunate, given how muddled it sounded). That unfortunate sound has been corrected here as Mr. King’s efforts here benefit The Silent Circus even more than they did the debut – while not a brand-new album, the remaster does give it a new lease on life. Unfortunately, the fantastic sound also serves to highlight that did not possess much growth from the self-titled. For much of the album the band leans hard into a wide range of heavy stylistic variations, there’s less use of the “hardcore breakdown” but the band spends much of its time operating on all cylinders as it incorporates elements of thrash and death, the intricacies of which can shine through like never before.

Each of the band’s albums has its clique among the fan base and for many of The Silent Circus, that anchor point was likely “Mordecai”. From its scorched earth opening to jazzy mid-section to ascendant outro, it bears many similarities to “Shevanel Cut a Flip” from the debut and carried on a exploration in dynamics the band would continue to develop on Alaska. The album mid-point is one of breathing, as the synth-focused “Reaction” and acoustic-led “Shevanel Take 2” stand in stark contrast to the three tracks that open the album. The tone reverts to the pursuit of fire after these digressions, with the album’s back set being even more destruction-focused than its opening. Chug life is all life on “Aesthetic”, a song notable as being a template that most late 00’s deathcore bands chose to copy. The surprise in “The Need For Repetition” remains, I won’t spoil it here.

In truth I suppose The Silent Circus is a work of a band finding its way, just like the self-titled was, only here the chops are more pronounced and perhaps they were more comfortable working in that mode. Over the years, The Silent Circus hasn’t gotten much play from me out of the band’s discography, something that appears to be shared with members of the band when they’ve engaged in retrospectives on their career thus far. While it stands well above most band’s sophomore releases (particularly the band’s contemporaries), the band’s lineup was still shifting – the work that followed casting a long shadow over the work here. Still, the album benefits tremendously from the remix/remaster and it will not disappoint its fans or the band’s fans more broadly.

I wonder – is Alaska next?