Saturday, 2nd May 2020 By Matthew Bowling 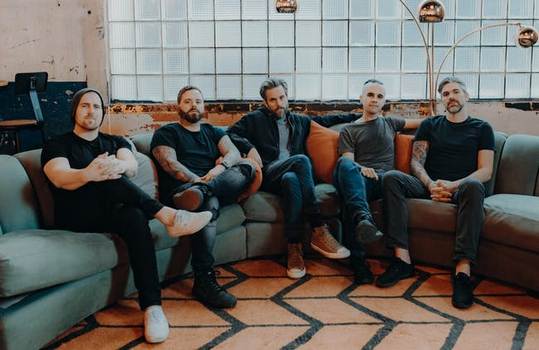 April 2002. Yours truly was a freshman in high school nearing the end of the school year and still a solid six or seven months away from an introduction to the ‘legitimate’ metal world (that is, the world apart from popular staples at the time like Korn and System of A Down). Introductions had been made to higher profile entries in the ‘hardcore’ world like Poison The Well and Eighteen Visions and there would be many more to come in the year ahead. In late 2003, not long after they released their second album, I would be introduced to the subject of our foray here: Between the Buried and Me. Goddamn, time does fly.

The band’s eponymous debut album reaches adulthood this year and while it’s no doubt a slap of mortality that anyone engaged in a cultural milieu comes to face sooner or later, it is nevertheless fascinating. My own understanding and appreciation of Between the Buried and Me wouldn’t really crystalize until 2005’s Alaska, like many others withinin the endless possibility of the guitar solo that carries “Selkies: The Endless Obsession”. Experience with Between the Buried and Me would come and go over time, the occasional visit in early morning hours, an experience somewhat indicative of what the band would become but also very much a confluence of its many influences.

In truth my appreciation for the album began to grow somewhat recently – 2016. I saw the band twice that year in San Diego, the second time notable for being host to the recording the band made for Coma Ecliptic (though on the ground they seemed extremely bored with the material). The first, however, was on a co-headlining tour with August Burns Red and right in the middle of their setlist came the debut’s closing track, “Shevanel Cut a Flip”. I won’t say it was a revelation because that would be drastically overselling it but I did regularly revisit the album after that.

It’s mentioned because Between the Buried and Me has reached a milestone separate from reaching voting age – it’s been remastered and is being reintroduced to the wild for listeners to experience anew. In short – it sounds amazing. Not to say the original sounds bad, given the small-world circumstances of the band recording in 2001 and 2002 but the remix/remaster work here is choice. This does not sound like 2002. Long-time producer Jamie King has knocked it out of the park – it sounds absolutely enormous.

“More Of Myself to Kill” opens with the same fervor that it always has – but now clearer and with a newfound weight, a weight it throws around as it jumps into familiar breakdowns. Breakdowns the listener, likely familiar, will find across the album. Not to discredit the songwriting, Between the Buried and Me was a foundation work in the bourgeoning metalcore scene and it seethes with tropes the band would shed rapidly in the years after.

The seeds of progressive elements are certainly here – “Aspirations” is a stylistic cyclone and what I recall as being one of the band’s lonely forays into falsetto use remains a staple in its center. “Fire For A Dry Mouth” is a gnarled conflagration that still offers no respite until its closing moments. The aforementioned closer, “Shevenal Cut a Flip” is the spirit of Janus – a mixed punishing and spastic first half that gives over to a warm and triumphant second half. Tommy’s vocals sound as young as you’d expect them to – but there’s no mistaking him for anyone else.

Between the Buried and Me is a fascinating experience in this format – something out of time, almost, when combining how good it sounds with its nascent (comparatively) compositional qualities. The flavor of the band is very much present and I imagine if we were not living under the auspices of plague containment, it is likely a tour themed around this album would kill it with crowds night in and night out. Accordingly listening to it in this form makes for a refreshing jot down a familiar hallway.

In times of uncertainty, which now certainly is, that could be all some need. Pick up the vinyl, settle in, and upset your neighbors. 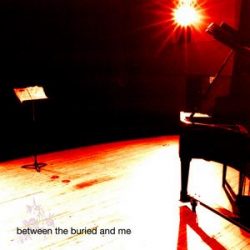