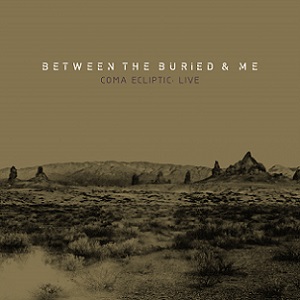 No band has done more for “new” progressive metal than Between the Buried and Me. Progressive and/or prog has and never will be cool, but BTBAM has brought the style in front of unforeseen audiences when it seemed like no one outside of Dream Theater, Rush and YES fanboys would take interest. That alone is an accomplishment worth celebrating, but BTBAM are often ones to push new boundaries rather than be thrwarted by them. Case in point, their Coma Ecliptic: Live visual set, which captures the band playing the 2015 album of the same name in its entirety.

Filmed at The Observatory North Park in San Diego, CA in October of 2016, Coma Ecliptic: Live may not completely bring the album’s storyline of a man stuck in a coma as he travels through previous lives to life (that would require a mondo huge budget ala Dream Theater’s The Astonishing), but it does find BTBAM at their relatively new-found progg-y max. Vocalist/keyboardist Tommy Rogers may be semi-tethered to his keyboard, but his engaging persona and ability to Jekyll/Hyde his vocals remains one of the band’s defining qualities. Along through the elongated, airy jamming of “The Coma Machine” and “Turn on the Darkness,” to the full-on prog whirlwind of “Memory Palace,” BTBAM plays the album like its been out for years, set to a darkly-lit backdrop.

Professionally shot and directed (lots of close-up of the band members in full-shred), but without any extras (that we know of), Coma Ecliptic: Live is simply a snapshot of the best-of-the-best in terms of modern-day progressive metal. It is now of little doubt BTBAM’s run as prog top dawgs will not be ending any time soon. Visual forays like Coma Ecliptic: Live are simply there to capture mouths agape.

Between the Buried and Me official site