September 2016 Album of the Month: Allegaeon’s Proponent for Sentience 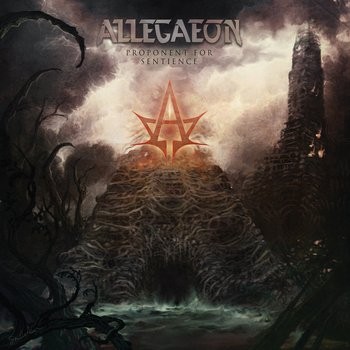 It’s not often that we give 10/10’s at Dead Rhetoric. So it’s without much surprise or fanfare that Allegaeon’s latest opus, Proponent for Sentience was chosen as our album of the month (though admittedly with some stiff competition from Insomnium’s Winter’s Gate). Allegaeon’s fourth album not only sees the introduction of new vocalist Riley McShane, but the entire band stepping things up a notch from the already excellent Elements of the Infinite. Memorable riffs, staggering leads, and death metal majesty reign supreme over a 72-minute runtime that never becomes self-indulgent or excessive. Allegaeon have worked their way to the forefront of the scene, and Proponent for Sentience shows them capable of dominating it.

Read the entire review HERE, and check out the full album on the Bandcamp widget below.