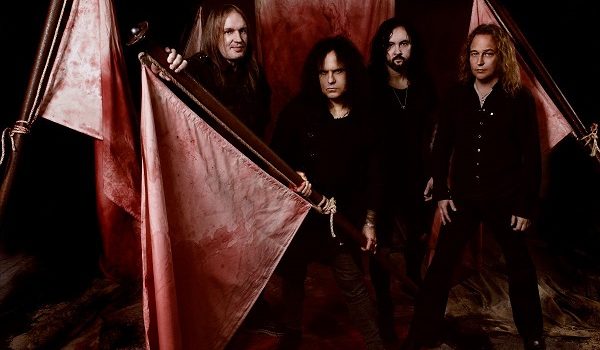 German thrash institution Kreator release an album every five years. It’s a time period necessitated by their nose-to-the-grindstone focus on touring and their status as an elite band whose studio albums are mini-events. This holds true for Hate Über Alles, our pick of the month for June. Here’s what Matt Coe had to say: 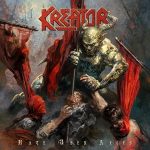 Masters of thrash Kreator may take a little longer to release studio albums than in the 80s and 90s, but that’s only due to a vigorous worldwide touring and festival schedule that keeps the bills paid in the modern marketplace. Coinciding with the resurgence of thrash in the early 2000s, there’s little dispute in the band’s consistency and potency album by album. Starting with 2001’s Violent Revolution through their last studio record Gods of Violence in 2017, their adaptation to advanced production and modern technology without compromising the savage music and principles at hand propels the group to top tier status still in a subgenre almost 40 years old.

Noted artist Eliran Kantor develops another winning cover, while Arthur Rizk adds another premiere producer credit a la his work with Power Trip and Sacred Reich, giving the instrumentation and vocals that lively warmth that allows the listener to engage, enjoy and feel the minor/major details again and again. To these ears, Hate Über Alles takes the best of Extreme Aggression and Phantom Antichrist to 2022 and beyond – proving Kreator is as relevant today at thrash as they were during the explosive 80’s development of the movement.

Check out the full review!