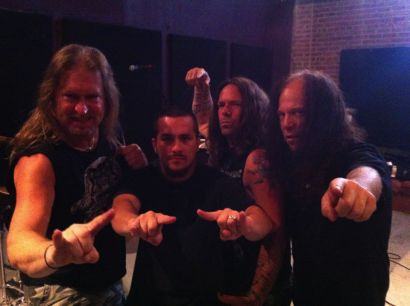 California metallers VICIOUS RUMORS have released the video for the title track, “Electric Punishment”. The record was released on May 7 in North America via Steamhammer/SPV and was recorded by Pontus Norgren of HAMMERFALL, mixed by Juan Urteaga and produced by VICIOUS RUMORS guitarist Geoff Thorpe.

Thorpe commented: “I had a few problems with my fingers; that’s why I was glad that Bob was there to help. Otherwise, it probably wouldn’t have been possible to stick to our tight production schedule.”

VICIOUS RUMORS will kick off the “American Punishment” tour on September 19 in Oklahoma City, Oklahoma with SEVEN WITCHES and POWER THEORY providing support on the trek.