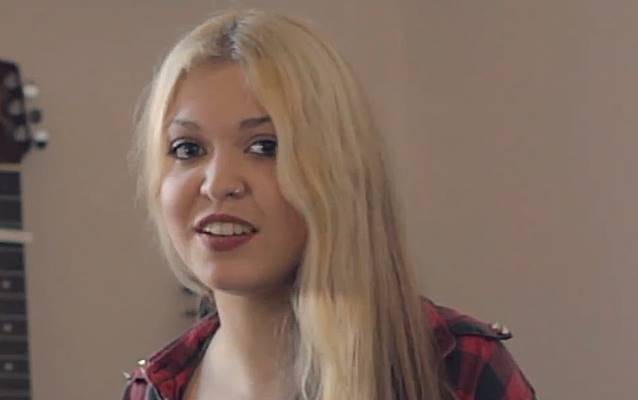 Montreal, Quebec, Canada-based melodic death metallers THE AGONIST have posted a video featuring the first interview with the group’s new singer, Vicky Psarakis, as well as an intimate look at the rest of the bandmembers as they prepare for the release of their new single, Disconnect Me. Check out the clip, titled “The Music Will Prevail”, below.

The Disconnect Me two-song digital single will be released on April 29 via Century Media. These tracks are the first to feature Psarakis.

Commented THE AGONIST guitarist Danny Marino: “Creating this album has been an amazing experience so far.

“Vicky has breathed new life into the songwriting process and we are so excited to share these first two tracks with the world!

“The songs on this album represent a culmination of the past 10 years, as well as a new beginning for THE AGONIST. We’re also thrilled to be back in the studio with our old friend and longtime engineer Chris Donaldson.

“We can’t thank our fans enough for their ongoing support in this new and exciting chapter of THE AGONIST!”

Vicky joined THE AGONIST as the replacement for Alissa White-Gluz, who left the band to focus on her new gig as the frontwoman of ARCH ENEMY.

THE AGONIST’s third album, Prisoners, debuted at No. 19 on the Top New Artist Albums (Heatseekers) chart, which lists the best-selling albums by new and developing artists, defined as those who have never appeared in the Top 100 of The Billboard 200.