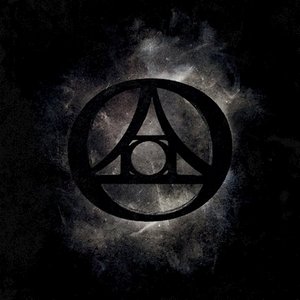 With any release from The Agonist, there’s never a lack for musical diversity. The band, from its infancy, has been all about cultivating a musical landscape that was meant to stand out from the rest of the heavy metal circuit. Whether it was incorporating more modern influences, or neo-classical ones, The Agonist is an ambitious act. Now with their sixth album, Orphans, the band returns once again with something that defies expectations.

Given the musical territory of the first single released from Orphans, “In Vertigo,” The Agonist have gotten a bit darker and heavier for Orphans. If Five saw them moving in a more melodic direction, Orphans takes back some of their more intricate, ‘early days’ technicality and puts it in the forefront. But that potential reach to the past is still countered by the band moving ever-forward with some of the more melodic sensibilities that they have since introduced. “As One We Survive” takes this formula and runs with it, with some catchy, metalcore-esque vibes (see the chorus) and combining them with tech-infused and throttling death metal energy. Likewise, “A Devil Made Me Do It” swaps between more gentle atmosphere and clean singing with a galloping and riff-intensive death/thrash hybrid.

Darkness swirls through each track, with rock-ish moments in “Mr. Cold” and the power/death combo of “Blood as My Guide” taking a grittier approach. But it’s not without some euphoric outbursts though, such as the chorus of “The Gift of Silence” or the triumphant closing rager of “Burn it All Down.” Just as the band’s chops have become more diverse and razorsharp, so has Vicky Psarakis’ vocal prowess. She is chameleon-like as she goes from low guttural roars to genuinely sweet singing in the same song without missing a beat, elevating the tracks as both melody and chaos swirls around her.

The bolstered aggression and darkness that surrounds Orphans suits The Agonist just fine. For a band that continually tries to switch things up and deliver something fresh each time around, Orphans feels like their strongest and most captivating release to date. A twisting and turning experience that grows with each listen.