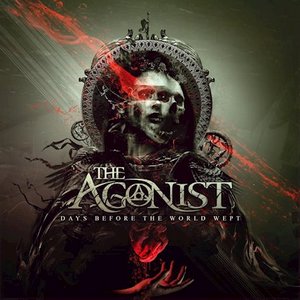 The Agonist’s sixth full-length, Orphans, saw the band shifting back towards more technical and musically complex waters after some increased dabbling in melody on Five.  Days Before the World Wept is a five-song EP that sits as the band’s latest offering.  What it lacks in number of songs, it makes up for in a cohesive story that makes for a release that’s very easy to listen to multiple times in a row.

There’s some tweaks (as always) to The Agonist’s sound with this new EP, but there’s nothing too drastic.  That musical complexity that resurfaced on their last full-length is definitely back once again, and it’s peppered here with some of the most epic sounding themes that the band has put out.  One listen to released single (and lead off track) “Remnants in Time” and you can get a good idea of that feeling.  Soaring operatic parts with an elevated sense of tension lead into more blistering and heavy stuff from the band, with vocalist Vicky Psarakis putting some added polish onto her low growl range and give the songs a more aggressive vibe.  “Immaculate Deception” has a great melodic death underbelly to it, even at its most punishing moments – as such the dip into a melodic moment makes for an excellent transition that works without losing the momentum of the track.  The darkness is ever-present in the music, but at the same time, by the time the closing title track comes into play, there’s a bit of hope and triumph that goes into the melodies and vocal lines, which pairs nicely with the groovy/chunky mid-tempo riffs (Meshuggah almost comes into mind at times) that the track uses as leverage against those glimmering melodic moments.

The Agonist continues to be on the top of their game with Days Before the World Wept.  This conceptual EP is the most cohesive piece of music that the band has developed and it really showcases the overall dynamics that they have been working with up to this point.  It’s dark and heavy, but isn’t afraid of showing a more vulnerable and graceful side from time to time.  Giving us a potent story to really dig into that’s both epic and intimate.