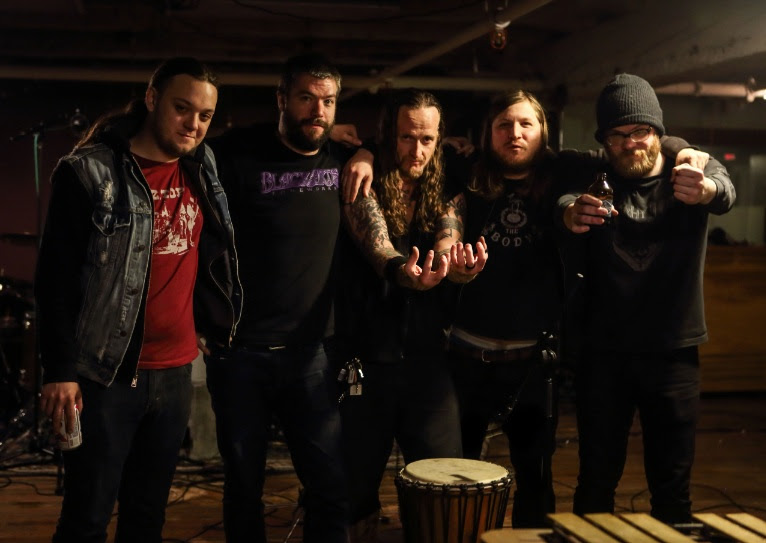 Little Rock, AR’s PALLBEARER are currently at Type Foundry Studio in Portland, OR with legendary producer/engineer Billy Anderson (NEUROSIS, MELVINS, SLEEP, SWANS) laying down the tracks that will become their follow up to 2012’s monumental release, Sorrow & Extinction. This yet-to-be-titled full-length is slated for release later this year via Profound Lore Records on CD, LP and digital formats, and “is one of the most anticipated albums of 2014,” according to a press release.

To say that PALLBEARER has had a whirlwind few years would be a drastic understatement – the band released a three-song demo back in 2010 and followed it up with their debut full-length, Sorrow and Extinction, to massive critical acclaim in 2012. The album received the Best New Music nod from Pitchfork, and was named one of the best metal albums of the year by SPIN, NPR, Rolling Stone, Entertainment Weekly, Stereogum, and countless other outlets. The band toured the globe in support, and hit festivals such as Fun Fun Fun, SXSW, Roadburn, Hellfest and more.